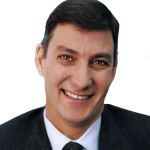 While it has been said many times, the story on looming debt maturities in this issue of REIT reminds us of a fundamental truth of the commercial real estate marketplace: the REIT approach to real estate investment works—and it works well.

As the story reports, maturities on a wave of debt issued during the boom years of the last real estate cycle are approaching, presenting a serious challenge for property owners and investors in the commercial real estate marketplace, where still-depressed property values and stricter bank lending standards make refinancing difficult or impossible.

The situation is measurably different for REITs, since the industry’s debt ratio has been reduced to its historical average of near 40 percent.

REITs have met the challenge of reducing their debt and strengthening their balance sheets by pursuing a course that simply wasn’t open to most other real estate owners: issuing equity in the public markets.

From the REIT market’s trough in March 2009 through October 2011, REITs raised more than $88 billion in public equity. The ability to raise that equity removed doubt about REITs’ staying power and also telegraphed that REITs would grow by becoming active acquirers of properties from distressed private-side sellers. The resulting confidence in REITs helped to raise REIT returns roughly 200 percent percent from March 2009 through last October.

It’s worth reflecting a bit more, though, on the reasons why investors were willing to put their equity into REITs when other types of real estate investments were available – many on attractive terms. The primary answer, I believe, comes back to the advantages of the REIT approach to real estate investment.

In a survey of institutional investors last fall, Preqin, the firm that tracks fundraising in the private equity market, found that 75 percent of institutions were looking for greater liquidity in their investments in the wake of the Great Financial Crisis. Funds with lock-up periods were considered less favorable as investors sought the flexibility to exit their investments at their own discretion. In fact, the survey found that only 6 percent of investors were willing to invest in a vehicle with a lock-up period of more than 24 months. Preqin also noted funds that had adopted better liquidity terms for their investors had been more successful in winning institutional capital.

of having their shares traded throughout the day on major stock exchanges, and institutions have recognized the value of that liquidity. Their recognition is reflected in the fact that, in the first nine months of 2011, U.S. private equity real estate funds were able to raise $17.6 billion – about half of the $33.7 billion in equity raised by publicly traded REITs in the same period.
Through the Great Financial Crisis and the Great Recession, the REIT approach to real estate investment has been “stress-tested,” and it has passed the test with flying colors.