Agree Realty Corp. (NYSE: ADC) has been developing retail properties since 1971 and started developing single-tenant net leased assets in 1997. Now an acquisition program introduced in 2010 is helping to stimulate the company’s growth.

“It has really changed the trajectory of the company. Historically, Agree Realty has always been a developer,” says Joey Agree, the company’s president and chief executive officer.

Since the launch of the acquisition program, Agree Realty has bought $137 million in single-tenant net lease retail assets, nearly 100 percent of which are leased to investment-grade retailers. Between the start of 2010 and November 2012, Agree Realty has expanded its portfolio from 12 tenants in six retail sectors to 36 tenants in 17 retail sectors. Whereas the company once operated in 16 states in 2009, it now has holdings in 26 states.

Agree Realty also now boasts an overall occupancy rate of 98.5 percent, and Agree says both sides of his company’s business are growing. 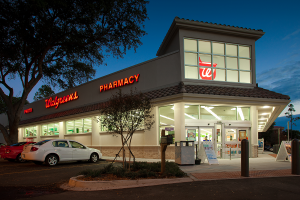 “If you look back to the end of 2009 to 2010 to where the company is today, it’s a pretty dramatic story,” Agree says. “While we continue to develop on a preferred basis for a number of industry-leading retailers, the launch of our acquisition program has broadened the portfolio and  truly given the company a national reach.”

While the focus of both the acquisition and development platforms includes industry-leading, “Web-resistant” retailers, Agree Realty has been able to dynamically change the composition of its portfolio in less than three years, according to Agree. In 2012 alone, the company has acquired or developed more than $100 million of single-tenant net lease retail properties in categories such as pharmacy, automotive and tire service, deep discount grocery, women’s apparel and home improvement.

“It’s an exciting time for the company, because Agree has embarked on a new path that includes acquisitions as well as development of single-tenant net lease real estate,” says Paul Adornato, REIT analyst with BMO Capital Markets. “It allows the company to achieve some size, which is important if you like to attract institutional investors. I think they’ve gotten comfortable with the net lease product and amassed the expertise in-house to do more value-added acquisitions.”

Richard Agree, chairman, founded Agree Realty Development Company. The company did not change its name to Agree Realty until its initial public offering in 1994.

While the acquisition platform has helped the retail REIT to grow recently, Agree Realty has always prided itself first and foremost on its development capabilities. Agree describes the company’s projects as “organic.” Agree Realty does it all: working with retail partners on site selection; sourcing land acquisition opportunities; placing the land under purchase agreement; handling the lease negotiation process with tenants; and overseeing construction.

“We pound the pavement executing on opportunities for industry-leading tenants. These projects, in turn, drive favorable returns for the company and our shareholders,” Agree says.

The company’s development capabilities go hand in hand with its deep relationships with its tenants, according to Agree.

“We have relationships with tenants that go back over 30 years,” he says. “We leverage those relationships across all aspects of our business, and that helps drive wholesale returns to our shareholders. They get to participate in the creation of value from the ground up.”

Agree Realty has completed 12 new projects since 2009 and has an additional five projects underway now. As a preferred development partner for retailers such as Walgreens and Wawa, the company is actively working in the Midwest, Southeast and West Coast. Its development pipeline remains robust, according to Agree.

“We are excited about our pipeline and the unique opportunities that we anticipate will commence in 2013,” he says.

“Most of our tenants are something that consumers want on a convenience basis or want to touch and feel,” Agree says. “We are really targeting industries that we believe are Web-resistant. Either the product is unconducive to the online shopping experience or the service element of the business requires brick-and-mortar traffic.” 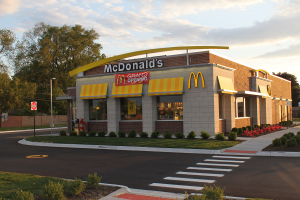 The single-tenant focus can sometimes lead to challenges. In the aftermath of the Great Recession, retailers such as Best Buy, Kmart and Borders have downsized and left vacant spaces in the company’s shopping centers. The Borders bankruptcy left a sizeable vacancy in the Agree Realty portfolio, but Agree says his REIT has bounced back from that and other downsizings.

“We were able to either quickly re-tenant or dispose of all of the former Borders boxes in the portfolio,” he notes. One former Borders site in Pennsylvania is being turned into a Home Goods store. Another in Lawrence, Kansas, will become home to the city’s library system.

Adornato agrees that Agree Realty has “greatly reduced its exposure to troubled tenants.”

“The most notable being Borders, where they have eliminated their exposure. And they’ve reduced their Kmart exposure to 7.5 percent of rents,” Adornato says. “So this has set a very nice growth trajectory for the company.”

Agree says the company works rigorously to assess the health of its tenant base.

“We are constantly reviewing our portfolio seeking to cull weaker assets and redeploy proceeds into net lease acquisitions that will enhance the portfolio and produce stronger returns for our shareholders,” Agree says.

Agree notes that the company has been busy recently as overall portfolio occupancy has increased. It closed on the sale of three non-core properties, filled the vacancies in the remainder of its former Borders stores, commenced three new development projects and completed a number of acquisitions.

Agree has an optimistic outlook for the performance of the company’s portfolio going forward and said that its balance sheet remains “extremely conservative.”

“Occupancies are high, there’s limited distress overall in the space and it continues to be a supply-constrained market,” he says. “That said, our team continues to produce value-add opportunities that fit our stringent criteria.”

Despite mixed fundamentals in the retail sector, a company like Agree Realty has an advantage in the current, environment, according to Adornato.

“For a niche player, there could be good opportunities,” he says. “The good news is, for the public players, the capital markets are very friendly, meaning they have an attractive cost of capital, so that should provide some advantage over the entrepreneurial players out there.”

Research firm Compass Point, which initiated coverage of Agree Realty in October 2012, noted that “after years of sleepy growth and the sizeable Borders speed bump, management’s recent shift to a more aggressive asset management strategy is solving several long-running problems for the company.” According to the Compass Point analysts, the recent ramp-up in acquisitions on top of a successful long-term development strategy are resulting in a growing company that should attract more investor interest in the future.

Among the primary issues facing commercial real estate in the future, Agree points to the potential for rising interest rates.

“Interest rates will be critical in this business,” he says. “I also think the supply constraint, in terms of new developments coming online, will continue to impact pricing in 2013.”

Recently the company took a number of steps to reduce its cost of debt capital and take advantage of the low interest-rate environment. It has extended and reduced the interest rate on its unsecured revolving credit facility. Agree Realty also entered into two long-term financings: a $23.6 million CMBS loan with Morgan Stanley and a $25 million term loan with PNC Bank. During 2012, the company secured or refinanced $156.5 million in total debt with a weighted average fixed rate of 3.22 percent.

Despite the ongoing softness in consumer spending, with the moves that Agree Realty has made in the last two years, Agree says he’s confident that his company can thrive.

“We went through the Border’s bankruptcy and obviously emerged as strong as ever,” he says.