Mark Zandi Explains it All

Mark Zandi is something of a media “go-to guy” for all subjects economic. Zandi, chief economist with Moody’s Analytics and co-founder of Economy.com (which is now a part of Moody’s Corp.), talked with REIT magazine about his outlook for the global economy and commercial real estate in 2013 and beyond.

REIT: Superstorm Sandy hit the East Coast very hard. Will it have a lasting effect on the economy?

Mark Zandi: By the end of [2012], the economy will be back to where it would be otherwise. The economy between New York and [Washington] was disrupted, but the rebuilding will begin pretty quickly.

Initially, there was a lot of property damage and lost economic activity. Insurers have very quickly issued checks and government aid has poured in. This was a wealthy area, so the businesses had a lot of resources and they will use them to rebuild. People lost their homes and small businesses got flooded out, but from a broad macroeconomic perspective there will be little long-term effects on the economy.

REIT: There was a lot of uncertainty surrounding the run-up to the presidential election. Now that that issue is resolved, what impact will the election have on the economy?

Zandi: It doesn’t make much of a difference that President Barack Obama won over Governor Mitt Romney. The key for the next several years is how the president and Congress address central issues, i.e., the fiscal cliff, the Treasury debt ceiling and achieving fiscal sustainability. On the question of deficit reduction, President Obama will rely more on tax revenue.

Ultimately, how the president and Congress address economic issues will be the key to growth over the next several years.

REIT: Did the country have unrealistic expectations about how long it would take to get out of the Great Recession?

Zandi: Everyone has been rightly impatient; an 8 percent unemployment rate is unconscionable. It’s understandable that people want better, but we had dug ourselves into a very deep hole. We were losing hundreds of thousands of jobs a month at the worst of the downturn, house prices were in a free-fall, stock prices cratered, the financial system was at death’s door and the auto industry wasn’t going to make it. It was all very debilitating and it was unrealistic to think that everything would be better at this point in time.

Having said that, I will add, our economy has made a lot of progress over the past four years and we have righted a lot of wrongs. The economy’s private sector balance sheet of businesses, banks and households is in good shape. Our prospects are good if we can nail down the fiscal issues. We will get out of this a lot faster than most other countries—and certainly faster than the United States did in the Great Depression of the 1930s.

Zandi: The first half of the year will be tricky, because we will be in the middle of the debate about what to do about these fiscal issues. As a result, the first quarter will be soft, and, depending on how it goes, the second quarter could be soft as well.  Assuming the fiscal issues do get nailed down, by the second half of the year, the economy should gain traction.

By late 2013 and going into 2014, growth will be much stronger. Again, the first part of 2013 will be “squishy,” but assuming we solve some of these lingering fiscal problems reasonably well, we’ll be off and running by the end of the year. 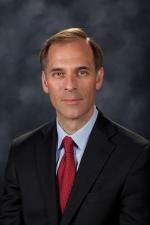 "Capital flows to commercial real estate are slowly repairing, and that’s most obvious in the CMBS market, where there was nothing going on a couple of years ago but there are some signs of life now. I expect that to continue."

REIT: Housing also looks to be improving. What’s your view on that recovery?

Zandi: Housing has gone from being a headwind to now being a tailwind, and that tailwind will blow steadily harder over the next several years.

Construction for housing is very low considering the number of household formations. I do expect a significant revival in housing activity, and that will provide a nice boost to the economy through construction, housing wealth and employment. Multifamily has already begun to recover. Prospects for more construction are good, and demographics are aligned with the need for multifamily housing. Nevertheless, single-family residential has to kick into higher gear.

Although the sector is still very depressed, that will pick up quite dramatically over the next couple of years.

REIT: There seems to be more interest in commercial real estate beyond investors trying to buy distressed properties. What’s your view?

Zandi: Commercial real estate markets are coming back to life. Absorption is steadily improving with the job market. Given the low levels of construction, vacancy rates are starting to decline. The low interest-rate environment combined with improving rents means better pricing. Capital flows to commercial real estate are slowly repairing, and that’s most obvious in the CMBS market, where there was nothing going on a couple of years ago but there are some signs of life now. I expect that to continue.

Everything is pointing to how much better the commercial real estate market will be over the next several years, and that, too, is keyed to broader economic growth.

REIT: Where is Corporate America heading? Generally, companies have been conservative coming out of the Great Recession.

Zandi: It all depends on the outcome of solving our fiscal issues.

The uncertainty in regard to these fiscal issues has been the principal hang-up as to whether businesses remain reluctant to engage or aggressively expand payroll and investments. If we can put the fiscal issues behind, then we have all the makings for much better growth. Businesses will start taking more risk and making more investments, building their fields of dreams, and we will be off and running–to the benefit of commercial real estate, because that means the absorption of space. I do expect it to happen.

REIT: We hear so much about the importance of jobs. When will the unemployment numbers get better?

Zandi: I don’t think we are going to make a lot of progress in the next six to nine months, but I do think by late 2013 and certainly as we make our way into 2014 and 2015, we are going to see more jobs, and that will bring down unemployment.

The unemployment rate will be close to what we might consider full employment, around 5.5 percent to 6 percent, by spring or summer 2016. That goes to how deep a hole we dug for ourselves. Even in my optimistic worldview, it takes at least four years to get back to full employment.

REIT: Shifting overseas, should Americans worry about the problems in Europe?

Zandi: The eurozone will hang together. European policymakers are committed. They are all-in, and that’s most obvious in the moves of the Central Bank over the past year.

There is a lot of risk around the eurozone because of politics; the German electorate has decided to bail because it is paying for the budget deficits of the weaker, peripheral economies. Although there is risk, because the European policymakers are committed and anteed up a lot of euros, they’ll keep it together. It is going to be a slog for Europe in the near term, but it won’t be cataclysmic.

REIT: Despite the rhetoric during the election, a slowing economy in China can’t be helpful to the U.S. economy. Your view?

Zandi: The monetary stimulus that China has already put in place, and that which is yet to come, will turn that economy around, and we will see stronger growth by this time next year. That’s also part of my reason for optimism regarding our own economy—that  the Chinese economy will kick back into gear. It is not going to be a straight line for China, and they are going to have some significant issues ahead, but that won’t come until 2014 or the year after.