PIMCO and the Resilient REIT

The global investment advisory firm, which has its headquarters in Newport Beach, Calif., is widely considered one of the industry’s preeminent voices worldwide. The firm employs well-known names in the investment community who frequently pop up on financial news channels to give their lay of the financial land—founder Bill Gross and CEO Mohamed El-Erian, the firm’s two most visible leaders. Together, Gross and El-Erian also serve as co-chief investment officers.

So, what does PIMCO have to say about REITs? Since the onset of the market downturn five years ago, “the ‘Great REIT Revival’ has been nothing short of remarkable,” the firm said in an article released last year.

Count PIMCO among the growing number of highly visible institutional investors that are backing REITs as an attractive avenue for exposure to the benefits of commercial real estate in investment portfolios. In fact, the Great Recession did nothing but strengthen the firm’s perception of the REIT approach to real estate investment.

Putting REITs to the Test

Since Congress created REITs in 1960, they have given investors of all sizes widespread access to the benefits of commercial real estate investment. It was all a great idea in theory, but in practice there was one big question left to be answered in the minds’ of PIMCO’s investment analysts: What would happen to REITs when they were really put to the test?

“We felt that the REIT model made a lot of sense and would perform well, but, at the same time, the model had never necessarily been stressed,” says Josh Olazabal, vice president and credit analyst with PIMCO.

That changed five years ago. The credit crisis that sent the global economy into a tailspin in 2008 left financial chaos in its wake, cutting across nearly every industry. REITs were no exception. The debt market was closed off to commercial real estate borrowers. Likewise, the market for commercial mortgage-backed securities quickly shut down. Fears about the very viability of the REIT industry spread rapidly. 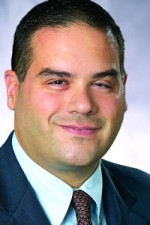 REITs didn’t implode, though. With lending in lockdown and scant options to refinance maturing debt, they turned to the equity markets. With fresh equity capital in hand, REITs went to work stabilizing their balance sheets.

“I think what we saw during the downturn of 2008 and 2009 is that the model was actually stressed by one of the worst downturns that we’re likely to see,” Olazabal says. “It proved remarkably resilient during that period.”

And what makes REITs so resilient? For starters, Olazabal points to what he calls REITs’ “covenant package,” which is tied to their ability to borrow. He credits the package with forcing REITs to manage their capital structures prudently and avoid gorging on debt.

For instance, a covenant package might include the following stipulations:

PIMCO notes that such stipulations on their use of debt have become a matter of course for REITs.

“During the downturn, we saw that those limitations on debt basically kept the companies from going overboard and essentially ensured that they would be viable through the downturn,” Olazabal says. In other words, despite the concerns about REITs’ debt maturities, their balance sheet discipline had kept the financial crisis from having a far greater impact on the health of the industry.

Olazabal also noted that REITs tend to invest in “high-quality properties” in a given market. Longer-term leases also protect REITs during economic downturns, according to Olazabal.

“The amount of [net operating income] that is exposed at any given time is less than otherwise would be the case,” he says.

Taken in sum, the REIT approach to real estate investment proved its mettle during the financial crisis, according to the PIMCO article.

Capping debt incurrence kept REITs’ debt-to-market value ratios lower than other competitors in the commercial real estate marketplace. Additionally, the preponderance of high-quality real estate in their portfolios inoculated REITs against the declines in rents and vacancies seen in lower-tier assets during the downturn. Opportunistic tenants also leveraged the effects of the recession to upgrade to better facilities, which kept demand for REIT space moving along at a healthy clip. The long-term nature of REITs’ leases also kept the downturn from putting too much of a dent in rents.

The strength of fundamentals such as rents and occupancies helped enable REITs to go back to the market in 2009 with a wave of equity offerings that solidified their capital structures.

Now, in 2013, investors can take comfort in the long-term health of the industry, according to PIMCO.

“We believe low default rates and relatively high recovery rates, driven largely by the REIT covenant package, make the sector attractive over the long term—particularly for buy-and-hold investors (there will always be a degree of volatility and illiquidity associated with REITs) looking for exposure to commercial real estate,” the firm wrote.

But is that message getting through to investors? At least in his area of expertise, the answer is yes, according to Olazabal, who points out REIT bond buyers weren’t around in large numbers prior to the recession. That’s no longer the case, he says, as investors’ perceptions of REITs have changed.

“As is the case with PIMCO and some of our peer firms, you’ve seen that expanding over the last couple years as people have become more and more convinced that the model itself works.”