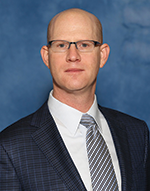 Obviously you had some historically large IPOs in 2013 that influenced the statistics. But I think what you see, more importantly, over a longer period of time is the securitization and institutionalization of real estate ownership. You are seeing more and more ownership in public hands, and I do think that’s a long-term trend that will continue.

I think we’re in a microenvironment, if you will, that will allow more companies to come public in the next year. We’re in a good part of the cycle where fundamentals continue to improve in real estate and in the economy overall. This should provide a backdrop in 2014 that will be conducive to more listed REITs and IPOs

Are there any transactions from 2013 that you think were transformative to the market?

M&A transactions are the most transformative things that happen in our markets. You’ve seen some places, like the net lease sector, where there have been massive consolidation that has certainly been transformative to the sector. Now, you’re going to have a $20 billion enterprise in American Realty Capital (NASDAQ: ARCP), and you still have Realty Income (NYSE: O), W.P. Carey (NYSE: WPC), Spirit Realty (NYSE: SRC) and others that are all quite big, so you’ve seen massive consolidation in that space.

You see a similar pre-consolidation landscape in other sectors, and you wonder if you have the dynamics in those sectors, like the shopping center industry, for example, to create the same consolidation as you see in the net lease sector.

What trends will you be watching in the transactions market?

I think the whole non-traded trend is a very, very interesting aspect of our business that’s emerged. This idea that you have these massive portfolios being owned by individual investors that ultimately will seek liquidity either in the private asset market or the listed market has been a major change. Coming into this year, the amount of equity already invested in these vehicles –something like $80 billion—is just overwhelming and has been growing quickly. These [public, non-listed] REITs have traditionally not been long-term models as investors ultimately look for liquidity leading to listings or other monetizations.

Commercial real estate lending remained strong in 2013. What are you anticipating for 2014?

Wells Fargo has historic levels of deposits, as do many of its competitors, so I think banks are definitely in a posture of wanting to lend.

We are also seeing a tremendous amount of capital from other sources. Whether it is debt funds or CMBS (commercial mortgage-backed securities) shops, there’s a lot of lending capital. The market is evolving, as it normally does—which is to mean providing more aggressive loans, relaxing underwriting standards—and some of that is just that the underlying fundamentals are stronger, and some of it is that people are more willing to take risk, as they should be because the environment is better.

I don’t think we‘ve reached that point. But I think we need to be careful as we have a very accommodative interest-rate posture and the Federal Reserve doesn’t seem to have the political will to try to restrain some of the exuberance in the financial markets.