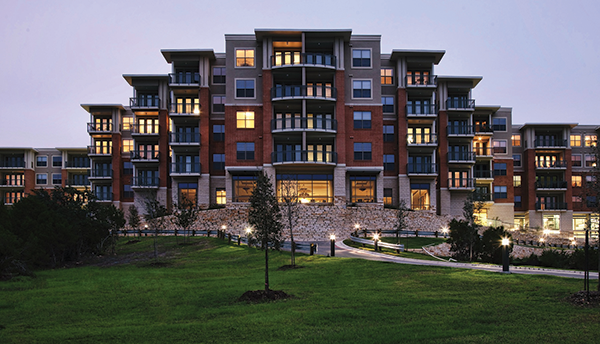 The health care property sector’s demonstrated resilience is expected to be in evidence again in 2014 in spite of pressure from health care reform and potentially rising interest rates. The positive fundamentals that have kept this sector healthy, including demographic trends that increase the need for medical facilities and a good supply-and-demand ratio, are still in place.

Scott Estes, executive vice president and chief financial officer for Health Care REIT (NYSE: HCN), notes that while the sector produced an average total return of 14 percent during each of the past three years, it underperformed in 2013 because of concerns over the Federal Reserve’s potential tapering of bond purchases and the slight increase in interest rates.

Developers are looking for visibility for their medical sites for urgent care centers and primary care offices.
—Laca Wong Hammond, Co-chair of the Building Owners and managers Association (BOMA)

“One particularly hot property sector within health care is senior housing, because this sector has limited exposure to government reimbursement issues compared to hospitals and skilled nursing facilities,” Meehan says. “The big three health care REITs each have half of their portfolio invested in senior housing in target areas with a large population in their 70s and a median income over $50,000.”

“The growth rate of Americans age 65 and older is 50 percent higher than any other age group,” Hammond notes. “The growth rate among people age 85 to 94 is almost 30 percent, which is why you still see lots of investors in this sector.”

Estes says picking high-quality operating partners is critical to the success of Health Care REIT, whose portfolio includes 60 percent senior housing facilities, 15 percent medical office buildings and15 to 20 percent skilled nursing facilities. It has shorter-term and longer-term triple net leases in its portfolio and operates about 33 percent of the senior housing assets under RIDEA through independent contractors.

While Lori Wittman, senior vice president for capital markets and investor relations for Ventas, acknowledges that it’s a little early to evaluate the impact of the Affordable Care Act, in general she believes it will be positive for the sector. The drive to insure millions of people will allow more access to health care through a doctor’s office rather than an emergency room, which will particularly benefit the medical office building property sector since it will increase demand.

Health Care REIT has limited its exposure to government reimbursement issues so that 82 percent of revenue comes from private pay sources.

“I think the increased number of insured people could increase office visits, which is a potential positive outcome of health care reform, but a possible negative outcome could be in operational costs associated with the employer health insurance mandate,” Estes says.

Reform and reimbursement pressure has led to consolidation among health care systems, including partnerships between large systems like the Cleveland Clinic and Community Health Systems, Hammond says.

Doug Whitman, executive vice president of corporate finance for Healthcare Realty Trust (NYSE: HR), says that 83 percent of his company’s portfolio is invested in medical office buildings, 79 percent of which are on or adjacent to a hospital campus.

“We pick the strongest hospital in each market because this brings us a stable tenant base and higher occupancy rates,” says Whitman. “There’s no question, though, that reform has created more focus on which hospital center to choose because the strong will get stronger and the weak will get weaker.”

An important topic of discussion for health care REITs in 2014 will be competition for investments from public non-listed REITs and private equity firms, Estes says. In addition, most REITs are sensitive to the potential increase in development.

“In the late 1990s, when assisted living care came about, there was extremely rapid growth in health care REITs,” Estes says. “Now, we’re hoping development will occur at a more manageable pace. We’re supplementing our acquisitions with some low-risk development in senior housing and medical office buildings, where we require the buildings to be 75 percent pre-leased before we even break ground.”

Estes says a lot of health care real estate is getting old, so he says REITs will need to renovate and build in the next few years.

“Construction today is still relatively modest, and the new supply won’t begin to show up until 2015,” Meehan says. “A lot of the construction is for memory care centers within senior housing because of high demand for those services, which also command higher rental rates.”

Ventas, Wittman says, is building and investing in senior housing in markets with higher housing prices and higher income because returns have been better there than in secondary markets.

“Some companies are looking at retail facilities like a closed Circuit City or Friendly’s to repurpose for medical facilities,” Hammond says. “Developers are looking for visibility for their medical sites for urgent care centers and primary care offices.”

Meehan says all three of the largest health care REITs are interested in expansion in Canada and the United Kingdom. Canada represents an acquisition opportunity for senior housing, but in the U.K., there are development opportunities because most facilities are older, he says.

“Thirteen percent of our net operating income (NOI) comes from our portfolio of properties in Canada and the U.K.,” Estes says. “Our strategy in both countries is to invest in the best assets with the best operators in the top MSAs. Our partners in both countries are leading, high-end companies with a private pay focus and little exposure to government reimbursement. In the U.K., our facilities are newer and larger than the average senior housing facilities in the country, and we’ve also begun developing new properties there.”

Estes says they’ll look at other countries for future global expansion, but have so far focused on the U.K. and Canada due to the ease of working in English-speaking countries with a similar culture, options for senior housing and tax issues.

Health care REITs are cautiously watching the implementation of health care reform and the impact of new development on the sector. In addition, Wittman says the biggest challenge to the sector is the prospect of rising interest rates.

“Of course, just like everyone else, we’re waiting on the growth of the economy,” Wittman says. “However, our sector is a great place to be with all the fundamentals in our favor. It’s a large and fragmented sector, so good companies have lots of opportunities to take advantage of those fundamentals.”