REITs Deserve a Place in Your Portfolio 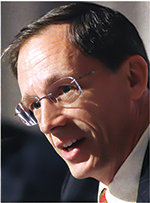 This issue of REIT features an interview with Burton Malkiel, Chemical Bank Chairman’s Professor of Economics, Emeritus, at Princeton University and the author of one of the most influential books on portfolio management ever written: “A Random Walk Down Wall Street.”  In the interview, Malkiel states that REITs “deserve a place in all portfolios” for their generous dividends, their competitive rates of return, their inflation-hedging potential and their ability to provide diversification. These fundamental investment benefits are the foundation of the REIT investment proposition.

The healthy dividends of REITs also have helped provide a buffer against inflation. In all but two years during the 20-year period through 2012, listed equity REITs’ dividends outpaced inflation, as measured by the Consumer Price Index. Over the same 20-year period, REITs helped to lower the volatility and improve the returns of diversified portfolios through their relatively low (56 percent) correlation with the broader equity market.

The healthy dividends of REITs also have helped provide a buffer against inflation.

Last year, NAREIT continued to take these fundamental messages about REIT investment to the institutional investment community through almost 400 direct meetings with decision-makers at many of the largest and most influential investment organizations, which collectively account for more than $36 trillion in assets under management or advisement.

Among target date fund providers, UBS’s maximum REIT allocation is 15 percent, and BlackRock’s and PIMCO’s maximum allocations each are 12.5 percent.

In 2014, NAREIT’s Investor Outreach team plans to build on these gains. We will be taking the REIT story to still more investors–in the U.S. and around the world–and demonstrating why, in Malkiel’s words, REITs “deserve a place in all portfolios.”