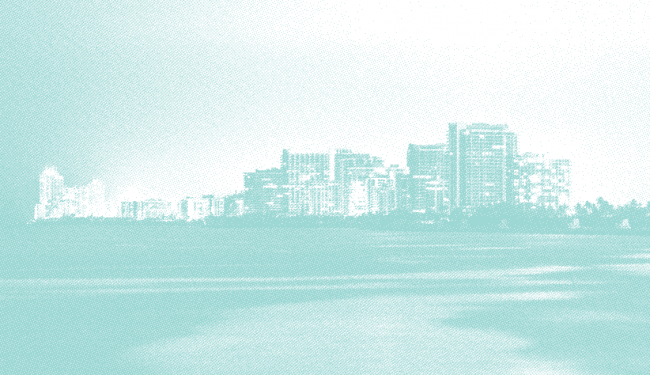 An improving U.S. economy is setting the stage for a robust performance by the commercial real estate market in 2014.

Higher interest rates may loom ahead, but most commercial property landlords and investors are gearing up for positive returns and healthy earnings growth on an expected rise in U.S. employment and gross domestic product this year. The greater economic traction combined with constraints on supply will likely provide fertile ground for rising rents and occupancy rates as demand for space continues to increase for all major property types, economists and investors say.

“All the fundamentals of our business are getting stronger and…better quarter by quarter,” says David Henry, CEO of Kimco Realty Corp. (KIM), one of the nation’s largest neighborhood and shopping centers operators.

“Our earnings are going up because the (economic) recovery is in full force and effect,” he says. “In every sector, we’re seeing improvement in terms of rents, occupancy and leasing spreads.”

Interest rate fears rattled publicly traded REIT share performance during the last half of the year, with the sector posting relatively flat results for the year. The overall results fell below the highs of the year and lagged returns of the broader stock market.

Jay Leupp, a managing director and portfolio manager at Lazard Asset Management who oversees global real estate strategies, says REITs will likely deliver total returns of approximately 10 percent in 2014 amid GDP growth of up to 2.8 percent and a drop in the unemployment rate to 6 percent.

“The macroeconomic backdrop comes with its bright spots and risks,” says Leupp, noting the biggest market risk is the trajectory of U.S. interest rates as the Federal Reserve fades out its economic stimulus plan.

Many analysts and investors anticipate interest rates will rise on stronger economic growth this year, a scenario likely to benefit commercial real estate.

Investors panicked last spring when the 10-year Treasury bond spiked up a full percentage point after the Fed said it would pull back its $85 billion monthly purchases of Treasury securities and agency mortgage-backed securities. Investors were worried that commercial landlords would face higher borrowing costs, making it more difficult for them to refinance their debt and repair balance sheets. REIT dividends, which attracted a large swath of yield-hungry investors since the downturn, were considered less attractive in a higher rate environment compared to other higher-yielding investments. As a result, REITs, which have outperformed the S&P 500 Index seven out of the last 10 years, saw some investors defect to technology and consumer stocks.

Interest rate concerns cooled a heated rise in commercial real estate values, which have been virtually flat since last May, according to Green Street’s Commercial Property Price Index. The index, which tracks properties owned by 47 real-estate investment trusts with over $500 billion in assets, is up 4 percent over 2007 peak levels.

Sullivan said REITs can withstand a higher interest rate environment because many companies have significantly reduced their debt burdens since the downturn. “Rising rates would have a smaller impact now than if companies carried greater amounts of debt,”  he said.

Many economists say the Fed isn’t likely to raise interest rates much further this year because the economy is still in a delicate recovery. In fact, most economists and investors anticipate modest GDP growth between 1.8 percent and 2.8 percent in 2014.

“Economic growth should be a little stronger in 2014. Even if  growth is the same as last year’s, that’s good for real estate,” says Glenn Mueller, a professor at the Franklin L. Burns School of Real Estate and Construction Management at the University of Denver and real estate investment strategist for Dividend Capital.

Mueller says a stronger economy fuels demand for real estate because it inspires corporations to expand and consumers to up their discretionary spending. This environment is a boon for office, industrial, hotel and retail properties for which new tenants have few options for available space. “In 2013, we hit the lowest rates of new supply in all five major property types in 42 years,”  Mueller says.

“We’re optimistic about the overall state of capital markets as we head into 2014,” says Harris Trifon, global head of commercial real estate debt at Deutsche Bank. “We think it’s going to be an active marketplace.”

“The conventional wisdom is that a rising tide lifts all boats, but some will be lifted higher than others.”
—Victor Calanog, Vice President of Research and Economics Reis Inc.

Indeed, the CMBS market is projected to originate at least $100 billion in issuance in 2014, up from the $80 billion estimated last year, according to a recent report by the Urban Land Institute. Those estimates mark the largest volume of CMBS issuance since the market’s 2007 peak of $230 billion, according to the report.

“Generally, there is going to be a larger pool of companies that are going to be able to finance and close deals,” Trifon says. He adds that he expects REITs will be even larger players in the CMBS market as it gets increasingly more expensive to raise capital in equity markets.

The CMBS market has become more receptive to REITs because of their stable returns and growing net operating incomes on their properties. As such, a larger number of properties that might not have qualified for CMBS deals will be able to get over certain hurdles in 2014, Trifon says.

The one corner of the capital markets that will likely see less action from real estate companies in 2014 is the equity market. After five years of record-setting equity issuance, going that route is becoming increasingly costly.

After the CMBS market was shutdown during the downturn, REITs turned to equity markets in droves to raise needed capital. Last year, REITs issued roughly $70 billion in IPOs, debt and secondary equity offerings; about half of this volume was in secondary common and preferred equity.

While a stronger economy should improve commercial real estate broadly, the impact will be felt more positively in some sectors, analysts and investors say.

“The conventional wisdom is that a rising tide lifts all boats, but some will be lifted higher than others,” says Victor Calanog, vice president of research and economics at Reis Inc. “You will see some sectors and properties doing well, turning the corner or muddling along.”

Sectors seen in some circles as facing headwinds this year include student housing and data centers as companies try to match new construction with current levels of demand. Additionally, the sectors best positioned to thrive this year are those that operate relatively short-term leases, such as hotels, apartments and self-storage companies, investors say. These sectors, which typically lease for a year or less, are able to raise rents quickly to counter rising rates compared to health care and net lease landlords, which usually have lease agreements longer than 10 years.

Leupp says the multifamily sector is among his top picks this year, even though rent growth is expected to slow from accelerated increases over the past few years amid creeping supply, mounting competition from single family homes and stagnant wages. He says the multifamily operators in high-barrier markets such as Los Angeles, San Francisco and Boston are poised to outperform. These markets attract higher-earning and younger professionals who are delaying  home ownership. The monthly rental rates in these markets are still cheaper than the cost of a mortgage, especially as interest rates rise.

Regional malls, which have underperformed in recent months amid concerns about declining retail sales, are another big bet among investors this year due to nearly non-existent new development. Mall operators, particularly the REITs that own higher-end malls and outlets, have also thrived by catering to high-income customers least impacted by the slow economy.

Office landlords with properties concentrated in major cities are also expected to fare better this year as a growing number of employers and young professionals flock to urban areas.

“They are in a much better position in terms of leasing space than in suburban office markets,” Calanog says. He notes that suburban office landlords are still struggling with high vacancy rates as a consequence of overbuilding during the market peak.

Jeung Hyun, a portfolio manager at Adelante Capital Management in Oakland, Calif., says investors may continue to cast an eye this year on shopping center REITs, given that new development is nearly non-existent. Although investors have grown keen on shopping center landlords, the sector continues to grapple with a  supply overhang from the housing boom. Small mom and pop tenants are running into problems securing financing to open new stores, redevelop existing facilities and pay higher rents. As a result, the sector has seen one of the slowest recoveries in commercial real estate. According to Reis, vacancy rates from neighborhood and community shopping centers have dipped to 10.5 percent in the third quarter from an all-time high of 11 percent.

Henry says that although market rents in the sector are still far from historical highs, a stronger economy and favorable population trends bode well for shopping centers in the future.

“You still have 3 million people a year in terms of population increase (in the U.S.). In our business, that means three million people need their hair and nails done and drug stores and dry cleaners,” Henry says.

He adds that store expansions among franchises like Subway and the Dollar Stores will help absorb a lot of vacant space and that new construction of shopping centers remains at a 35-year low.

“Retailers do not have the patience to wait three to four years for new projects to come on stream (and) rents are still not back to the (peak) levels it would take to justify new development,” says Henry, who adds that rental rates would have to surge between 20 percent to 25 percent for new development to make sense.