Apartment Demand: Better, But Different, Than You Thought 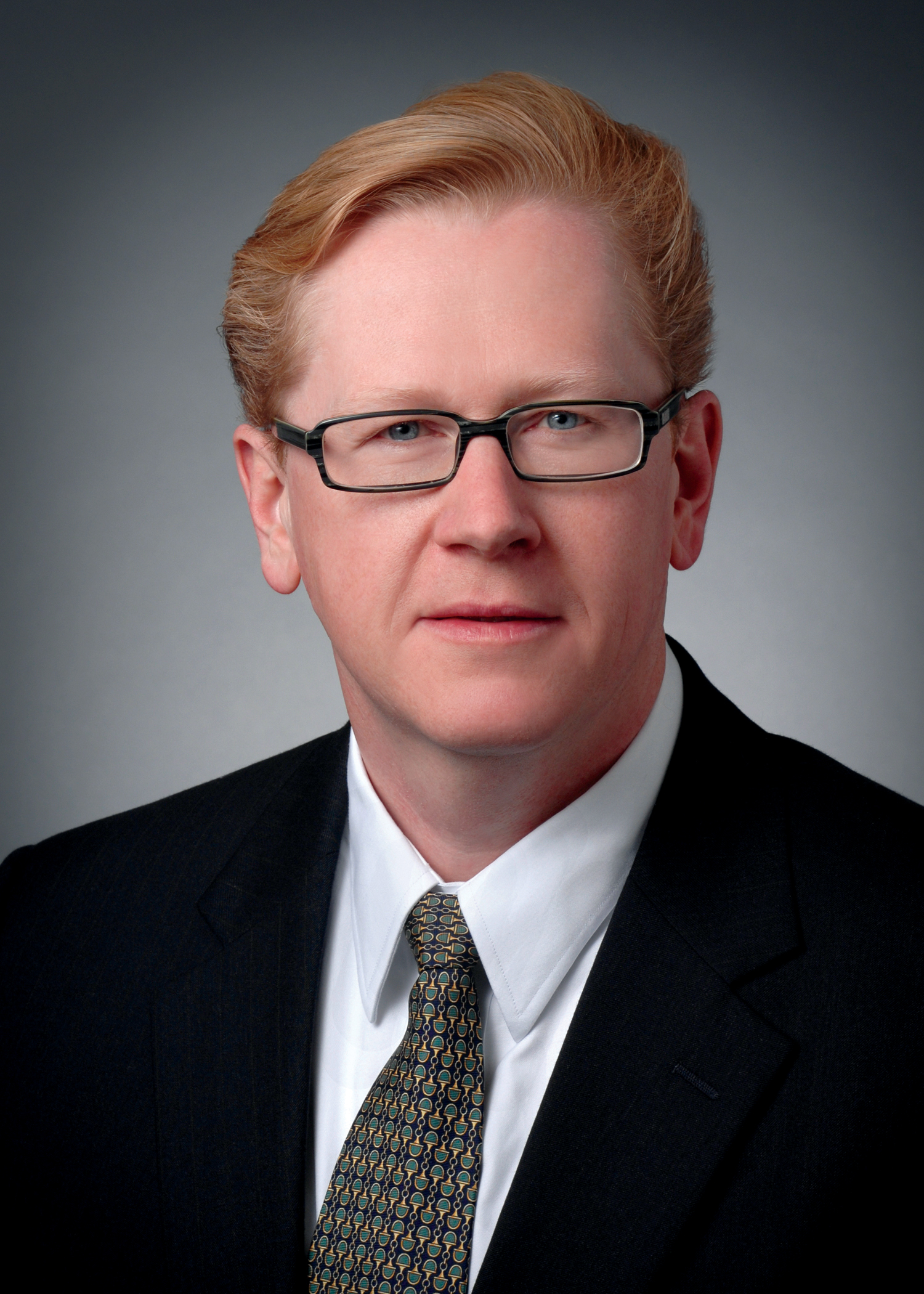 Much has been written about oversupply in the apartment market, and certainly too many newly constructed class-A units are chasing far too few new class-A renters in some neighborhoods. However, there’s also a lot of gas in the tank on the demand side. Many neighborhoods will also prosper, experiencing renewed demand and rent growth. Let’s look at a couple of non-intuitive drivers for demand that will be important in 2015 and beyond.

First, millions of middle-aged Americans have become—and will continue to be—renters, not homeowners. That reservoir of demand differs greatly from that of the 20-to-34-year-old echo boomers sought by most real estate investors. In 2004, the highest average homeownership rate of any age cohort belonged to the 55-to-64-year-old group at about 82 percent. But many of these folks lost their homes in the Great Recession, and this group now averages a homeownership rate of about 77 percent. Likewise, the homeownership rate for 45-to-54-year-old age cohort averages just over 70 percent today, versus 75 percent historically.

Together, members of both cohorts have added more than 2 million more renter households to the market today than would have been the case had their homeownership rates held at the 2004 level. And the characteristics of demand from these middle-aged people don’t match what’s offered in most units being built today; in fact, these renters tend to be more suburban, class-B tenants. Also, they lean towards bigger units, often renting single-family homes to accommodate a lifetime of accumulating stuff. For investors, one way to tap into this market is via the single-family REIT market that has sprung up in recent years, or programs aimed at workforce housing.

That said, echo boomers are a demographic tsunami and are uniquely positioned to drive apartment absorption in 2015. Although they are underemployed as a group today, they are now increasingly getting jobs, and new jobs translate into apartment leases pretty quickly. 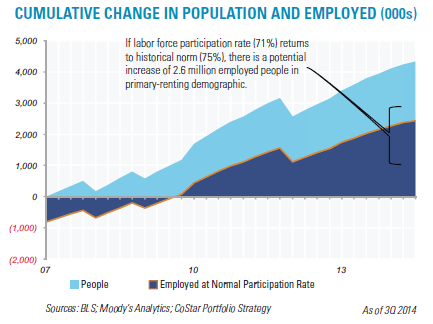 As shown in the light blue area in the graph shown here more than 4 million more people are in the 20-to-34-year-old demographic now than in 2007, before the onset of the Great Recession. The dark blue area illustrates how many more people in this age group would have been employed, 2.4 million, had they held jobs in September 2014 at the same rate that they did before the recession.

But for the 12 months ending September 2014, job growth for this cohort accelerated to a 2 percent growth rate, almost twice as much job growth for them as in the previous two years. These kids will move out of their parents’ basements in droves in 2015, and that will drive a lot of apartment absorption.

The consensus calls for continued economic growth in 2015. If that pans out—and I think it will—these two very different generations in the housing rental market will create solid demand.