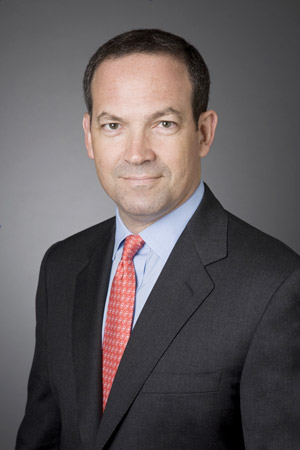 Scott Schaevitz is co-head of Americas real estate investment banking with Barclays. Prior to joining Barclays in 2008, he served as a Managing Director in the real estate investment banking groups at Lehman Brothers, Wachovia Securities and Prudential Securities. He began his career at E.F. Hutton & Co. Schaevitz received a B.A. from Tufts University and an MBA from New York University.

Looking back at 2014, were you surprised at all by the overall level of activity by REITs in the capital markets?
Capital raises by REITs were at a healthy level, but below the volume we saw in 2013. The lower level was due primarily to a decline in follow-on equity offerings. REIT share prices performed very well, handsomely outperforming general indices. However, the acquisition market was challenging and  many REITs simply did not have a use for the capital they could have raised in the equity markets. We believe REITs would raise more money if they felt they had attractive acquisitions lined up.
Many REITs are trading above their NAVs and, as such, have a “green light” to acquire.   However, some have difficulty accepting current asset pricing. Asset values have been pushed up by a wall of capital competing for assets. Money has been coming in from sovereign wealth funds, non-traded REITs and private equity funds. Buyers are aided by a slew of CMBS and balance sheet lenders. The wall of capital is pushing asset values to new heights in many property types.
What about IPOs, specifically, in 2014?
We saw a lower level of IPO activity in 2014 versus 2013. This was due, in part, to the strong “bid away:” existing public companies or private buyers were willing and able to pay valuations above what could be achieved in an IPO. So, from a purely economic point of view, it made sense for some existing owners to sell versus pursue an IPO.
Early in the year, IPO activity was focused on smaller issuers. Smaller IPOs face additional challenges as they try to become relevant to institutional buyers. Buyers have only so much bandwidth and may be reluctant to invest the time to get up to speed on a smaller company with limited float. Even if a company has great growth prospects, a small float may limit how much a buyer is willing to hold. As such, smaller companies may have higher cost of capital, which would place them at a disadvantage to larger peers.
What’s your forecast for 2015 on the IPO front?
We feel that strong management teams with good track records and solid growth stories will continue to have access to the IPO market. Investors feel REIT IPOs are a sector that is working.  Recent deals [like Paramount Group (NYSE: PGRE)] and the REIT index as a whole have performed well.
REIT IPO volume may be challenged by the continued strong “bid-away” we expect to see in 2015. Real estate buyers in the U.S. include capital sources that want assets, as well as capital sources that want assets that come with management teams to help grow the business.
Are there any specific real estate sectors where you expect to see more mergers and acquisitions than others?
There are certainly a few sectors that have more public companies than most investors feel are necessary. Additional public-to-private activity will be driven by REITs’ interest in selling off their lower quality assets. With a deep bid, even for B-quality assets, REITs can sell assets that will have the effect of upgrading their remaining portfolios.
With low borrowing costs and increased private market real estate valuations, go-private activity could accelerate. However, the activity tends to have less correlation to property type and more correlation to company specific situations—whether management or activist driven.
Private-to-public activity will be driven by REITs that are trading above NAV on the one hand and public, non-listed  REITs and private portfolios on the other.
Search categories
Capital markets
Market Analysis & Research
x