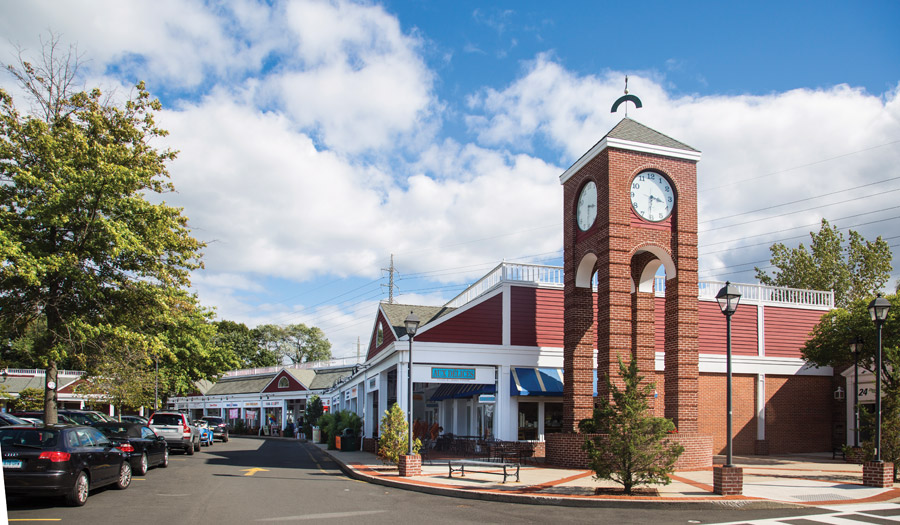 Urstadt Biddle Properties Inc. (NYSE: UBA) has deep roots stretching back to the earliest days of the REIT industry. However, it was a strategic decision in 1988 that altered the company’s course and continues to shape its direction.

As Urstadt Biddle Chairman Charles Urstadt explains, Merrill Lynch created the REIT, known originally as Hubbard Real Estate Investment Trust, in 1969. Merrill Lynch’s strategy in those early days of the REIT industry was to be active in as many property types and geographic areas as possible. Urstadt joined Hubbard’s executive board in 1975 and a decade later as unsalaried chairman was instrumental in the company becoming self-managed in 1986.

The most significant decision made by the newly independent company’s leadership occurred two years later in 1988 when it decided to focus exclusively on one type of real estate in one locality. The company’s goal was to become a dominant shopping center REIT in the affluent suburbs of New York City.

With Stop & Shop, TJX Companies, A&P Supermarkets, Bed Bath & Beyond and CVS among its top 10 tenants and occupancy levels exceeding 94 percent, Urstadt Biddle has executed on that strategic vision.

There’s a catchphrase at Urstadt Biddle that underscores its vision: Little is lovely, profits are sanity, and size is vanity.

“We’d rather be little and lovely than the biggest,” says Willing “Wing” Biddle, the company’s president and CEO. Biddle is also the son-in-law of Charles Urstadt.

Choices Made in 1988 Shaped Today’s Company

With an “unmanageable” roster of diverse properties in 22 states after breaking away from Merrill Lynch, Urstadt says the company began to sell off hundreds of millions of dollars in office and industrial assets. At the same time, it embarked on building up the retail strip center-portion of its portfolio, its chosen area of focus.

Craig Kucera, analyst at Wunderlich Securities, notes the advantage of the company’s chosen geographic focus. “It’s definitely in much higher per-capita income markets than any other (shopping center) portfolio because of the concentration in the general New York City area,” he said.

While there are still some portfolio outliers, Biddle said they are being evaluated. He points to the recent sale of the Five Town Plaza Shopping Center in Springfield, Mass., which had been owned by Urstadt Biddle since the 1970s. “We feel there’s enough property in our market, where we know it, to stay in our backyard,” Biddle says.

The approximately $31 million in proceeds from the Springfield sale enabled the company to purchase two shopping centers in Greenwich. The company also acquired four centers in northern New Jersey.

“That’s illustrative of how we continue to transform the portfolio,” Biddle states. “We’re a pure play retail REIT in really good markets.”

As Urstadt Biddle seeks to expand its portfolio, Biddle acknowledges the challenges involved in finding new sites in its targeted high-quality, densely populated areas. “In our market, if you have a good property you tend not to want to sell it,” he said.

Faced with a tightly held market, Urstadt Biddle has employed a successful strategy of long-term engagement with many of the families that hold retail property in the New York City suburbs.

“We’ve spent a great deal of time talking to owners, working with owners, so that when they are ready to sell, hopefully we’re the ones that they go to,” Biddle explains.

As an example, Urstadt Biddle’s $124 million purchase of four New Jersey properties came about after it had negotiated with the owners over the course of eight years.

“We have a very good reputation in this area as being a fair dealer. People know us and know we have money and pay good prices for properties,” Biddle explains. “We’ve proven to Wall Street and ourselves that we’ve been able to continue to buy these good properties. There’s no substitute for shoe leather and perseverance, patience and hard work. That’s how you get acquisitions done.”

Kucera underscores the importance of Urstadt Biddle’s long-term approach to investing in these high barrier-to-entry markets.

The company’s employees “know everyone in the market,” Kucera says. “They’ve been there forever. They’ve got good relations with the brokers and sellers themselves. They are patiently waiting for sellers to sell at what they think is an appropriate price and what fits their cost of capital and the hurdle they need to hit for deals to pencil out.”

Hand in hand with Urstadt Biddle’s acquisition strategy is a focus on upgrading its portfolio. One of the company’s biggest projects is a 185,000-square-foot-center in White Plains, N.Y. Urstadt Biddle has completed a two-year process to change zoning on the property, allowing it to build a 860,000-square-foot mixed-used property on the site. Urstadt Biddle, working with a joint venture partner, expects construction to start in January 2016.

Urstadt Biddle’s narrow focus has not always been popular in the capital markets. “Back in the 1990s, we had so many investment bankers saying we were too focused and needed to diversify” by entering joint ventures with institutions to grow the portfolio, Biddle recounts.

While Urstadt Biddle will participate in joint ventures for individual acquisitions, it opted not to operate a joint venture program with institutional investors because “we felt it’s so hard to find good properties, according to Biddle.

We’d rather keep all the equity for our shareholders, rather than bring in an institutional partner who you have to kowtow to, he says. “We wanted to keep this company as simple as possible.”

Another criticism leveled at the company was that it was too conservative and should lever up the balance sheet. The decision not to take this approach was vindicated in 2007, according to Biddle, when Urstadt Biddle was one of only a handful of retail REITs that didn’t lower its dividend. In fact, Urstadt Biddle has paid a dividend for 45 straight years and has increased its dividend for the last 20 years, “a fact we take great pride in,” Biddle says.

While Kucera at Wunderlich Securities sees potential for Urstadt Biddle to take on more leverage, he acknowledges that the approach does not fit the management team’s strategy. “They want to continue to run a little bit more of a conservatively managed balance sheet and business going forward,” he said.

Even though the company’s simple, straightforward approach targeting a specific property niche has served it and its shareholders well for nearly 30 years, the company’s management team is not ruling out making a strategic shift akin to what occurred in 1987.

If opportunities arise outside of its core market that are too good to pass up, the company won’t be afraid to branch out. “We’re keeping our eyes open,” Biddle adds.