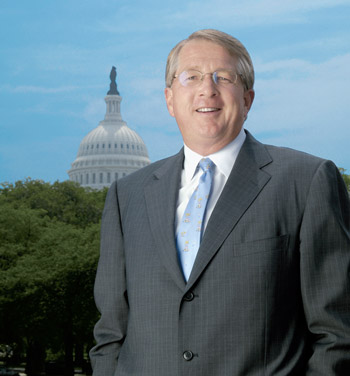 Ken Kies is the managing director of the Federal Policy Group, LLC, which advises clients on tax policy matters before Congress, the Treasury Department, the Internal Revenue Service and the OECD. Kies served as the chief of staff of the Congressional Joint Committee on Taxation (JCT) from 1995 until 1998. He left the JCT for PricewaterhouseCoopers LLP, where he was co-managing partner of the Washington National Tax Services office.

What combination of control of the House of Representatives, Senate and White House is best to maximize the chances for fundamental tax reform after 2016?

The answer to that is really straightforward: Republicans have to control the House, Senate and White House to have any real chance of tax reform.

The Republicans and Democrats are so far apart on these issues that the notion you could get a compromise between them just isn’t realistic. Barring a meteor hitting the earth, the GOP is going to control the House. If that’s a given, then you need a Republican Senate and White House to maximize the chances of fundamental tax reform.

That’s what [Speaker of the House] Paul Ryan (R-WI) is hoping for.

What does the passage of the PATH Act at the end of 2015 mean for tax reform? Does it reflect a willingness on the part of Congress to do comprehensive tax reform in a more piecemeal fashion?

If you listen to what [House Ways and Means Committee Chairman Kevin] Brady (R-TX) and Paul Ryan and [Senate Finance Committee Chairman] Orrin Hatch (R-UT) are saying, they all want to do comprehensive reform. Maybe the continued focus on international transactions will cause them to act on a separate basis for international reform, but there’s no evidence that they are moving in that direction at this time.

The most likely scenario is that in 2016 a lot of work is done on tax reform, but nothing is enacted. In 2017, if the stars align, maybe something gets done then.

What do the PATH Act reforms to the Foreign Investment in Real Property Tax Act (FIRPTA) mean for the real estate industry?

It’s a win because it loosens the rules under which foriegn investment can occur. It’s something the industry has been pushing for for a long time.

It will attract more capital, and capital is the name of the game in real estate.

What items will Congress address next year to improve the economy and maintain positive momentum?

I take exception to the question. It presumes there actually is positive momentum, and I’d argue there’s not much.

Unemployment is still too high. Workforce participation today is at its lowest level since 1977. Really, the economy is barely chugging along.

As for what Congress might do in 2016 to improve the economy, probably not much. The schedule for 2016 shows that Congress is barely going to be in session next year.

Unless we have some dramatic negative development in the economy, my guess is that Congress and the White House won’t be working together any time soon. They don’t get along.