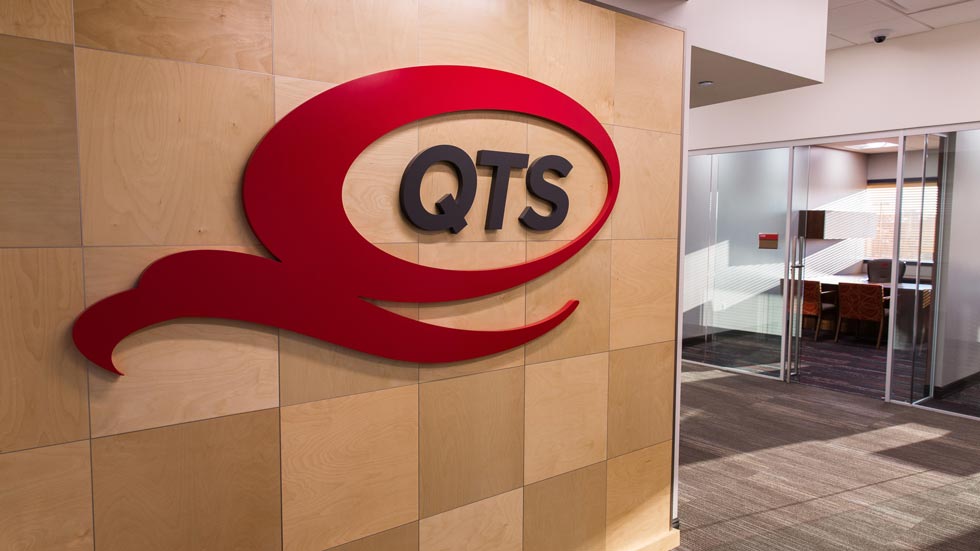 When the printing presses stopped at the Chicago Sun-Times plant in 2011, the future of the 317,000 square-foot building once occupied by 400 employees was unclear. While the publication’s printing picked up in a new location, city and state officials hoped to attract a data center developer to the former plant at South Ashland Avenue.

“Illinois’ assets, including a high concentration of transcontinental fiber lines, some of the lowest electrical costs in the United States, and a growing technology business sector make the state a national leader in the recruitment of data storage centers,” says Acting Illinois Department of Commerce and Economic Opportunity Director Leslie Munger.

These assets helped attract Kansas-based REIT QTS Realty Trust, Inc. (NYSE: QTS), which acquired the site for $18 million in 2014 and redeveloped it into the 475,000 square-foot QTS Chicago,─one of the largest data centers in the city—in July 2016.

“This data center restored an iconic building and gave it a 21st-century purpose,” said Chicago Mayor Rahm Emanuel in a statement issued for the grand opening. “Chicago is a global hub for innovation and technology, and this QTS data center will help the city build on that reputation for years to come.”

Today, QTS Chicago is a state-of-the-art hub for some of the city’s largest businesses and has transitioned from an icon of the print industry to a symbol of the new digital economy.

Founded in 2003 by current Chairman and CEO Chad Williams, QTS Realty Trust specializes in “providing secure, compliant data center solutions” through a software-defined technology platform. This includes leasing space (with high demands for power and cooling) to more than 1,100 customers, including technology companies, enterprises, and government agencies. Its initials stand for “Quality Technology Services,” and in the past 15 years it has grown its portfolio to the ownership and management of 25 large-scale data centers across 14 markets, totaling more than 6 million square feet.

According to Chief Revenue Officer Clint Heiden, the REIT is always on the lookout for “infrastructure-rich buildings”—sites that have extensive access to affordable power and networks in geostrategic markets.

“As a data center REIT, QTS has the access to capital and expertise to transform them into mega data centers engineered to serve the requirements of the most demanding enterprise and government organizations,” Heiden says. QTS has successfully converted everything from large retail buildings to semiconductor manufacturing facilities, and the former printing plant offered a unique opportunity.

The same structural integrity that had accommodated multi-ton printing presses in its previous life also gave the building “good bones” to support heavy electrical infrastructure in the center of the building. Situated downtown near the Chicago River and Interstate 55, the plant’s location and access to power were also two big pluses.

“Chicago was the ideal location for a mega data center like QTS Chicago, based on increasing levels of demand with limited inventory, especially for large enterprise and hyperscale needs,” Heiden says. Its large 30-acre campus also provides room to grow for QTS and its clients. “Having the first of two buildings capable of delivering 40 MW (megawatts) of critical power provides confidence for large enterprises looking to rapidly secure larger capacity deployments,” Heiden adds.

According to QTS, a data center is composed of an “unseen ecosystem” of local businesses, suppliers, and vendors who provide systems and security. In this unique ecosystem, brick-and-mortar providers—like civil engineering firms and power utilities—collaborate with innovative software, cloud, and IT security companies in a commerce platform aimed at fueling local business growth. Data centers securely house data processing servers, networking, and storage systems.

QTS estimates that more than 25 million terabytes of data are created in the world on any given day, and it’s increasing exponentially—90 percent of global data was created in the last two years alone.

“The reality is that all that data is traversing networks and data centers that are critical to job creation and innovation in the modern economy,” Heiden says. “Large data centers are involved in virtually every online transaction and are at the heart of physical and virtual business models, ranging from stock trading to software-as-a-service to cloud computing. This can amount to trillions of dollars in transactions in a single day.”

The infrastructure that helps connect the city also attracts top-tier talent and companies to the Chicago area and Midwest by providing local access to global platforms. QTS Chicago currently hosts several large and mid-size enterprises, from home-grown Chicago companies to some of the world’s largest cloud providers like Amazon Web Services. While QTS can’t disclose the names of the majority of its clients due to security restrictions, Heiden says they “encompass a variety of industries such as health care, manufacturing, retail, financial, and technology-focused firms.”

“The QTS presence in Chicago has allowed a cloud company like ours to share facilities with global cloud powerhouses and at the same time work with a company that has helped transform the area in which they reside,” says Brandon Viamonte, ComputerTalk’s vice president of sales and business development.

“They provide top-notch managed services focusing on what they do best, so we can save money and put more resources into areas that are more productive for us,” Viamonte adds.

In the last decade, Chicago has risen as the technology destination of the Midwest. “We are experiencing the benefits of an administration that has worked to create a more business-friendly environment and [an] expanding of Illinois’ technology portfolio,” Munger says.

At a macro level, QTS says increasing the presence of data centers can benefit companies and communities alike. Research by the U.S. Chamber Technology Engagement Center suggests that building data centers can benefit local economies. “On average, during the construction of a typical data center, 1,688 local workers are employed, $77.7 million in wages are paid, and an average of $243.5 million in output is generated,” Heiden says. Additionally, an average data center is expected to produce $9.9 million in revenue for state and local governments.

From the business side, QTS has witnessed growth from its investment and has also taken on a role advocating for data centers in the Midwest market. “QTS Chicago was an immediate driver of success for the company and is currently one of our fastest growing mega data centers,” Heiden says. QTS Chicago is currently in the process of building a new onsite utility substation—a 125 megawatt in-grid power plant—to support the increased square footage of the building and future growth at a second building that will complete the campus.

“With the tax changes being proposed, Illinois will be further established as an important destination for leading hyperscale technology companies and enterprise customers needing secure and scalable data center solutions,” he adds.