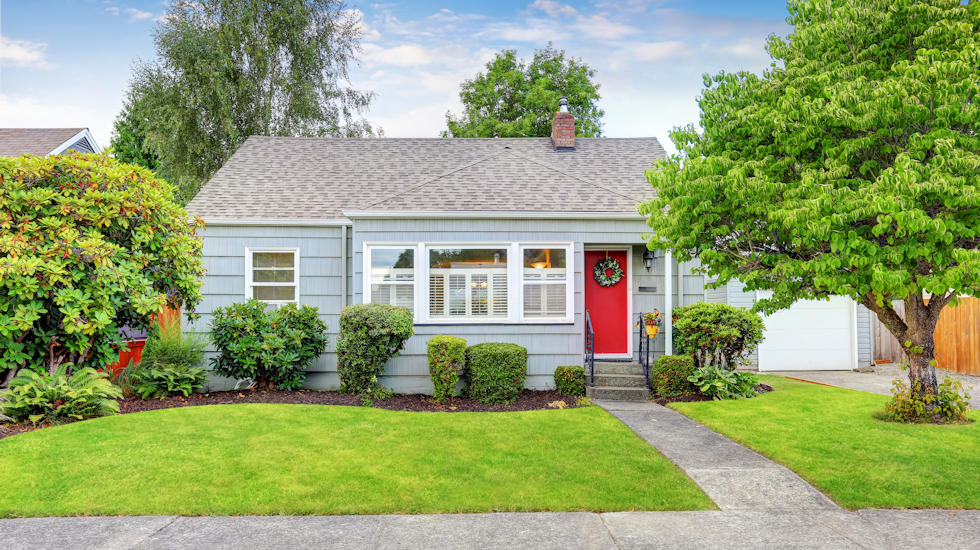 With a strategy that focuses on acquiring and investing in first lien non-qualified mortgage (QM) loans and other mortgage-related assets in the U.S. mortgage market, Angel Oak Mortgage, Inc. (NYSE: AOMR) is forging a unique path.

Non-QM loans are aimed at homebuyers unable to meet the strict criteria of a qualifying mortgage in areas such as income or personal debt. The loans have looser credit and financial requirements and are not backed by government agencies.

The Atlanta-based REIT, which went public in June 2021, looks to generate attractive risk-adjusted returns for its stockholders through cash distributions and capital appreciation across various interest rate and credit cycles.

These organizations originate non-QM mortgages that don’t fit into Fannie Mae, Freddie Mac or Federal Housing Administration (FHA) loans, largely because of documentation. In other words, the business is built around serving the consumer that banks don’t serve, according to Williams.

Since the financial crisis, 90% of mortgage originations have been owned or guaranteed by Fannie, Freddie, or the FHA, and there’s been a segment of the population cut out of obtaining a mortgage, according to Matt Howlett, a senior analyst for B. Riley Financial. Having a pool of capital that can serve an underserved segment of the U.S. housing population with mortgages makes a great deal of sense, he says.

"The REIT is an efficient tool to own mortgage assets," Williams says. "We launched publicly in June and the Angel Oak lending companies are generating a significant pipeline of opportunities for AOMR."

By going public, AOMR was able to offer a permanent capital vehicle that could avail itself of Angel Oak Capital Advisors’ focus on non-QM loans and the active transaction flow of Angel Oak Home Loans and Angel Oak Mortgage Solutions, according to Brandon Filson, CFO of AOMR. “The interesting thing is, we built a business model to focus on quality assets that our competition doesn’t have the ability to access,” he says.

Howlett at B. Riley Financial believes it was a savvy decision for the Angel Oak ecosystem to venture into the market the way it did.

“They are the number one non-QM originator, and it’s a top recognized brand, so it made a lot of sense to not just raise more money in the REIT vehicle but go public considering all the growth in the industry,” Howlett says.

During the pandemic, AOMR enjoyed a competitive advantage in non-QM loans as its competitors, that did not have a permanent balance sheet and a substantial source of capital, struggled to sustain their businesses, according to the company.

“We are the first heavily focused, non-QM sector REIT out there,” Filson says. “Angel Oak itself is one of the pioneers of the non-QM market and there’s a very high return potential,” he says.

When the pandemic hit in March 2020, AOMR was right in the throes of going public, so it had to rethink its plans.

“We waited a little over a year to let things settle out,” Williams says. “We were patient and continued to build out everything we needed. As demand for non-QM loans has returned, AOMR has seized upon the opportunity presented.”

During the third quarter of 2021, the company took advantage of strong volumes from its origination partners to deploy capital, acquiring $534 million of loans through its proprietary origination channels and raising its total loan portfolio to more than $1 billion.

“Additionally, we completed our first non-QM securitization since our IPO, executing at strong pricing and with high quality underlying collateral,” Williams says. “On the financing side, we expanded our credit lines by $450 million to a total of $1.25 billion, providing us with enhanced capacity to continue funding loan investments and future securitizations.”

At the end of 2021, Williams liked what he was seeing, with the consumer coming back, strength in the housing market, and AOMR in a favorable position to grow.

One of the most significant things that AOMR has done since its IPO has been to convert the $180 million raise in its first quarter as a public company into over $500 million of non-QM loans. The company bought an additional $330 million in the fourth quarter, and in the middle of that executed its first securitization since it went public.

“In our third quarter securitization, we sold off 96% of the capital structure and the weighted average cost of those funds was 1.12%, which means we literally took our loans, and financed them permanently at a 96% advance rate,” Filson says.

Williams adds that what was really special was taking a business that was built over a decade and executing a core strategy that exceeded its expectations. “We came out of the gate really strong,” he says. “We got the basics right and did something special in terms of executing that business model that we think is unique.”

That’s been attractive to investors who are looking for something different. “We want investors to understand that we are good at operating things and running things,” Williams says. “This is an opportunity to invest in good quality home loans in an underserved part of the American mortgage market,” Williams says.

Based on its first six months since going public, Williams is happy about what the REIT has accomplished and is looking for ways to grow and source more product consistently.

“2022 is going to be about explaining what we do to the market to get some differentiation, so we’re not just viewed as another mREIT,” Filson says. “We have aspirations well beyond a $500 million REIT. When we look at the future, we see a clear runway for growth built on the established expertise of the Angel Oak organization”, he adds.