CDT Does Good in the Neighborhood

The Community Development Trust takes its name seriously. During a time of economic uncertainty and high unemployment numbers, the privately held REIT’s mission of investing in affordable housing units in low-income communities has become even more critical.

John Divers, chief financial officer, treasurer and secretary of Community Development Trust, says the company is the first and only REIT in the country in the affordable housing space and prides itself on being a “do-good” REIT.

The New York-based company has been up and running for more than 13 years and has invested or committed more than $800 million in debt and equity capital to properties in 42 states and regions. It has helped preserve or add approximately 31,000 units to the nation’s affordable housing stock, which was hit hard by the recession.

The hybrid REIT invests in both equity properties and first mortgage loans on Low-Income Housing Tax Credit (LIHTC) properties, a program established by the federal government.

“When the LIHTC market really shrunk dramatically during the financial crisis, there was not a lot of affordable housing being built, because the tax credits investors pulled out of the market,” Divers says. “Now that we’re starting to recover, developers and tax credit investors are re-entering the market again and increasing the construction starts for affordable housing.”

The company had total assets under management at the end of 2011 of $670 million. Roughly 60 percent of that total lies in mortgages, with the remaining 40 percent on the equity side, according to Divers.

The Community Development Trust added more affordable housing loans to its books in 2011 than in any previous year. Joseph Reilly, the company’s president and CEO, dubbed 2011 one of its most successful years ever. Funds from operations (FFO) reached an all-time high of $1.19 per share, up 40 percent from 2010.

Best of Both Worlds

Increased rents and stable vacancies have led to improvements in the performance of the company’s debt and equity portfolios. Divers points out that there’s been an uptick in the lending opportunities, and equity transactions are starting to become attractive again. Earlier this year, the company closed on its first equity property in more than 18 months, a 150-unit senior housing property in the Boston area.

Reilly says the company is adding staff to handle both a growing pipeline of loan originations and increased its asset management responsibilities. CDT has about 5,000 housing units across the country and approximately $280 million in its equity portfolio.

The company’s primary investors, banks and insurance companies from around the country, benefit by getting Community Reinvestment Act (CRA) credit for investing in an entity such as CDT. CRA regulations require major financial institutions to invest in low- to moderate-income communities in their local markets.

While Reilly says The Community Development Trust’s investment strategy has been “selective and opportunistic,” he admits that the company has become even more focused after altering its investment strategy three years ago to both narrow its focus and minimize risk. The company now only considers investing in properties that are truly affordable with income restrictions associated with them.

The company has always invested in subsidized properties since its inception, but it also invested in what Reilly calls “market-rate affordable properties.”

Those were properties that may be affordable to low-income and middle-income customers, but didn’t involve subsidies.

“What we found was that a part of the risk was the high level of volatility in these market-rate affordable properties, as opposed to subsidized properties which really tend to be more stable due to the high demand for quality affordable housing,” Reilly says.

Eventually, the company decided to “stick to its knitting,” according to Divers, and invest only in subsidized properties and those properties coming out of LIHTC compliance, but still having affordable-housing income restrictions on them for the longer term.

Divers says The Community Development Trust originally acquired most of its mortgages through correspondents in the community development arena, including some of the major banks in the country. More recently, the company has begun to play a bigger role in the Community Development Financial Institutions (CDFI) marketplace. CDFIs are specialized financial institutions that work in market niches underserved by traditional industry players.

“These institutions operate locally in providing affordable housing and other assistance to low- and moderate-income families, and this gives us access to another channel to provide a quality mortgage product,” he says. Over the past two years, The Community Development Trust has increased its portfolio acquisition program by working with CDFIs. This includes supporting CDFIs looking for greater liquidity, managing borrower concentration and other capital needs.

Additionally, in 2011 The Community Development Trust signed an agreement with Fannie Mae that allows the company to originate loans and create mortgage-backed securities. When the company was founded, it didn’t originate any loans. Instead, it created what company executives called an A-B structure in which it would sell the “A” piece of those loans to a pension fund or Fannie Mae and then hold onto the “B” pieces.

“We are continually looking to diversify our sources of where we can raise funds from on transactions,” Divers explains. “We’re starting to see the pipeline for mortgage-backed securities begin to take off now,” Reilly adds.

Sweet Success Amid a Growing Demand

In addition to that loan pipeline, The Community Development Trust is planning to look for opportunities to expand its equity portfolio to meet the growing affordable housing demand in the U.S.

Historically, low levels of construction on both market-rate and subsidized rental units meant rents are rising in many markets at a time when median renter incomes are falling, according to the Urban Land Institute.

Affordable housing is defined as housing that costs no more than 30 percent of the occupants’ annual income, according to the Department of Housing and Urban Development (HUD). The department says that currently, an estimated 12 million renters and homeowner households pay more than 50 percent of their annual incomes for housing, which prevents them from meeting other basic needs. 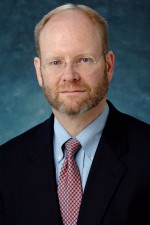 "We’re starting to see the pipeline for mortgage-backed securities begin to take off now."
—Joseph Reilly

Reilly says one of the major challenges in working with affordable housing properties is that firms have to deal with a number of different agencies to get approval for the transfer of a property.

“Affordable housing projects tend to be, I think, a bit more complex than other types of projects. You need to be willing to spend the time to first find all of the right opportunities, but then to work through the details on those complex transactions,” he says.

Reilly says that as demand for multifamily rental housing grows across the board, the demand for affordable housing will also continue to grow as families form and young adults move out on their own.

“On top of that, you’ve got a supply that’s fairly static at this point. There hasn’t been an awful lot of building in the last few years,” Reilly says. “So, as we look forward, perhaps there will be growth in the supply, but the question is whether the growth in supply will be able to keep up with the high demand.” Because of its mission, CDT intends to do its part to preserve and expand the supply of quality affordable housing for those most in need. u