Patience is a Virtue for Broadstone Net Lease 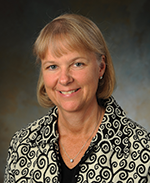 Over the course of seven years, Broadstone Net Lease, Inc.(BNL) has gone from focusing on acquiring fast food and convenience store properties to expanding its portfolio reach to include medical office facilities and industrial sites as well.

As a private REIT, BNL, which is managed by Broadstone Real Estate, LLC and Broadstone Asset Management, LLC, uses a non-credit rated strategy that eases the pressure on the company to deploy significant amounts of capital quickly. It enables BNL’s management team to take its time and cherry pick quality assets in deals that might take a long time to underwrite, negotiate and structure. BNL has also been able to utilize the UPREIT structure to make attractive acquisitions and raise additional capital by helping property sellers to diversify their investments and defer triggering capital gains taxes.

“With non-rated credit tenants, there is a lot more underwriting that needs to be done, and this is the place where our team is able to distinguish good tenants, structure creative credit enhancements and add value for investors,” says Amy Tait, Broadstone Real Estate’s chairman and CEO. “We have found that our efforts have resulted in an excellent track record of rent collections—over 99 percent, even through the recession. Also, we have been rewarded several times when our tenants have merged with or been acquired by public rated companies—thereby increasing their credit quality and supporting higher valuations.”

Getting to Know You

For Tait, real estate is a family affair. In 1994, she joined with her father, Norman Leenhouts, in taking multifamily REIT Home Properties (NYSE: HME) public. Tait retired from Home Properties in 2001, and she says starting another company was not originally in the plans.

“Our family initially started acquiring net leased properties in 2006 as a way to diversify our personal real property investments by geography and industry. By the end of 2007, we had acquired 18 properties on our own, and it became clear to us that this was a sector that delivered a risk-adjusted return that would be attractive to other investors,” Tait says. “Additionally, if we could find 100 shareholders to join with us, we could all benefit from the corporate governance and simplicity of utilizing the REIT structure. Well, after just a few meetings at our local country clubs, we had more than 100 ‘friends and family’ investors at our initial closing on Dec. 31, 2007, and we have continued to grow steadily since then.”

When it began in 2007, BNL acquired mostly smaller retail assets, such as quick-service restaurants and convenience stores, in the net lease sector. The strategy provided excellent diversification for shareholders both on a tenant and geographic basis. From there, it moved toward acquiring medical office properties. It made BNL unique in the net lease sector, but the move was a natural fit with its desire to build a recession-resistant portfolio.

“Finally, as BNL grew we were able to add net leased industrial assets to the portfolio, which now make up a third of our assets,” says Chris Czarnecki, Broadstone’s CFO. “These assets tend to be a bit larger (both physically and cost-wise) from the medical and retail assets.”

BNL now owns 172 properties in 26 states, all 100 percent leased. All include contractual rent increases. None of the leases expires before 2020, and the average remaining lease term is nearly 15 years.

“We are close to our target of one-third medical, one-third industrial, and one-third fast food and convenience stores,” Tait says. “We have assembled this portfolio with approximately $300 million of equity capital raised directly from high net worth individuals and small institutions, combined with a conservative level of leverage.”

Czarnecki says that from a debt perspective, banks are more willing to lend today, providing excellent financing opportunities for the REIT.

“BNL is principally an unsecured borrower and we have a tremendous bank syndicate group that has helped us achieve this even as a private company,” he says. “Borrowing spreads appear to be compressing, and banks are still looking to put capital to work for borrowers in the REIT space.”

Making the Right Deal at the Right
Time is Key

When you are small, Tait says, every transaction is exciting and important. However, there are a few that stand out in her mind as being most noteworthy in the company’s history.

“We acquired the Unity Ridgeway medical office building in Rochester, N.Y., at the end of 2010 from our affiliate that developed this LEED silver-rated facility as a build to suit for a regional hospital,” she says. “The transaction represented 16 percent of our portfolio at that time, and we were very sensitive to the inherent conflict of interest. Our shareholders overwhelmingly voted in favor of the transaction, and it has turned out to be an excellent acquisition for us.”

Another complex, yet favorable, transaction was BNL’s acquisition of the Hess Wine production facility in California’s Napa Valley, a deal in which there were plenty of eager volunteers for the due diligence of those inspections, Tait says.

In Czarnecki’s mind, one of the most important acquisitions the company completed was a $30 million UPREIT transaction in March 2012.

“This multiple-property transaction demonstrated that we could effectively utilize the UPREIT structure and work with property sellers, even though BNL is a private company,” he says.

“We are close to our target of one-third medical, one-third industrial, and one-third fast food and convenience stores."
—Amy L. Tait, Chairman & CEO

At the end of 2012, BNL acquired an industrial facility near Asheville, N.C., through a sale-leaseback with an employee-owned company. Two weeks later it was announced that the company was being acquired by a rated public company. Even though BNL received lucrative offers to flip the property at a substantial profit, the company is planning to hold it for the long term.

Staying Ahead of the Capital Curve

Tait says she has noticed competition driving up prices, particularly on properties with rated credit tenants. However, while cap rates are compressing, BNL’s cost of capital is declining even faster. As a result, the spreads that BNL is getting between its cost of capital and its initial yields are as high as it has ever experienced.

As a private REIT, Tait says the company’s biggest challenge is to properly anticipate the amount of equity capital that it will raise each month and each quarter, which is matched with debt capital and applied towards the firm’s acquisition pipeline.

“Since the pace of capital raising and deals are both fairly unpredictable, BNL needs to update its projections for sources and uses of cash very frequently—sometimes weekly, daily, or even hourly,” Tait says. “Since we never want to overcommit or rely on capital that isn’t yet in hand, we often end up using less leverage than our targeted level of 50 percent.”

Currently, there are no plans for a public offering, but Tait admits that “barely a day goes by” without the management team discussing its strategic alternatives.

“Given our experience in the public markets, management would be comfortable with a public offering, if and when it is in the best interest of shareholders,” Tait says. “However, there are no imminent plans to go public, as BNL currently enjoys efficient access to private capital to meet our near-term growth targets.”

As for the rest of 2013, the company is conservatively forecasting to raise another $100 million of equity and acquire $200 million of properties. Tait says that while cap rates are coming down, so is the cost of capital, so it can still expect to be able to make accretive acquisitions.

“The most interesting trend in the net leased sector is the number of bulk portfolio transactions that are taking place at premium valuations to the sum of their individual assets,” Tait says. “This makes sense when the public companies are able to raise capital at today’s share prices that reflect healthy premiums to their underlying net asset values.  This arbitrage opportunity is a window that doesn’t often stay open for long. My interpretation is that the public markets provide a leading indicator for what is happening to individual net leased property valuations—and they are going up.”