Confident, Connected and Open to Change 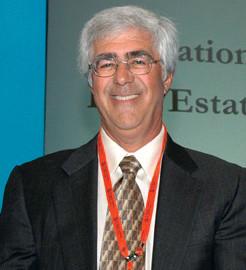 THOSE APPROXIMATELY 80 MILLION individuals born from 1980 through 2000 are commonly referred to as “millennials;” they are now teen-agers, 20-somethings and into their early 30s. Demographers and other observers of our strange species like to engage in this labeling exercise because differences in values and lifestyles between members of the Silent Generation, baby boomers, Generation X-ers and millennials often have a major impact upon our society’s politics, economy and general well-being.

Closer to home, because many millennials are just now beginning to earn salaries and participate in employer 401(k) plans–which will have a significant impact on the investment world–REIT investors may be thinking about how the millennials will regard REITs as an investment. Will they be embraced – or shunned? But we must be careful. We may think we understand the attitudes, beliefs and lifestyles of a particular generation (or “cohort”), but these will change over time. Furthermore, members of each such group are not homogeneous or interchangeable.

The Pew Research Center issued an informative report in 2010, “Millennials–A Portrait of Generation Next,” that describes the generation as “confident, connected and open to change.” That pretty well summarizes what we think we know about them. They are well-educated, comfortable with the newest technologies–including, of course, mobile phones, the Internet and all forms of social networking–and are often skeptical of authority. But, according to the Pew report, they also believe parenthood and marriage are more important than careers and monetary wealth.

REITs may appeal to the confidence, openness to change and independent streak of millennials.

Can we use these common characteristics of the millennials to speculate with confidence on how they will plan for eventual retirement and allocate their investment dollars among stocks, bonds and REITs? Perhaps not, but the exercise might be useful.

Ryan, the son of friends of mine, is a millennial; he recently graduated from college and today is a young aerospace engineer. While researching the broad topic of retirement planning, Ryan asked me about REIT investing. He eventually decided to allocate 20 percent of his 401(k) plan assets into a REIT mutual fund, and he plans to maintain that allocation.

Is Ryan a typical millennial? Well, maybe. He is highly educated and very comfortable with technology. He is not looking to become rich quickly, is self-reliant and, being a Libertarian, is skeptical of government’s ability to solve all problems. This combination of values and attitudes, along with his ability and motivation to research the track record of the REIT industry, led him to want to allocate a substantial portion of his now and future investment dollars into REIT stocks. From what I know of Ryan, he would not have put even a dollar into REIT stocks solely upon my recommendation.

In many ways, REIT investing is a perfect fit for Ryan and other like-minded millennials. REITs won’t deliver instant riches–but most millennials don’t appear to expect that. REITs are still slightly outside the mainstream of the investment world, which may appeal to the confidence, openness to change and independent streak of millennials. Furthermore, REITs’ excellent reporting transparency may strike a chord with this cohort, which appears to be skeptical of pie-in-the-sky promises from any quarter.

Perhaps many millennials, being comfortable with new technologies and deeply involved in social networking, will seek instant gratification by directing much of their available funds into these types of investments. But I believe that the investment characteristics of REIT shares will also be very attractive to millennials like Ryan as they parse their 401(k) plan options. The REIT industry will just have to make sure, via outreach efforts, that the newest generation of investors understands REITs’ favorable characteristics.