David Rosenberg Saw the Last Housing Crisis Coming. What Does He See Now? 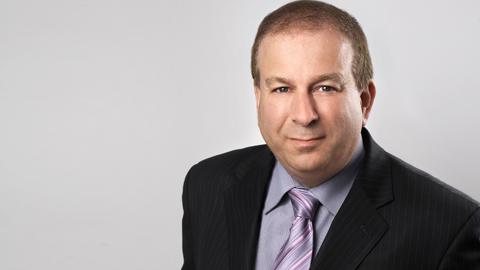 WHILE INVESTORS OF all kinds were enjoying the economic boom of the mid-2000s, David Rosenberg was warning they should be steeling themselves—and their portfolios—in preparation for a harsh downturn. Few thought Rosenberg’s caution was warranted. Investment account statements from 2008 explain who was right.

Rosenberg was working as Merrill Lynch’s chief North American economist then, and he became a fixture in the financial media and on lists of the investment industry’s best analysts. In 2009, Rosenberg, who is based in Toronto, left Merrill Lynch for a position with Gluskin Sheff + Associates Inc. as the firm’s chief economist and strategist.

In an interview with REIT magazine, Rosenberg recalled the vibrations that he picked up leading to his foretelling of the economic crisis. He also explained what turned him into a bull in 2014 and how commercial real estate might stand to gain from a strengthening economy.

REIT: You gained notoriety for your call on the U.S. housing bubble and the recession in the mid-2000s. Take us back to the signals that you saw in the market at the time that led to those conclusions.

The straw that broke the camel’s back ultimately was that the builders believed their own story. Even as sales started to sputter, the builders continued to believe that they were involved in an industry that was no longer cyclical. We ultimately moved into a situation where unsold inventories got to unprecedented levels. That tipped the price action the other way and led to the real estate deflation that defined the last cycle.

REIT: How would you grade the Federal Reserve’s policy responses since the onset of the financial crisis?

ROSENBERG: Initially, it would be a compliment to even give them a D. You were seeing all sorts of disturbing market developments, whether in mortgages or in credit, but the Fed still had a tightening bias on the books.

In the initial stages of the crisis, the Fed believed that this was more of a liquidity event than a solvency event. There’s no question that as the Fed realized what they had on their hands, they moved extremely aggressively. The Fed’s later responses were totally appropriate.

But, again, to say that they missed the ball in the early stages of the crisis is a gross understatement.

REIT: With tapering now in effect, how do you see that impacting interest-rate policy in the near term?

ROSENBERG: The taper is already in the market. It’s no longer a surprise. I think it came as a bit of a surprise last year when then Federal Reserve Chairman Ben Bernanke first introduced this new order to the investment lexicon. It took the market a while to digest that.

What will dictate the trend in the longer end of the yield curve will be a whole range of factors, including institutional investors’ need for duration, inflationary expectations, the term premium and what the Fed ultimately does with the big hammer, which is the fed funds rate.

REIT: What does that mean for inflation (or deflation)?

ROSENBERG: I had long been in the deflation camp. I threw in the towel on that call 18 months ago, thankfully, right near the lows of the 10-year note yield. It was when Bernanke started introducing the notion that the Fed would tolerate inflation and inflation expectations drifting moderately higher to 2.5 percent that I realized we were in a whole new ballgame altogether.

For you to be long on treasuries right now, you really have to have a Darth Vader view of the economy. You implicitly believe in some kind of economic relapse or that we’re morphing into some kind of deflationary environment. Those are the only reasons right now that you could be long on bonds as an investor.

REIT: So the worse-than-expected economic data from the first quarter hasn’t changed your longer-term forecast for the U.S. economy?

ROSENBERG: We had a lot of things going on, not just the weather that suppressed the GDP performance, which was, in a word, horrible. But I like to drive by looking through the front window, as opposed to the rearview mirror. If I thought that the developments that undercut the economy in the first quarter were sustainable, I’d be a lot more concerned.

To me, they were one-off items, and we were seeing that as the first quarter came to an end, momentum was building. We were seeing upward revisions to most of the economic data.

REIT: Federal Reserve Chair Janet Yellen has expressed concerns this year about housing activity. Do you share them?

ROSENBERG: There are clearly a lot of impediments in front of the housing market. The recovery that we had this cycle is really predicated largely on institutional demand. Institutional investors are starting to pull back. On top of that, mortgage credit does remain quite tight. God forbid, but you actually need to have a down payment today.

I think that there’s a lot of psychological consideration that the slide in home prices in the last cycle was even steeper than it was in the 1930s depression, so I think there are a lot of scars that still haven’t healed. You buy a house not just to live in it, but as an investment. I think the view on housing as a viable investment or as a retirement asset has really been shaken to the core and has acted as an impediment to home-buying attitudes.

There are a lot of factors that are impeding the housing sector at the current time. I’m not relying on the residential real estate market. In fact, in terms of secondary leadership through a classic business cycle, housing is really an early cycle indicator. It’s very normal in the third or fourth inning of an economic expansion to find housing peak and hand the baton over to the consumer, which is actually starting to happen.

Housing is really overplayed in some sense because it is so visible and there are so many residences and we all live in them, but houses are not exactly a productive asset.

To me, what’s critical for the balance of the year is not housing, but it’s really about what unemployment does, how that transfers into income growth and then into spending. The question becomes when will the corporate sector start focusing a little less on dividend payouts and stock buybacks and more on investing organically in their own businesses. It’s the latter item that shows up in GDP.

REIT: Are there any trends in the market right now that you think are being shortchanged by analysts and investors?

ROSENBERG: I think the markets have really laid down a bet that the first-quarter GDP number was the real deal. That’s what the bond market is telling you because a lot of the rally in treasuries has come out of the real rate, not everybody’s expectations. Coming out of the real rate is a proxy for downgraded real growth views. I’ll take the other side of that bet.

On top of that, look at the stock market. Two of your top-performing sectors this year have been utilities and health care. A utility is arguably the most defensive segment of the equity market. When you look at the rotation toward defensiveness out of growth in equities and the action in the treasury market, how small caps have underperformed large caps and, of course, how high-yield has underperformed investment-grade, there seems to be this collective view that no matter what market you look at, the first quarter had the accurate story on the economy, as opposed to the second quarter.

REIT: What does all of that mean for the stock exchange-listed REIT market?

ROSENBERG: My sense is that because it is a sector that is very interest-rate sensitive, it will be susceptible to a renewed shift toward higher bond yields. That will be an impediment.

In terms of absorption rates and vacancy rates and the overall fundamentals of the industry, they are improving. In the last Beige Book a month ago, I can’t remember a time where commercial real estate was mentioned so favorably in practically every single district in the country. The underlying fundamentals of the business are improving, but I think the headwind is going to be rising longer-term interest rates in the course of the next several years.