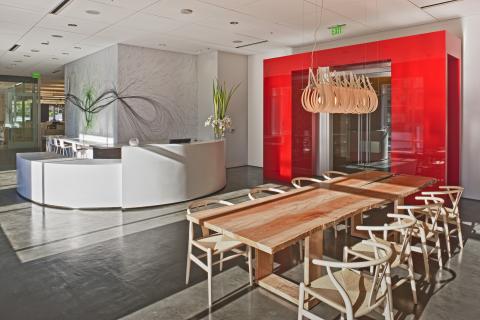 ACT ON THE DATA:

Don’t just collect data for reporting’s sake, but instead use the information to improve the bottom line. “There needs to be someone — or a group of people — that actually do something with the data,” says Sukanya Paciorek, senior vice president of corporate sustainability at Vornado Realty Trust (NYSE: VNO). “Great data are not relevant if you don’t have someone using it to manage results.”

One key to working around the issues with triple-net leases is to restructure agreements so that they contain green clauses that help landlords collect data. These “green leases” contain clauses that require tenants to pass utility data to the landlord. (See sidebar on green leases.)

THE GREENING OF LEASES

As landlords strive to collect more sustainability performance data, they are finding that how leases are written can make a major difference in the ease with which they can obtain the information. So-called green leases are becoming more common. Green leases, or memorandums of understanding to further formalize the engagement process, were used by 35 percent of all GRESB participants for 2013, according to the organization.

Historically, landlords and tenants have had trouble integrating sustainability into leases in part due to disagreement over responsibilities and cost-sharing arrangements. Green lease clauses can spell out the sharing of the costs of energy-saving improvements, ensure that tenants adopt green standards and share access to energy consumption data.

“It sets things off on the right foot,” says Sara Neff, vice president of sustainability at Kilroy Realty Corp. (NYSE: KRC). “It says, ‘Here is how we operate our properties’ and ‘Here is what is important to us.’”

For example, at Kilroy, one key clause involves “capital investment and recoverability,” which allows owners to recoup costs of upgrades to property, such as HVAC upgrades, lighting retrofits and window film. This allows the owner to amortize the investment over the payback period, rather than lifetime of the equipment, which tends to be longer. At Kilroy, this is a nonnegotiable clause written into all leases.

“These are all projects we would not be able to do, but for the fact we were able to bill back our tenants for these projects over their payback period,” Neff says. Kilroy structures the clause so that tenants receive the proceeds of the savings.

“The goal is to make the tenant whole,” she says. “The tenant is taking 100 percent of the benefit of these capital improvements, which is great because it lowers operating costs for them.”

HARNESS DATA AT BEGINNING AND END:

In addition to writing clauses into leases, industrial REIT Prologis (NYSE: PLD) now gets distribution-center tenants to sign release forms at the beginning and end of lease terms, and requires them to supply utility data. “Move in and move out are key opportunities for the customer to provide us with that information,” says Aaron Binkley, Prologis’ former director of sustainability programs. “It makes it more efficient.”

Meet one on one with tenants to propose cost-sharing initiatives. Shopping center REIT Kimco Realty Corp.’s (NYSE: KIM) meetings with national tenants led to sharing of costs with parking lot lighting improvements, but also sharing in the benefits of energy savings, improved light levels, and better curb appeal, notes Will Teichman, director of sustainability at Kimco Realty. “We have had a number of productive dialogues around ways in which we can work together to advance objectives such as property energy efficiency, with some of those dialogues leading to initial actions,” he says.

What parts of ESG are material to a company has become a hot topic. Reporting standards will most likely require this discussion in the coming years. What’s material for one REIT might be different for another. Going through GRESB reporting will help companies with this issue, but there’s basically two factors, notes Sara Neff, vice president of sustainability at Kilroy Realty Corp. (NYSE: KRC): Is the policy important to continued operations, and is it important to outside stakeholders? For Kilroy, obvious factors that were important to both included energy, water and waste. But the company also found other material factors, such as how the company would deal with any grievances from environmental impacts, and also any efforts to train and educate employees.

REITs wanting to be considered by some of the largest global institutional investors need to have—at minimum—an ongoing dialogue with investors. Reporting is one step, but a conversation between REITs and investors is expected, one that covers how to improve sustainability and its processes. “Participating in GRESB is the starting point,” says Sander Paul van Tongeren, head of sustainability for global real estate and infrastructure at APG. “But following up with investors after establishing that baseline is more important.”

Before issuing a sustainability report or filing with GRESB, do a dry run first in-house. “Don’t assume when you report the first year, you’ll get it right,” Paciorek says. “As an exercise, reporting is much more meaningful if you are going to use the process and results to pursue ongoing improvements, rather than just reporting.”

Best practices should also start to incorporate some way to verify the data submitted, such as energy and emissions. Investors are requesting that data submitted are “assured” by an outside party, either a consultant firm or a company specializing in the practice, Teichman says. These third parties will sample data and trace them back to source documents. “The push for voluntary verification of sustainability information prior to disclosure is clearly a topic that is emerging quickly,” he says.