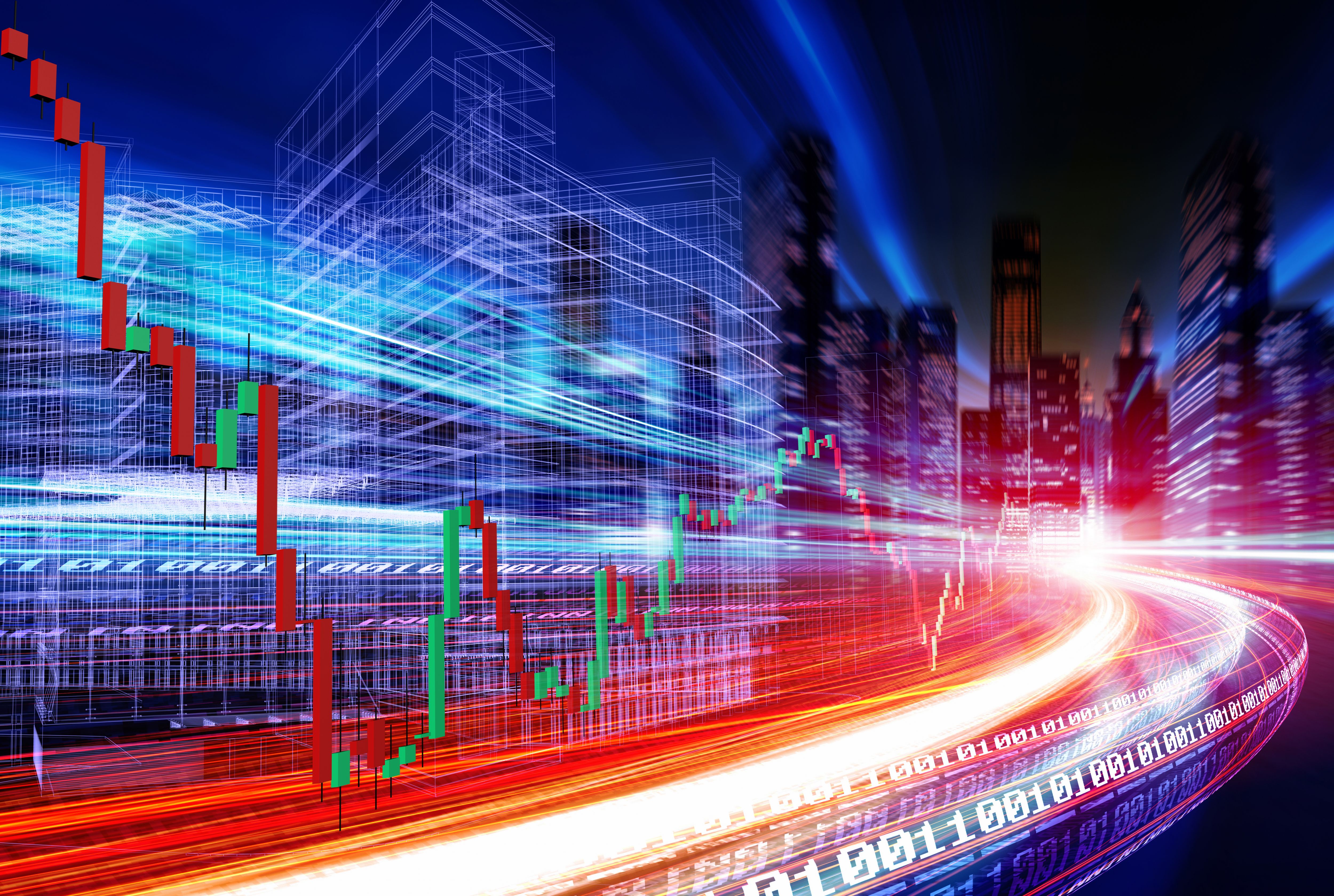 Dynex Capital, Inc. (NYSE: DX) has lived through more than a few interest rate cycles since it was created in 1988. Lately, the Mortgage REIT has taken a more defensive posture, as the company looks to secure itself against potential volatility caused by Federal Reserve rate hikes and global policy shifts.

Dynex, which is based in Virginia, invests in a portfolio of mortgage-backed securities (MBS) backed by both residential and commercial mortgage loans, 92 percent of which consist of high-rated agency securities, high-rated non-agency securities and interest-only loans on those securities. The rest of its portfolio consists of lower-rated non-agency MBS, as well as below investment-grade MBS, loans and mortgage servicing rights.

Doug Harter, an analyst and director with Credit Suisse, says the structure of the company’s portfolio has set up Dynex to weather a rate-related storm.

“Rising [short-term interest] rates is generally a negative for Mortgage REITs,” he says. “Dynex is probably in the middle of the pack of our industry as far as exposure. A lot of the agency mortgage-backed securities they own are hybrid or adjustable-rate mortgages. That will limit their exposure somewhat.”

At the same time, the company has amassed cash to capitalize on any opportunities that crop up as a result of policy shifts.

President, CEO and Co-CIO Byron Boston has been with Dynex since 2008, taking over as the chief executive in 2014. His career spans many years in the fixed-income capital markets, including a stint as an MBS bond trader for Credit Suisse First Boston. He worked for Freddie Mac at one point and also founded a Mortgage REIT, Sunset Financial Resources.

Boston says Dynex’s management team takes a methodical approach to risk management and capital allocation. Combined with a rise in financing costs as interest rates have gone up, the company’s cautious stance had a hand in its year-over-year decline of 32 percent in net operating income per common share in the first quarter of 2017, according to Boston.

Going forward, Dynex’s performance appears tied to its ability to respond to changes in interest rate policy. The Fed’s three interest rate hikes from 2015 through early 2017 have driven up bond yields. Meanwhile, the moves have already increased Dynex’s financing and hedging costs, cutting into its earnings.

Boston takes prides in Dynex’s dynamic approach towards hedging: “We try to neutralize our portfolio more, but that could change as quickly as tomorrow.” As Eric Hagen, an analyst and assistant vice president with Keefe Bruyette & Woods, New York, notes, hedging involves a trade-off.

“When we model it out, under a smaller move in interest rates, hedges are typically effective. Under a much larger move in interest rates and credit spreads, if they were to correct sharply and unpredictably, that would not bode well,” Hagen says. “The call Mortgage REITs are making is, ‘Do I hedge myself when I think the storm is a thousand miles away? When it is two hundred miles away? When it is five miles away?’”

Monetary policy could also cut into the Dynex’s future earnings and book value as the yields on the 10-year Treasury shift. Additionally, the Federal Reserve will eventually unwind the holdings of MBS and Treasuries acquired as part of its quantitative easing efforts during the financial crisis. Harter expects the sales could widen spreads. In fact, agency spreads are already starting to widen as the Fed has talked about its plans to unwind the holdings. For instance, credit spreads on agency delegating underwriting and servicing (DUS) securities in Dynex’s portfolio have moved up from 59 basis points at the end of 2014 to 67 basis points at the end of the first quarter of 2017.

For his part, Boston is concentrating on the potential opportunities offered by unwinding. 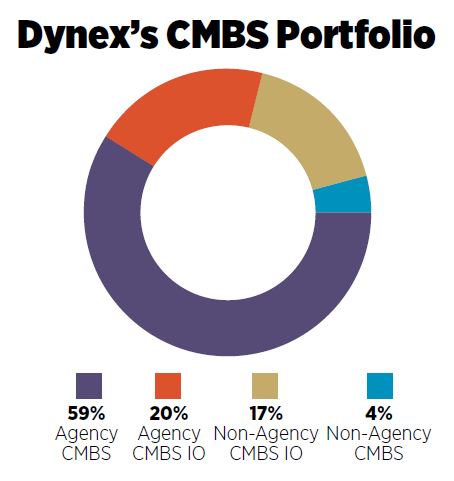 “The Fed reducing their footprint in the mortgage sector will allow more entities such as Dynex to take on the role of managing those assets,” he says. “If they reduce their balance sheets, there’s a need for private capital and expertise in managing these housing-related assets.”

There are other offsetting factors working in favor of Dynex at the moment. They include the firm’s low leverage, according to Harter, which should give Dynex room to add debt and take advantage of wider spreads. “You would have a near-term decline followed by a potentially better earnings outlook,” he says. The firm had taken on debt financing at 5.8 times its equity capital at the end of the first quarter, down from 6.3 times at the end of 2016.

The future of Fannie Mae and Freddie Mac, the government-sponsored enterprises (GSEs) that play a role in providing home financing, also deserve consideration. President Donald J. Trump has yet to release definitive plans for GSE reform, but cutting back on the involvement of Fannie and Freddie in the mortgage market would add to the need for more private capital. Hence, another potential opportunity for Dynex.

The Trump administration’s moves to roll back regulation of the financial sector could also benefit Mortgage REITs by bringing back banks that had pulled away from the repo business, which is a major source of financing for Dynex. Furthermore, Boston sees potential for Dynex to consider other business strategies if some of the measures in the Dodd-Frank financial system reforms are removed. For example, Dynex cut down its exposure to loans because of stringent consumer protection measures implemented by the Consumer Financial Protection Bureau.

Demographics are also working in Dynex’s favor, according to Boston, given the need for housing in the United States. And Dynex’s yields appeal to investors. The REIT’s first quarter dividend of $0.18 made for an annualized return of about 10 percent.

Boston says he is focused on increasing Dynex’s global presence to gain access to more information. Today, the REIT is maintaining relations with entities that do have such reach. That way, the company can be attuned to factors that could impact the global risk environment.

Overall, Boston says he is working to secure Dynex in the face of the potential for “policy error” from any number of financial actors around the world.
“History is littered with government officials who made policy errors and created havoc for the globe as a whole,” he cautions. “That’s why we have emphasized highly liquid securities at this point.”