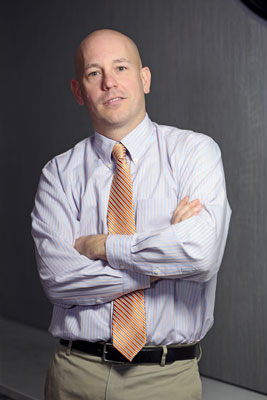 If you look at my picture above, I may seem like an unlikely candidate to write a column about the importance of diversity in the commercial real estate industry. Outside of being follicly challenged, there is nothing in my genes that qualifies me to speak on any minority group’s behalf.

But that is exactly why it is so important to do so. I have two daughters whom I happen to think are incredibly bright, creative and full of unlimited potential. Dad bias aside, I can’t imagine seeing them excluded, dismissed or passed over for a job or promotion they truly deserved simply because of their gender.

Because my own father’s job had him away from home more often than not, my mother raised my two older sisters and I essentially on her own while also working a full-time job. She would occasionally have to leave work early or take a day off to take care of a sick kid or go to one of our games. I learned much later that she was routinely passed over for promotions or kept off special projects because she was deemed “unreliable.”

She told me she tried to overcompensate by bringing work home to do when we were asleep or working on the weekends, but the perception was already in place. That was nearly 30 years ago, but even though great strides have been taken, women and other minority groups face many of the same challenges today.

That is the driving force behind NAREIT’s new Dividends Through Diversity Initiative. The initiative’s mission is to promote the recruitment, inclusion and advancement of women and other minority groups in REITs and the broader commercial real estate industry.

Like many industries, real estate has struggled to move the needle regarding diversity at the executive and board level. Increasingly, research studies are showing companies with more diverse boards outperform their peers. In addition, large shareholder groups like State Street Global Advisors have said they would not support companies with non-diverse boards in proxy fights.

The initiative is led by a steering committee of 11 industry veterans and is chaired by CyrusOne (NASDAQ: CONE) CFO Diane Morefield. Having spoken with Diane during REITWeek 2017, I know how important this initiative is to her and the committee. I have no doubt that with everyone’s support, it will be a tremendous success. Here’s hoping that by the time my daughters are in the workforce, the only glass ceilings will be atop their corner offices.