S&P’s Michael Wilkins on the Transparency of Green Investment 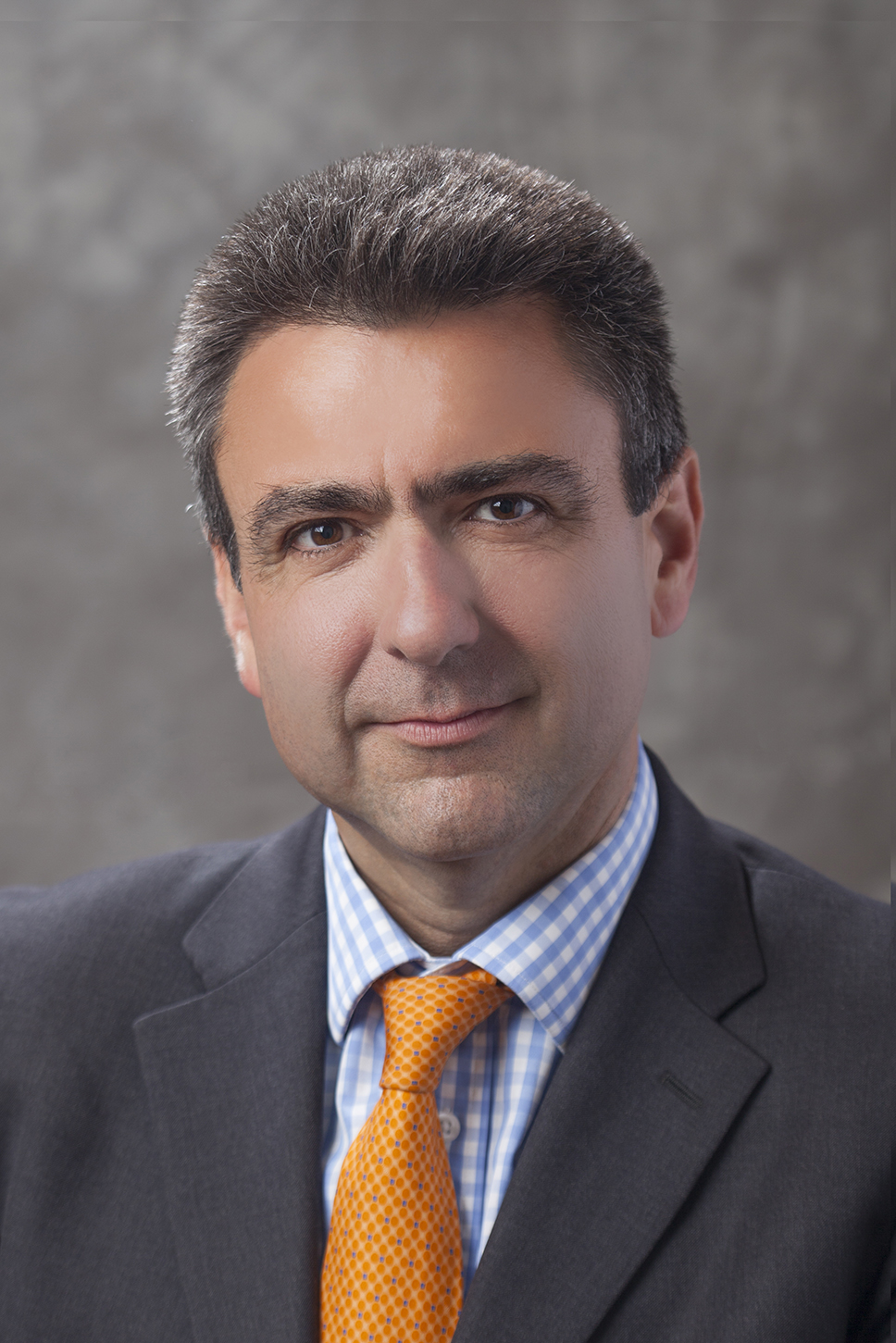 Driven in large part by the Paris climate agreement, the capital markets have taken a keen interest in the trillions of dollars in financing need to meet the global community’s environmental objectives.

REIT: Can you explain what the objectives of the Green Evaluations are?

Michael Wilkins: The main objective is to try and give a relative ranking of environmental impact of green financing, whether or not it’s a bond or a loan or any other type of capital markets instrument. The idea is essentially that investors are now asking what the green quality of their investment is, as well as asking what their credit quality is. While our traditional credit ratings can address the issue of credit, they don’t address the issue of environmental impact.

We’ve developed this new product, called the Green Evaluation, that provides specifically that kind of information: Not only what the environmental impact is, but also how the financing is being managed from the point of view of the transparency in governments and of the use of proceeds, which are extremely important aspects of being a part of the finance market.

The investors want to know that their money is going to environmentally beneficial causes and not being diverted elsewhere. They don’t want to be greenwashed at all, so that’s why that aspect is also equally important to what the environmental impact is.

That’s why we are doing this, to provide that extra little bit of transparency and granularity to address the community about environmental impact to allow them to benchmark their financing instruments, based on those criteria.

REIT: I see more and more discussion about resilience in green investment. Can you tell us what that really means?

Wilkins: Resilience is really how strong and how durable a particular infrastructure asset may be in respect to its ability to withstand the damages caused by extreme weather events brought about by climate change. For example, if we see financing being directed to reinforce an infrastructure asset, such as a bridge or a water treatment plant, against the impact of severe weather—floods, storms, high winds, whatever it may be—what kind of damage could be caused to that infrastructure?

That actual damage can be modeled and is modeled very regularly by insurance companies as part of catastrophic loss policies. That type of modeling can be used, as our insurance colleagues know, for testing the resilience level or the resilience benefit that the finance can bring about.

REIT: Does resilience come up a lot in your discussions with investors?

Wilkins: It is coming up more and more. Most of the financing in the green bond market, which is probably the most developed out of all the green financial markets, has been directed to what are known as mitigation projects. These are projects aimed at cutting carbon emissions mainly and also improving water usage. Those types of projects are known as mitigation because they mitigate the impact of human activity on the environment. They account for about 90 percent of all financings, and we’re seeing the rest being directed towards adaptation, especially in developing markets, where the impact of catastrophic weather events is more acute than for the impact they have on infrastructure.

We are also seeing more and more in the U.S., especially along the East Coast, where recent damages caused by Superstorm Sandy caused a lot of strengthening of transmission lines, water treatment plants and other infrastructure assets. That type of investment has been financed to a large degree by municipalities by the issuance of municipal bonds. Those types of bond issuances are directed towards adaptation. We are expecting a lot of demand to be coming from that space.

REIT: It seems as though digging in to look at projects on the asset level, which the Green Evaluation aims to do, is somewhat difficult. How precise can these ratings really be?

Wilkins: Well, it is a question of providing a relative ranking. We’re not taking into account absolute measures on carbon reduction, for example.

What we’re trying to do is say, if you have a financing of a $100 million in a particular project, which has 8 percent of the proceeds directed to wind power in the U.S. and 20 percent for solar in Mexico, from a perspective of environmental benefits, how is that investment going to compare to, say, financing another $100 million into clean coal conversion plants in China?

As an investor, you can decide how you want to put your green allocation in your portfolio to work to achieve the best possible environmental outcome. That’s the intention behind the Green Evaluation. It provides a relative ranking, rather than to provide an environmental audit of a firm’s investment into specific technology.  It has more to do with what this technology is going to contribute to the environment.

REIT: Are there any plans to build out to broader looks at portfolios of assets?

Wilkins: Absolutely. We see quite a lot of green financing being done on a portfolio basis, especially given that a lot of these projects are quite small on an individual basis, like energy-efficiency projects. Even renewables, in terms of capital employed, are very small, so that requires them to be brought together as portfolios and bundled into higher structured transactions.

We see a lot in the world of project financing, for example. That’s quite an obvious use of this type of tool. We’re also seeing that from the perspective of financial institutions. For example, a bank will raise a green bond, and then it will allocate the proceeds of that green bond to a number of existing projects which it may have exposure to on its own book. That’s another type of portfolio approach.

REIT: What are some of the greatest differences in reporting from region to region around the world?

Wilkins: If you are issuing a labeled green bond, then you are more likely than not to adhere to green bond principles, which were established a couple of years ago by the International Capital Markets Association. Those principles, which were developed by a group of about 12 underwriting banks, provide a discipline to the market in terms of requiring a certain level of reporting and disclosure as to the allocation of the proceeds from the bond issue—not just the allocation, but also the way that the financing is allocated and how you are seeing a commitment to reporting, a level of disclosure, the methodology for the calculation of the environmental impact and so on.

There’s quite a lot of detail suggested as best practice that is followed under the green bond principles. The same goes for governance surrounding the use of proceeds and how those funds are managed and how they are verified and tracked. That is also included.

To try and do that, it does require a certain level of additional cost and effort. Some financing entities may be put off from doing it, but if that’s the case, then the investors may be put off from buying their instruments—because they are looking for that level of extra transparency and governance as a form of protection against greenwashing.

If you don’t have that strict adherence to these types of principles, the danger is their funds could be misallocated, or it may not be clear as to what the benefit of the investment actually is. That’s the important thing to bear in mind.

"As an investor, you can decide how you want to put your green allocation in your portfolio to work to achieve the best possible environmental outcome." – Michael Wilkins

Now, that’s not to say that there are some financings out there which may not be labeled green, but may still have a green component to them. We can still assess those through the Green Evaluation tool. The chances are that the transparency and governance score will be lower, which will bring the overall score down, but the environmental impact is more important. It is more highly weighted in the overall score.

REIT: In terms of the green assets that you could evaluate, do we have any idea about what the size of the market is here?

Wilkins: If we look at solely the labeled green bond market, issuance in 2016 was around $100 billion. This year, estimates are ranging up to $200 billion—so, basically, doubling in size.

Probably more important than that is the bigger pool of investment in environmental projects which may not be labeled green. In the world of infrastructure and real state, that is huge. The infrastructure market is somewhere in the region of nearly $3-4 trillion per annum in terms of funding that is raised in the capital markets. In terms of the overlap between green finance and infrastructure, it’s around 75 percent.

So 75 percent of all infrastructure investment needs to have some sort of green or sustainable component to it. That gives you a size of scale of the potential market.

Of course, not all of that will be 100 percent green: Some of it will be partially green, some of it won’t be green at all, some of it will be fossil fuel. But as we move and transition towards a low-carbon environment, it will begin to increase more and more. There will be more interest from investors to make sure that their allocations to those types of investments are increased.

Countries such as France require institutional investors to disclose how their assets under management are contributing to that transition to low-carbon. That is driving demand, so I think we are kind of seeing a convergence of investor demand and issuer requirements for green investments.

Michael Wilkins is a managing director with S&P Global Ratings based out of London. He serves as head of environmental and climate risk research for S&P. Wilkins specializes in corporate and project finance credit analysis, carbon markets, and other aspects of climate and environmental finance.