Phillip Reinsch, Capstead’s president and CEO, explains that originally the company, which went public in 1985, ran a jumbo loan conduit and started its own Fannie Mae/Freddie Mac servicing unit in the late 1980s. It decided to exit the conduit business in 1995 to avoid taking on residential credit risk.

Reinsch explains that Capstead sold the servicing operation in 1998 and by 2000 had migrated to the current short duration strategy. “We seek to earn reasonably safe, risk-adjusted returns by limiting interest rate risk by avoiding more volatile fixed-rate exposures and prudently hedging with financial derivatives. Of course, credit risk is pretty much off the table with our focus on agency-guaranteed securities,” he says.

With this approach, Capstead has demonstrated stable economic returns over the years in comparison to other residential mREITs. In fact, looking at changes in book value plus dividends over the last five years, Reinsch notes returns were more stable than all but one of its residential peers, while its cumulative returns compared favorably as well. 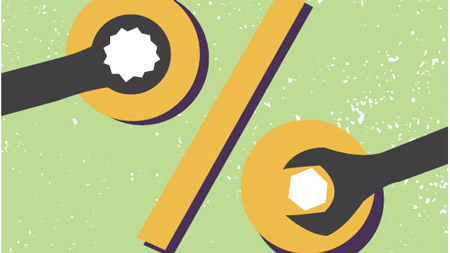 Steve DeLaney, senior analyst with JMP Securities, says that what really sets this company apart is that it only invests in adjustable rate agency residential mortgage backed securities (RMBS). “It’s a really unique company,” he says. “Most of its peers invest in 30-year fixed rate RMBS. Shorter ARMs have a lower yield but have less mark-to-market risk to book value.”

“Our leverage may look to be on the high side relative to other mREITs, but given the short duration of our portfolio, our capital is at less risk to changes in rates than other companies running lower leverage levels,” Reinsch says.

Reinsch notes that this year, Capstead has been able to replace runoff at roughly 11% return on equity (ROE). “We are taking advantage of Fed rate cuts being priced into the rates markets to lock in borrowing costs at levels below current 30-day borrowing costs, improving financing spreads and net interest margins, and adding further balance sheet protection,” he says.

Reinsch has been with Capstead since 1993 and Robert Spears has been portfolio manager since 1994. The rest of the leadership team comprises Roy Kim, who has more than 20 years of experience in ARM MBS, and Lance Phillips, who joined the company a little less than two years ago from another Dallas-based REIT.

“Being internally managed, we are aligned with our stockholders and have one of the lowest ratios of platform costs to investment capital in the space,” Reinsch says. “In other words, we are extremely efficient.”

With the Fed stepping to the sidelines, Reinsch believes the company’s prospects have improved considerably.

“Our borrowing costs are not increasing at the rapid pace we experienced the last several years,” he says. “Our cash yields have been increasing through coupon resets and higher yields on bonds acquired to replace portfolio runoff.”

Additionally, Reinsch expects mortgage prepayment rates to moderate over time as Capstead’s portfolio seasons, and fewer of its borrowers reset in rates at levels that would entice them to refinance.

“In the meantime, we are optimistic that we will see improved performance without any movement by the Fed as we redeploy capital at better returns and our legacy portfolio prices up over time in both coupon and value as it seasons,” Reinsch says. He adds that further improvement in how the stock trades relative to book value is necessary before Capstead can meaningfully grow its platform. “With the opportunity to report better results this year and beyond, we expect to have that opportunity—maybe sooner than later,” he adds.