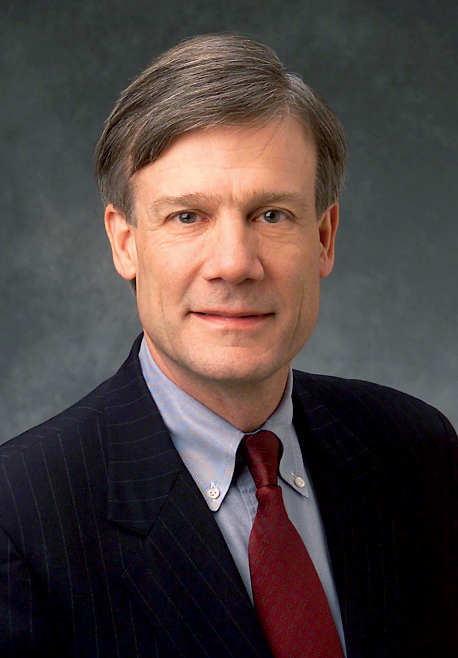 REIT: Jim, the economic recovery to date has been plagued by fits and starts. What’s in store for 2012?

Glassman: We are starting out 2012 on a pretty good note. The job market report for January was quite impressive, and confirms the trend we’ve seen in jobless claims. It was a solid report all around, with payrolls up 243,000 and upward revisions to history, hiring gains across most industries, and another increase in total hours worked. It’s beginning to look more like
a normal recovery, without a whole lot of
help yet from the homebuilding and construction business.

There’s some risk that the numbers are artificially boosted by the mild winter, but the strength in January’s report goes well beyond construction and the other sectors normally affected by the weather.

We’ve seen this picture before, in 1991 and 2001, where the early stages of recovery are sluggish but then the usual cyclical forces kick in and the economy gets back up to speed.

The housing crisis has been a tremendous drag on the economy, but we’re seeing signs of stabilization. And even with housing dead in the water, job growth has been 150,000 or more per month. As the lights come back on in construction, there’s a whole new sector that will contribute to the economy’s momentum.

REIT: But what about the argument that financial crises cause long-lasting damage, and we
need to lower our expectations—that is, the “new normal?”

Glassman: You actually can see the opposite—that bad times force people to change, to re-think what they’re doing and find better, more efficient ways of doing business. We’re seeing this every day with the surprisingly high, steady rate of productivity growth, even through the crisis. And productivity growth is the economy’s lifeblood, how we lift living standards.

Normally, productivity growth benefits workers, but with the entry of China and India into the world trading system, we’ve seen this changing. Global labor markets are much more competitive than they were before. With labor costs low, the benefits of growth have gone to corporate profits, but as China’s and India’s economies mature, we’ll see this slow and reverse, which will translate into higher workers’ incomes here over the next decade and beyond.

U.S. consumers don’t seem to believe in a “new normal,” and consumer spending has been resilient, despite high unemployment and the whole housing crisis and underwater mortgages. They have been reasonably cautious, given all the economic uncertainties, but have not been panicking. People have a fundamental optimism, and when they get a job, they will spend.

The commercial sector should continue to benefit as employment and consumer spending proceed in a cyclical recovery.

The belief in this slow-growth track also challenges history by suggesting the Fed can’t stimulate the economy. It takes time to heal, especially after a crisis as large as what we’ve just been through, but low interest rates create a powerful incentive for people to take risks on new ventures. Low rates change the incentives for taking on new projects because they force you to think about the future instead of the past. As the economy picks up, people will be under pressure to find new ways to make money.

The rhythm of the economy is very much like the ocean, tides go out and tides come in. When you see the tides turning, it’s time to start planning for the future.

REIT: What does all this mean for commercial real estate?

Glassman: Unlike housing, commercial real estate never suffered the huge speculative excesses in the 2000s. While the housing and single-family mortgage market was a trigger for the crisis, commercial real estate was a victim, primarily due to the collapse in jobs and spending. The commercial sector should continue to benefit as employment and consumer spending proceed in a cyclical recovery.

We’re already seeing signs of life in non-residential construction, with architectural billings beginning to turn up. Outside of Arizona and Florida, vacancies aren’t much of a problem, and there’s a real boom developing in the energy belt from Texas through the Dakotas.

Multifamily, of course, is a very strong business these days and rents are firming. Even here there’s still enormous pent-up demand, as young adults didn’t move out on their own in the midst of a terrible job market. And all these people will want to move out and rent or buy their own place as soon as they do get a job.

REIT: So the job market is again the key?

Glassman: Yes, and we’re starting to see significant increases in employment in the younger age groups.

REIT: Jim, businesses need money and credit to make this all happen. What’s your outlook for financial market conditions?

Glassman: Things are slowly improving. Lending growth for commercial real estate is still negative, but becoming less so. The severe credit constraints during the financial crisis are fading. Remember, every good banker knows that the best loans are those made in bad times.

Interest rates should be not too different in 2012 than they were last year. I can’t picture the Fed normalizing interest rates until unemployment falls to 7 percent or below, so we have lots of time before rates move up appreciably.