The REIT Formula for Success 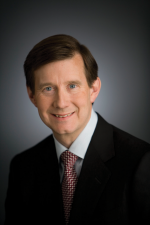 Listed REITs continued to raise capital from the public equity and debt markets at a brisk pace in the first two months of 2013, continuing a trend that began with the start of the REIT industry’s market recovery in the spring of 2009.

Last year, REITs raised a record amount of capital – $73.3 billion from the public markets, including a record $47.6 billion in equity.  The total capital raised easily surpassed the $51.3 billion raised in 2011, the prior record year for capital raising.  From the beginning of 2009 through 2012, public capital raised by listed REITs has totaled an impressive $206.7 billion.

The volume of funds REITs have raised in the past four years has prompted media speculation about how REITs have been using the money, including speculation that they have been building “war chests” for acquisitions.

To shed light on this issue, NAREIT conducted an analysis of what REITs have done with the money they have raised.  The results of that analysis provide important insights into the way REITs are managed and how they have built their sustained track record of performance.

NAREIT evaluated balance sheet and securities offerings data for 92 listed REITs that had consistent information available for the period from the end of 2006, approximately the prior market peak, through the Great Financial Crisis and emerging recovery, up to the end of the third quarter of 2012.

Over this period, the companies raised $85 billion in equity, and their net issuances of debt added $59 billion in balance sheet debt, for a combined $144 billion in new equity and debt.  Over the same period, REITs total assets increased by $148 billion, $131 billion of which was reported as net investment in real estate.

REITs were buying new assets for their portfolios, taking advantage of a favorable period in the market price cycle.

So, REITs were buying new assets for their portfolios, taking advantage of a favorable period in the market price cycle.  And, they were financing their acquisitions primarily with equity.

Interestingly, cash plus short-term investments on balance sheets increased over the period by only $1.1 billion – hardly a war chest.  Essentially, these data tell us that REITs don’t need war chests because of their ongoing ability to access the capital markets.  There is no need to hold low-yielding cash on the balance sheet.

The analysis makes a strong case for the REIT approach to real estate investment.  Liquidity and transparency, which enable access to public capital, combined with business models and management teams that put it to the best use, are the basis for REITs’ continuing record of performance and rewards to their shareholders.