Women on the Rise 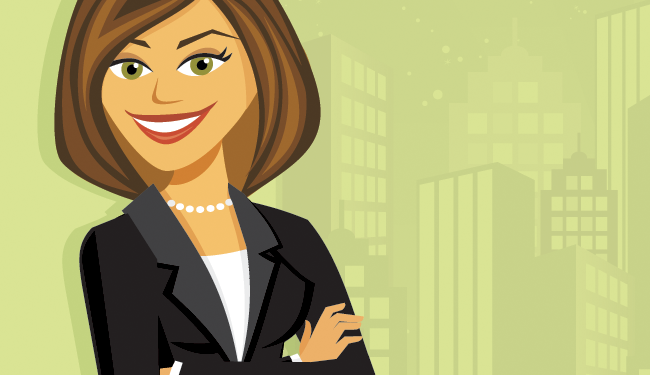 Women’s progress toward reaching the executive suite in the commercial real estate industry does not match their presence in the lower ranks, but signs point to improvement in the future.

The numbers are similar in corporate America as a whole: 4.2 percent of chief executives in the Fortune 500 are women, according to Catalyst Research. About 14 percent are executive officers, despite women making up 51 percent of management, professional and related occupations.

While looking at the numbers alone tells one story, the trend line sheds a more positive light. Women have made big gains in representation in commercial real estate. Women comprised 43 percent of the commercial real estate labor force in 2010, up from 35 percent in 2005, according to the latest benchmark survey by CREW, which hired the Cornell University Program in Real Estate to conduct the research across broad real estate categories, such as asset management, brokerage, development and financial services. The survey is conducted every five years.

Still, CREW says companies need to give increasing attention to retaining women in the middle ranks, where they are losing skilled, bright people who would otherwise be entering the primes of their careers. Women leave for other positions or pursuits—such as having children—but better retention basically comes down to happiness on the job, Ayers notes. “Satisfaction levels play a very high-level positive factor to keep women in the business,” she says. “You cannot afford to lose this kind of talent through perhaps some outdated HR methods.”

Companies would also stand to benefit by putting more women on boards, according to research by executive recruiter FPL Advisory Group. REITs that have had a female board member more than three years have outperformed peers by 2.6 percentage points over a three-year time horizon, according to FPL.

What is happening along the way to limit more women from making it to the executive level? The answer lies in a combination of factors, experts say. One reality is a higher level of dissatisfaction of women versus men in mid-management. The primary source: a lack of an ability to maximize earnings, according to a CREW report. Men earn more than women from almost the beginning of their careers. About 31 percent of men earned a salary of $250,000 or more in commercial real estate, compared with just 11 percent of women, according to a 2010 CREW report.

The male world at the top also reinforces the status quo there, recruiters say. While real estate has become more formalized through industry networks and events today than in the past, many bonds between real estate professionals are still strengthened on golf courses and at sporting events, venues traditionally more the domain of men than women. Many men simply just promote other men below them with whom they have formed those connections.

“There are all kinds of inbred, boys-club behavior patterns that persist,” says Matt Slepin, founder of Terra Search Partners, an executive recruiting firm in San Francisco.

Then there’s the reality facing women of whether to raise children. While this choice is also a dilemma for men, experts note that women still shoulder more of the burden of responsibility. All too often, just when women are reaching senior level positions, they are at a stage in life where they are getting married and having a family.

Just 1 percent of men who took an absence of three months or more did so due to the birth of a child, while 21 percent of women did so, according the CREW study. It is difficult to leave a career for family then come back to it five years later and expect to be on the same level as the men who stayed, says Wendy Simpson, president and chief executive officer of LTC Properties Inc. (NYSE: LTC). “You can’t make these choices and then say everyone else has to pay for that choice,” she says. “That is a huge life choice that women have to make.”

Putting in the required hours can conflict with other life goals, Simpson adds. “Everybody—a woman or man—has to make a decision of where they want to go and work to get there, and work hard,” she says.

Lisa Payne, chief financial officer for mall REIT Taubman Centers Inc. (NYSE: TCO), paid her dues in the early part of her career in investment banking at Chemical Bank and Goldman Sachs. Career came first. After she had her first child at age 37, she soon left Goldman to become CFO at Taubman. Her hard work at Goldman set the stage for transitioning to the executive suite. While her current job is demanding, the move gave her a better work-life balance, she notes.

“I think women really have to take much more of a marathon approach than a sprint when it comes to their career,” Payne says. “Know that in your life you will have different things that are going to be priorities.”

“I think women really have to take much more of a marathon approach than a sprint when it comes to their career.”

The hard work translates to sacrifice. When Debra Cafaro became chief executive of Ventas Inc. (NYSE: VTR) in 1999, it meant commuting from Chicago to Louisville, Ky., for the first five years of her job, taking her away from family during the week. “Many people would not be willing to make that sacrifice, which would be a perfectly acceptable decision,” she notes.

Nevertheless, REITs and companies across Corporate America are faced with an enormous drain of talent. Much more could be done by companies to retain women who are willing to make the time for their job and are dedicated, Hill says. “There needs to be some flexibility put into the workplace, so they can have lives at home and work,” she says.

Companies must also be committed to diversifying the workplace in the high levels. “If you are going to put initiatives in motion, they have to have sponsorship at the top,” says William Ferguson, co-CEO of FPL Advisory Group. “It has to start at the board level.”

Women also must be more proactive, according to Debra Barbanel, global head of the real estate practice for executive recruiting firm Russell Reynolds Associates. “Companies need to do more to help women progress in their career, but frankly women need to take ownership of their own careers,” she says. “It tends to be that those who ask, receive.”

“Diplomatically, you put yourself out there,” she adds. “If you know you have particular acumen in an area, you suggest, ‘I would like to take this on, what do you think?’”

Seek out mentors and advice, adds Diane Morefield, chief financial officer of Strategic Hotels & Resorts Inc. (NYSE: BEE). Be willing to extend beyond the comfort zone. “For me, it is defined as taking on a new promotion, role or project that you don’t feel 100 percent prepared for,” she says. “You need to at a certain point in your career take risks. That is the only way I think to substantially get ahead.”

Beyond mentorship, so called “sponsorship” is key, Ayers adds. “Sponsors are powerful backers who tap talent, giving them attention and support,” Ayers says. “Women need to proactively invest in this “relationship capital.”

So, while much work remains to be done, things have come a long way. Connie Moore, chief executive officer of BRE Properties Inc. (NYSE: BRE), says she remembers a NAREIT conference of CEOs and presidents in the early 1990s when she was running ICM Property Investors. “It was me and 50 or 60 men,” she says.
So women now have at least a presence at any leader confab. “We are creating opportunities for everyone,” Moore adds. “We have seen a growth of women because of all of those opportunities.”

The progress, albeit mixed, bodes well for the future of women in the executive ranks. For example, the 35 women serving as chief financial officers and 18 as chief operating officers among NAREIT members have a good stepping stone to the CEO post.

“The numbers say, each ensuing decade you are going to see more women,” Moore says. “Ultimately, we won’t have to have this conversation, because it won’t be such a big deal.”