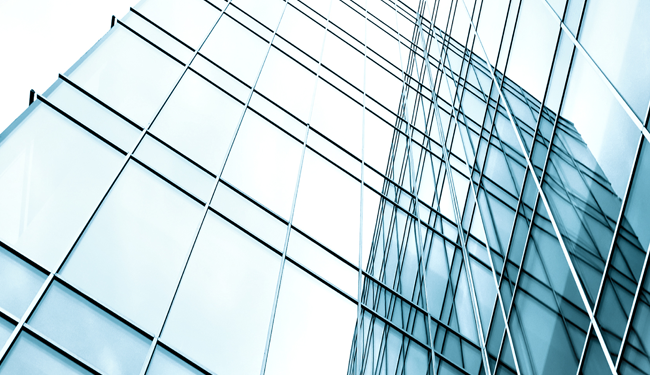 A four-year bull run may catch investors’ eyes, but a sustained period of outperformance inevitably leads to questions of how much longer REIT returns can continue their climb. REIT magazine assembled a group of leading real estate mutual fund managers for a roundtable discussion regarding their outlook for the industry in the current market environment, keys to successful long-term management of a company and the evolution of REIT investment.

REIT: In your mind, what was the dominant theme or story of the REIT market a year ago?

Jay Rosenberg: I think it was really similar to the broader market in general. There were still problems with the European economy, interest rates were coming off historical lows and we were in a big election year. The platforms of the two major political parties were vastly different, and the prospects for the market as a result were vastly different.

Jay Leupp: Portfolio managers needed to have two questions answered: Would the slow and steady improvement of commercial real estate market fundamentals continue? Would the debt and equity markets remain open to U.S. REITs? The answer to both was yes.

Mark Snyderman: Our fund is a little bit different, in that it mixes real estate stocks, both common and preferred, with bonds of real estate companies and commercial mortgage-backed securities (CMBS).

Low interest rates make REITs look good to income-oriented investors, but they also allow companies to refinance their debt and save money. They’re able to bring more earnings to the bottom line in this environment.

Jerry Ehlinger: Event risk was clearly on investors’ minds heading into 2012. First, the markets were still digesting the fourth-quarter volatility sparked by European sovereign credit risk, a problem that seemed insurmountable and still lingers today despite the near-term tail risk that appears priced out of the market. Of equal concern, the political and budget headwinds in the United States were just starting to find space in investors’ minds.

Adding to the uncertainty were several other geopolitical issues around the world that had the potential to destabilize markets. Despite these headwinds, real estate fundamentals were similar to today, solid.

REIT: One of the big issues confronting the business world as a whole in recent years has been the fiscal situation looming over the United States. How is the uncertainty affecting the REIT industry?

Leupp: It’s obviously a major macroeconomic concern for the REIT industry, the capital markets and the country as a whole. Since it has become an issue that isn’t being solved in a single legislative or executive action or policy decision, the situation has become a permanent overlay in our equity research analysis.

It’s an issue that has the potential to crack the capital markets.

However, as long as the president and Congress continue to pull together short-term, Band-Aid solutions, the markets will continue to function.

Joel Beam: REITs prosper as the economy grows. Less clarity about fiscal and tax policy results in less marginal risk being taken by decision-makers, who lease space from our REITs. Risk is everywhere and certainty is rarely in the room; but with an unsettled tax and fiscal landscape, decisions to hire, to lease space, to invest in one’s business get postponed, and economic activity is restrained.

Ehlinger: From an absolute perspective the situation is clearly negative. It creates uncertainty, which in return creates delayed decisions by tenants to varying degrees.

That said, there is a silver lining for REITs. Uncertainty and slower economic growth support lower debt yields as well as a hold-off on new development to an extent. At this point, slow growth, low interest rates and enough risk to keep only the best developments moving forward is an attractive environment for REITs.

REIT: What is one sector that you consider to be undervalued in the current environment?

Beam: We think hotels still seem to have the best potential for outsized operating performance. I think the contrarian thesis right now is in the office sector. The leasing dynamics can change quickly if the economy heats up.

Leupp: I would say that the lodging space probably is undervalued a little on a replacement-cost basis. Also, the office sector is probably undervalued based on long-term valuation metrics, particularly replacement cost, price to NAV and FFO multiples.

Ehlinger: Today we believe the clear value play is the apartment sector. There are clear supply headwinds that will take some of the momentum out of revenue growth, which we have accounted for in our NAV estimates.

The single-family housing market recovery is often highlighted as a concern, but the financial impact of this over the next couple of years is likely small.

Rosenberg: Our style is sector-neutral. We consider ourselves stock-pickers. That said, there are two sectors that look really attractive from a valuation standpoint.

Multifamily stocks have underperformed, although we see apartments now trading at not as large of a premium versus private market values.

In the net lease sector, what we really find attractive is that we’ve seen high-yield bonds have good performance. In high-yield bonds, you have static coupons that have significant duration risk. Investments in net income in the REIT sector should perform well, as we’re coming off historically low interest rates.

REIT: How about a sector that you think may have either hit its peak or is approaching it?

Beam: Right now we’re most concerned about the health care REITs. The companies tend to have big premiums to NAV, and their impressive external growth through acquisitions has had a financing and share-currency tailwind that may not endure.

We have companies that are very good stewards of their balance sheets. On the other hand, we see companies trading at high premiums to NAV, and there’s more political risk. Overall, I see a little more risk in the health care sector than we’ve seen otherwise. However, we do have significant exposure to health care and we find some of these companies to be some of the best run within the REIT industry.

Ehlinger: The health care sector will likely underperform in any market other than one where economic activity turns down. The space has enjoyed an unprecedented cost of capital advantage relative to private market pricing, and the companies have done an admirable job maximizing this. Those opportunities are far less relevant today due to fewer large portfolios available and a re-pricing in the market as a result of aggressive buying over the last several years.

REIT: In terms of the nuts and bolts of your job, what stands out to you as unique about managing a real estate fund relative to other categories of investment funds?

Snyderman: One of the nice things about real estate companies is that the fundamentals are fairly predictable. That’s partially because it takes quite a while to create supply, and demand shifts slowly. That’s very different than if you’re looking at technology stocks and other kinds of stocks.

Company earnings are predictable within a fairly narrow band. That doesn’t mean you always get the stocks right, but at least you get one part of the valuation that’s fairly close.

Beam: I think it’s different because the businesses we invest in don’t evolve or devolve at the speed of other businesses. We don’t tend to have to wrestle with rapid technological obsolescence or patent expiration or sudden changes in consumer tastes.

Plus, many of our companies often start the year with 70 percent to 80 percent visibility on revenues, so there’s great security in that. It never gets boring, because once you’ve learned how money is made in property, you can use that knowledge to expand your investment footprint across markets, regions, indeed countries. In fact it’s always interesting, because there are endless details and elements of our companies and their assets that we must learn and synthesize.

Leupp: Our sector is unique both in the U.S. and globally in that in our approach, both the macro factors and the micro factors carry equal weight and require intense analysis. We spend more time, I believe, than our peers in other sectors visiting companies, having in-depth meetings with management teams, touring properties and trying to understand local markets. Our bottom-up analysis tends to be a lot more than just securities valuation, because it is enmeshed in the fundamentals of real estate valuation as well.

Ehlinger: Simply, we have greater confidence in the value of what we own. First, we own tangible assets with contractual cash flows and the ability to use secured financing. This allows for a straightforward discounted cash flow framework. Second, the frequency of private market transactions provides transparency into private-market pricing. Finally, I believe the access we have to the portfolios as well as the company management and the underlying assets exceeds most public securities.

REIT: In your conversations with investors, how do you think their views of REITs as investments have changed, if at all?

Rosenberg: We’re seeing investors’ acceptance of REITs as an asset class increasing. They’ve become commonplace in many advisors’ portfolios and in retirement plans.

Many investors were perplexed by the volatility of REITs during the financial crisis, because REITs are supposed to be less cyclical. That volatility did concern investors.

Ehlinger: In the early 1990s, the space was considered a small niche public investment option. During the late’ 90s and early 2000s, the acceptance of REITs as a proxy for real estate and an investment that could provide lower volatility and diversification became common.

Post-2008, we saw certain REIT investors re-evaluate the investment merits of the asset class, with some choosing to exit the space due to heightened volatility and correlations or due to the fact that REITs were now more represented in their broader equity funds. Despite the discussions on the topic, only a small minority of investors settled on this view. Most investors still view REITs as a proxy for real estate and a key component of a diversified portfolio.

Leupp: The individual investor’s view of REIT investing has changed dramatically. Historically, REITs were treated as pure income vehicles with an expectation of high income and capital preservation. Over the last 30 years, while REITs have continued to serve as a valuable income component, REIT common shares have become stellar total-return vehicles.

Investors have come to set higher standards and expect a lot more from senior REIT management teams. Investors and management teams have together grown more sophisticated with higher expectations.

Beam: Ours is mostly a retail client base, where investor interest in REITs seems to ebb and flow depending on the winds of fear and greed. The long-term returns offered by REITs are very much in demand when the weather is cold, but oftentimes not enough when greed is in the driver’s seat. One of our biggest challenges is to build relationships with investors who have the right expectations.

Snyderman: Dividends have become more important over time. Also, future growth of dividends has become a factor. There’s this gradual shift in the investment world towards more income-oriented securities.

REIT: If a CEO called you up right now and asked you for one key piece of advice that is imperative to running a successful REIT, what would you say?

Ehlinger: If I were to have only one, I would say mind your balance sheet. I am not a proponent of a “one-size-fits-all,” low-leverage balance sheet. Each company’s balance sheet needs to fit its strategy and asset class. Maintaining multiple financing options and not getting investments ahead of funding is key to creating and maintaining value.

Rosenberg: It’s very important for a company to prove that it can add value over a static portfolio investment. Companies should balance the least amount of capital with the lowest levels of risk. Also, shareholder alignment is crucial.

Snyderman: The main thing I would tell a REIT CEO is to stop talking to me and other investors so much. CEOs worry too much about investors and what they think. They spend too much time catering to people like me.