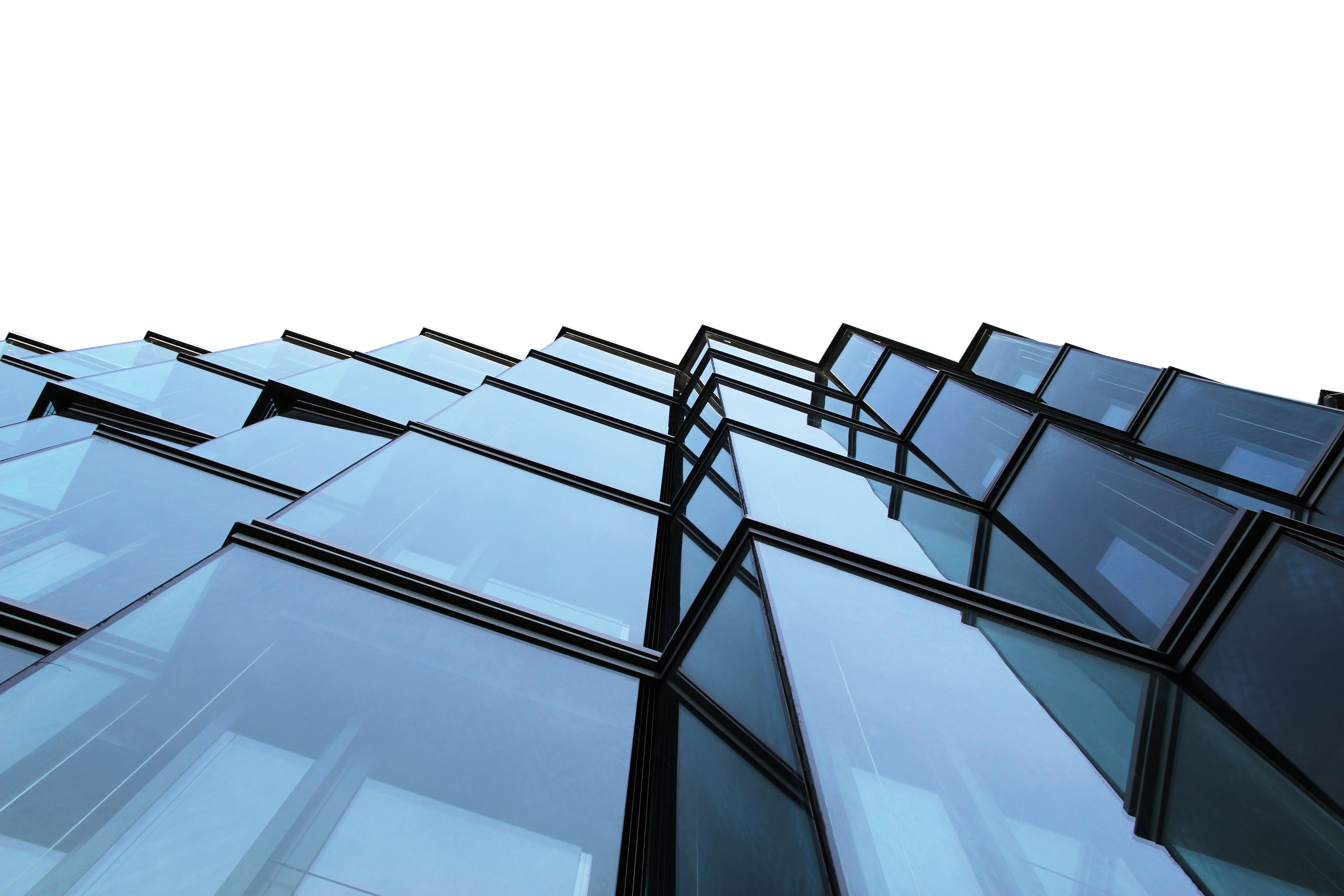 More than five years have passed since the contagion in the U.S. housing and residential mortgage-backed securities markets seeped into the global financial system, inducing economic upheaval around the world.
The interim period has seen pricing in most parts of the commercial real estate market experience a full recovery to levels seen prior to the Great Recession. Meanwhile, residential housing pricing in most parts of the country remains well below what it was before the crisis.
“The decline in commercial property values was very substantial from 2007 to its bottom in early 2009,” says Brad Case, NAREIT senior vice president of research and industry information. “But commercial property values have in major markets largely recovered. That’s certainly not the case in the residential market. There are a lot more areas where housing prices dropped dramatically and haven’t recovered nearly as well as the commercial real estate market. The recovery has been much quicker in commercial real estate.”
What accounts for the difference? Tim Riddiough, a professor in the Department of Real Estate and Urban Land Economics at the University of Wisconsin School of Business, calls it the “civilizing influence” of REITs.
Riddiough co-authored an article on the phenomenon last year in the Journal of Portfolio Management. According to Riddiough, the residential housing market gorged on development during the good times. In contrast, the commercial market showed a newfound sense of restraint.
For example, Riddiough calculated that the annual rate of new office properties coming online from 1991 to 2011, equaling 1.5 percent of the existing building stock on average, which is in line with estimates regarding the rate of economic depreciation of office space. Likewise, he found that during the housing and construction boom from 2002 to 2008, office construction was held in check.
“Supply seems to be the key difference in explaining the differences in the recoveries,” Riddiough maintains. “In the middle of the biggest real estate boom in recent history, there wasn’t a development bonanza on the commercial side.”
Riddiough attributes that restraint to the growth of securitized real estate, which he believes has imposed more discipline on predisposed tendencies of developers to want to overbuild. He and other commercial real estate market observers contend that investors and policymakers alike could learn important lessons from the interaction between stock exchange-listed REITs and the commercial real estate market before, during and after the downturn.

The primary benefit that stock exchange-listed equity REITs had to offer the broader market as a whole was their transparency.
“There are several ways REITs have helped stabilize the property market,” says Mike Kirby, chairman and director of research at commercial real estate research firm Green Street Advisors. “First, the transparency they provide has helped an industry that used to operate somewhat in the blind to better understand what other market participants are doing at any point in time. In both theory and practice, this has helped level out the boom-bust nature of the development cycle.”
As is the case with any exchange-traded company, Securities and Exchange Commission (SEC) rules mandate that SEC-registered REITs publish financial statements disclosing their operating performance, capital structures and other pertinent information. Consequently, REITs’ reporting requirements transmit key information to investors, property owners, developers, bank regulators, analysts and other members of the broader public with respect to current real estate economic and financial conditions. Based on this, and other sources of real-time information, market participants can draw conclusions about both the companies themselves and the state of the commercial real estate market on the whole. These conclusions are reflected in stock prices among other places.
As such, Riddiough and his co-authors—Frank Packer, head of economics and financial markets, and Jimmy Shek, statistical analyst, of the Representative Office for Asia and the Pacific at the Bank for International Settlements in Hong Kong—note that the share prices of listed equity REITs provide information to all market participants. So long as these other market participants pick upon the signals coming from listed equity REITs, they can use that knowledge to influence their own strategic and operating decisions.
“When someone is thinking about issuing a construction loan, they have data from the REIT market,” Case says. “That’s what we didn’t have in the housing market.”
The researchers found statistically significant evidence that development was increasingly restrained as REITs gained market share in commercial real estate. They say that supports their conclusion that market participants are paying close attention to the decisions and reporting of listed equity REITs. Case agrees, and he says the results have played out in the most recent asset pricing trends.
“If you compare this downturn and recovery to the one in commercial real estate in the early 1990s, the more recent price decline was much more severe, but both the price decline and recovery have been a lot faster,” he says. “In the private real estate markets,
commercial property values recovered about five quarters faster than they did in the early 1990s.”

LIFE IN THE FISHBOWL GOOD FOR MARKET

All of this raises another important question: Why are commercial real estate market participants so keen on following the lead of listed equity REITs? The answer lies in a series of interlocking structural factors embedded within the DNA of the REIT approach to real estate investment, according to industry observers.
It all starts with the scrutiny of being a publicly traded company.
“In that fishbowl of being a public company, these firms not only have to be transparent, they have to be time-consistent,” Riddiough explains. “REIT management teams are constantly communicating with their investors and outside analysts. They develop strategies and make certain statements to the public about what to expect in the near and medium terms, and they are expected to deliver on their promises. Doing so on a repeated basis creates confidence and credibility that shows up in share prices and the cost of other forms of capital.”
Additionally, although “REIT governance is not perfect,” Kirby asserts that it is superior to other forms of real estate investment.
“In general, the interests of REIT execs are aligned with those of REIT investors, and well-aligned interests are likely to result in better allocation of capital,” he says. Whereas “growth for the sake of growth” is incentivized under some approaches to real estate investment, “REITs are more likely to pull in their horns when markets are frothy and/or new supply is excessive,” according to Kirby.
Furthermore, he says, REITs tend to employ conservative levels of leverage: “REITs operate with relatively conservative balance sheets, and their ability to weather economic storms better than highly levered private operators helps to minimize the severe pain that can otherwise be associated with a downturn.”
Importantly, Riddiough notes that listed equity REITs have only developed the necessary scale in the last 20 years—referred to as the Modern REIT Era in the industry—to hold such sway over the rest of the market. The period began in 1993 with a wave of initial public offerings that transformed the industry. “What we argue is that, effectively, no one paid attention to (REITs) until the modern REIT era occurred,” Riddiough says.

Going forward, observers suggest the “civilizing influence” of listed REITs will have a profound effect on the business of commercial real estate.
“REITs have helped foster a level of transparency and professionalism that did not use to be prevalent in the real estate industry,” Kirby says. “The best practices that the top REITs have fostered–particularly when it comes to balance sheet management–will spread across much of the real estate sector, which will provide a calming influence on property cycles that have historically been more volatile than they needed to be.”
Given the role that real estate markets have played in causing instability in financial systems, the spillover impact could be even more significant in the broader economy. By their very nature, all markets are subject to up and down cycles. Yet, dampening those swings in commercial real estate presents real economic benefits for the entire economy, according to Case.
“When you have over-construction in real estate, you’re using money to build buildings that aren’t going to be valued,” he says. “Since there are construction loans and, eventually, mortgages that are connected with those projects, if the projects go bad and the property values fall, that has a ripple effect through the rest of the financial system.”
“This could have a profound effect in terms of helping reduce large-scale misallocation and systemic financial market risk,” Riddiough says.
Allen Kenney is REIT magazine’s editorial director.
Search categories
Banking & Finance
Market Analysis & Research
Transactions
x