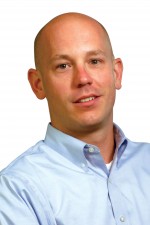 THIS PAST WINTER was a long, hard, extremely cold slog for almost the entire country. Bitter temperatures, nasty storms, travel woes and the overuse of the term polar vortex were enough to turn anyone into Jack Torrance at the end of “Th e Shining.”

Sweet, sweet March brings with it all the hopes of spring: warm winds, new flowers, the end of that white salty gunk caking your car and, of course, baseball.

Spring training is in full swing, and opening day is right around the corner. I’ve written in the past about all the optimism and possibilities that the start of a new season can bring. For 29 teams it is a chance to improve on the previous season and begin the quest to become World Series champion.

Where would you rather be: The king of the hill trying to defend your position, or a hungry challenger making a run at the throne?

For one team, my beloved, bearded Boston Red Sox, this spring is the start of a different journey. Rather than trying to climb the mountain, they will be trying to stay at the summit. A task that is easier said than done considering the changing cast of characters and the way each season presents its own unique challenges.

Where would you rather be: The king of the hill trying to defend your position at the top, or a hungry challenger making a run at the throne?

REITs have found themselves in both positions in recent years. Some years, such as 2010 and 2011, REIT shares bested the S&P 500 and were trying to maintain their outperformance. Other years, including last year, REIT stock prices struggled in comparison to the broader market, and investors and analysts pointed to the potential for improvement that lay ahead.

Like a baseball team, there can be a myriad of reasons for REITs to have a down year. Th ere may be larger macroeconomic concerns such as job growth or interest rates impacting share prices. Th ere could be concerns about overbuilding or rental growth potential.

However, there are certain qualities that a baseball team, company or industry must possess to ensure that a down season does not become a lingering decline. At the top of that list is experienced, diligent management. Th is is an area where the REIT industry excels, according to longtime Wharton Business School professor Peter Linneman, the subject of this issue’s “Capital Markets” column.

Being effective stewards of capital is also essential. A baseball team can set itself back for years spending big money on the wrong player. REIT executives have proven adept at knowing when to raise capital, when to make deals and, maybe more importantly, when to be more prudent with their resources.

So enjoy spring. This year may or may not end with REITs on top, but it is good to know that the team continues to be in good hands for the long haul.