Peter Linneman on the Enduring Appeal of REITs 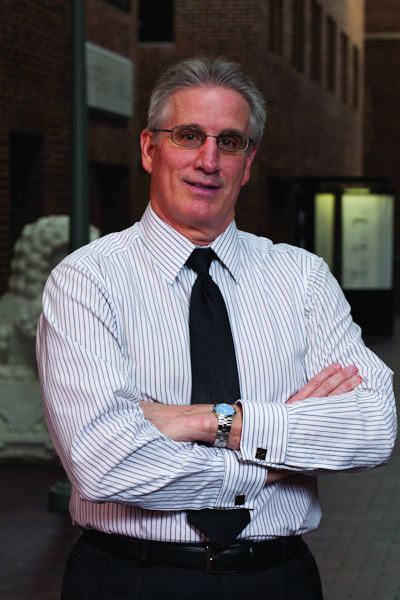 TECHNOLOGY LOVERS MIGHT  refer to Peter Linneman as an “early adopter” of REITs.
Linneman, the founding principal of the Linneman Associates consulting firm and a long-time member of the faculty at the University of Pennsylvania’s Wharton School of Business, began encouraging investors to add stock exchange-listed REITs to their portfolios nearly 20 years ago.
Linneman has received multiple awards throughout his career for his research on commercial real  estate investment. He sat down with REIT magazine to discuss why he finds the REIT approach to real estate investment appealing and how he has seen the industry evolve.
REIT: Some of your past research  has focused on pricing of commercial real estate assets and stock exchange-listed  REIT share prices over the years. Can you give us an insight into your general conclusions?
PETER LINNEMAN: In the early days, REITs were underpriced relative to their levels of risk. If you were a long-term holder, it was a very good time to invest in REITs. I think that reflected a general misunderstanding of what they were. It was a new product,and most of the company names were new to investors. It took a while for the market to catch on.
As you come into the 2000s, they were priced about right relative to their risk. By late 2006 and into 2007, they were overpriced. If you bought at that point and held, that was about as bad a time as you could have purchased REITs.
That quickly reversed into the greatest underpricing of REITs, which occurred in late 2008 and early 2009 as the financial crisis unfolded. My analysis showed extraordinary mispricing of the risk. That turned out to be by far the best single time in history to invest in REITs, and it was when most people were selling, rather than buying.
Since 2011, the pricing has been right around relative to the risk you’re taking. Right now my analysis shows that it’s basically fair pricing for the risk you take.

"REITs are the most transparent investments out there for third-party investors."

They pale in terms of their operational capabilities and their financial sophistication compared to the great real estate companies that have evolved over the past 20 years as REITs.
REIT: So, then, that sophistication of management has been the biggest change in the industry in your career?
LINNEMAN: Actually, the bigger change is the transparency and the efficiency that goes with it.
It used to be that even in New York City, the only ones who knew occupancy rates and rents of good properties were the owners. Today, because of companies such as Boston Properties (NYSE: BXP) and S.L. Green Realty Corp. (NYSE: SLG), pretty much everybody knows. That allows a greater efficiency of pricing, a greater efficiency of underwriting risk.
By knowing that, you can benchmark your properties off of how theirs are doing. That’s true in all the sectors. I think that greater efficiency has meant that to take advantage of special knowledge and expertise, you’ve had to move down the food chain to exploit inefficiencies. No longer can you buy the best properties in the best markets and expect much more than an efficient rate of return.
REIT: REITs faced some criticism from investors and analysts following the credit crunch for the leverage that they were carrying on their balance sheets. In your opinion, were  REITs overleveraged?
LINNEMAN: In general, no. There were a few com- panies that had too much leverage and too much short-term leverage. There was a lot of hand-wringing and stress and brain damage and so forth, but even when the capital markets shut down, these capital-intensive enterprises made it through.
What they did find was that if you’re a REIT, the advantage is lower leverage when in doubt.
REIT: What  constitute  the most significant  challenges for management teams in the commercial real estate industry in the short and longer terms?
LINNEMAN: In the long term, it’s the same challenge that great companies have faced for a long time: What’s next? Having raised the bar, can you raise the bar again and again?
In the short term, they’re facing the same challenge that faces anyone in a capital-intensive industry right now: How will they manage when (interest) rates are allowed to rise and tapering finally ends?
The next two or three years are going to be tricky.
REIT: Have investors’ opinions of REIT investment changed over time, particularly in the aftermath of the financial crisis of the late 2000s?
LINNEMAN: REITs weathered the stress test of 2008 and 2009. In so doing, the REIT industry proved that these are great companies with great assets and strong balance sheets.
Name a company that didn’t take a hit in any sec- tor during the rush to safety in the crisis. What they did prove is that the best companies in the REIT sector are as good as the best companies in any sector. With the 2008 and 2009 experience, there were a lot of people who thought REITs would collapse. But REITs survived and did quite well.
Moving forward, that is credibility bought.
REIT: Some institutional investors have shown a clear preference for direct forms of real estate ownership in the past. Do you see attitudes changing in that regard?
LINNEMAN: Slowly. There are a lot of institutional factors that affect it. I think the performance of REITs through the crisis relative to direct ownership and private equity showed the advantages of REITs.
There’s always a niche for private ownership and private equity, but I think most investors should start by asking, “Can I get the exposure that I need through REITs?”
Allen Kenney is REIT magazine’s editorial director.

Investment news
Market Analysis & Research
Bio:
Peter Linneman was a member of the faculty of the University of Pennsylvania’s Wharton School of Business for more than 30 years, during which time he served as the founding chairman of the school’s real estate department and director of the Zell-Lurie Real Estate Center. Linneman’s consulting firm, Linneman Associates, provides strategic advisory services to investors. He also runs an educational charity for orphans and impover- ished children in rural Kenya.