CEO Kevin Keyes and Annaly have laid the groundwork to thrive as the investment and regulatory landscape changes. 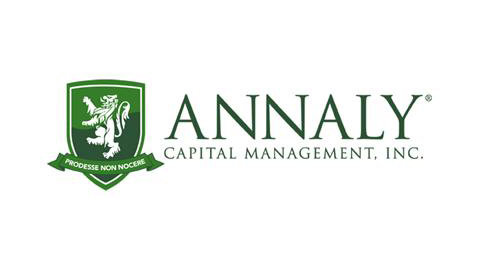 Kevin Keyes’ promotion to the CEO position at Annaly Capital Management, Inc. (NYSE: NLY) in September 2015 came at a difficult time for the Mortgage REIT industry.

But despite the challenges of 2015, Keyes is confident that Annaly, the largest Mortgage REIT in the United States, is uniquely positioned to prosper due to years of careful preparations made in light of a changing investment and regulatory landscape.

Keyes, who joined Annaly in 2009 after a 20-year career in investment banking at Bank of America Merrill Lynch, Credit Suisse First Boston and Morgan Stanley Dean Witter, spoke with REIT magazine about those preparations and the new opportunities he expects Annaly to take advantage of in the years to come.

REIT: What made 2015 such a challenging year for Mortgage REITs?

Kevin Keyes:  Overall, 2015 was a challenging year for a lot of investors, not just Mortgage REITs. There were a number of reasons for that.

The first was interest rate volatility: The market had a range of different expectations with regard to the timing of the Federal Reserve’s “lift-off” of rates. The second reason was global in nature. Since 2014, we’ve been talking about “red lights flashing” in the global market. There are a lot of unknowns, not just monetary policy, but also the backdrop of slowing economic growth. Volatility wrapped around slowing growth has unnerved the markets.

Now that we have more visibility on monetary policy, at least in the United States, I believe Annaly is a very attractive-yielding asset to own in the current low-yield environment. We are one of the alternatives for investors to obtain cash yield, including Equity REITs, master limited partnerships and utilities, so we run Annaly not to compete against any one peer or group of our Mortgage REIT peers. We want to attract all the yield investors we can across different asset classes.

REIT: How is Annaly positioned for 2016’s interest rate environment?

Keyes: We’ve done a number of things over the past couple of years to prepare for a rising interest rate environment. In the agency portfolio, we have reduced our leverage and enhanced how we hedge interest rate risk. Also, we’ve made significant strategic moves, consolidating our credit strategies, which were in separately managed public companies or private vehicles, onto our balance sheet. This has enabled us to more effectively manage interest rate risk and complement it with credit strategies that are lower levered, largely floating rate in nature and have longer-term and more predictable cash flows.Moreover, we expect these assets to perform more favorably in a rising rate environment.

REIT: Are you satisfied with the level of portfolio diversity that Annaly has been able to achieve?

Keyes:  We’ve built the organization in anticipation of heightened volatility in the fixed-income markets. Our commercial real estate business, middle-market lending business and residential credit business are a very good complement when rates are presumably going to go one way—even though we think it’s going to be at a very slow pace.

We think we’re uniquely positioned because the three credit businesses are very large relative to other independent companies in the market, even though they are not as big as our agency business. We will be close to doubling the amount of equity dedicated to the credit strategies year over year; that’s a function of having the confidence in the teams to do that.

Going forward, what we offer and what we’ve built is size, safety and stability, with more diversification than any other company that we really compete with.

REIT: Annaly recently announced it expanded its leadership team. What was the rationale for this?

Keyes: My role changed last summer, and in connection to that, we elevated certain people and added to the team, so it has been an ongoing management-building exercise. We’ve made a lot of investments in people over the past few years. Our recent announcement was really to acknowledge those people and make sure the market recognizes that we have as broad and as deep a team as we do.

REIT: You recently described Annaly as a “yield manufacturer in a world of no yield.” How have you achieved that?

Keyes: It’s primarily due to our diversity and, frankly, our liquidity. We’re very conservatively managed. We’re 10 times the average size of a typical Mortgage REIT, we’re a third less leveraged and yet we’ve had a 496 percent total return since the initial public offering in October 1997. The S&P 500 Index returned 177 percent for the same period.

When you’ve got our size, liquidity and range of expertise, you can take advantage of market dislocations like no other company. Layer on diversity and more investment options, and I think going forward we’ll be able to be more opportunistic than most companies, especially in this current environment.

REIT: In September, Annaly provided Blackstone with $592 million in financing for a multifamily portfolio. Would you describe this as a shift in strategy? What potential do you see in commercial mortgage lending?

Keyes:  I wouldn’t call it a shift, but rather an augmentation of our strategy. We now have a team in place with sponsor relationships with firms like Blackstone that we didn’t have before. That’s allowed us to scale the commercial real estate business with those types of investors as our partners really like no one else.

We’re not a private equity-backed firm; we’re almost like Switzerland in the world of commercial real estate in that we are a good partner for private equity firms that are competing against one another. The Blackstone transaction was one of a number of transactions that really exemplify the bigger and broader team that we’ve invested in.

REIT: How have recent changes in bank regulations opened up opportunities in commercial lending?

Keyes: Heightened bank regulation means there’s more opportunity for commercial lenders like Annaly. A number of these regulations are restricting some of the investing and lending activities the banks can do. By definition, we’re a balance sheet lender that is able to be opportunistic in situations where the banks are no longer going to be as competitive in certain areas.

We’ve been anticipating stronger regulation of banks since 2008. I joined Annaly in 2009, and there has been a very strong strategic push for us to position ourselves to take advantage of different opportunities that have resulted from an evolving investment and regulatory landscape.

REIT: What opportunities do you see in the residential credit portfolio?

Keyes: Residential credit investing is really an illustration of government-sponsored enterprise reform happening ahead of schedule. Everyone is waiting for legislation for Fannie Mae and Freddie Mac to be restructured or changed, but the residential credit transactions from a very high level are basically Fannie and Freddie already taking steps to de-risk themselves, without needing legislation in place.

The redistribution of risk has already started and is only going to get bigger.

REIT: Are additional share buybacks on the table at Annaly this year?

Keyes: Historically, we were the first Mortgage REIT to buy back stock in the fourth quarter of 2012—the onset of  [the Federal Reserve’s third round of quantitative easing]—with the authorization of a $1.5 billion stock repurchase program. We view the buyback program as one of our numerous capital allocation options.

We are not a monoline strategy; we intend to use the program when the risk and return calculations are superior to our four other businesses over the longer-term.

REIT: What do you want investors to know about Annaly that may not be apparent?

Keyes: I think the market doesn’t really appreciate the breadth of this organization, which is what I’m really proud of.

We’re not just the biggest company that’s been around the longest in the sector. I really think that our ability to have more investment options with less expensive and more diverse financing will allow us to create more stable, higher-yield returns over time.