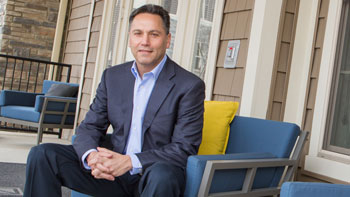 For REITs, the beginning of President Donald J. Trump’s administration has touched off an important period in the policymaking process at the highest levels of government. A Republican-led White House, House of Representatives and Senate set the stage in Washington for what could be the most serious efforts toward comprehensive tax reform in more than 30 years.

However, it’s important to note where we are in the legislative process in regard to tax reform. With the start of spring training, a baseball metaphor seems appropriate: The tax reform players are still taking batting practice; the actual game has yet to start.

President Trump and some key leaders in Congress have discussed potential tax policy changes in conceptual terms. The tax reform “Blueprint” released last year by House Ways and Means Committee Chairman Kevin Brady (R-TX) with the support of Speaker of the House Paul Ryan (R-WI) offers one notable example. Actionable, concrete legislative proposals have yet to emerge from these conversations, though.

The latest round of elections also shuffled rosters across Washington. In addition to the numerous new faces in influential positions throughout the executive branch, Congress welcomed newcomers in both chambers.

All of these factors make this a critical period for NAREIT in its role as the representative voice of the REIT industry. For NAREIT’s Investor Outreach team, that entails maintaining productive dialogues and a visible presence within the investment community. Meanwhile, the Communications department will continue to spread NAREIT’s message to a broad range of audiences through media outreach, targeted public information campaigns and the organization’s internal media platforms.

But in the context of tax reform, NAREIT’s Policy & Politics team is the ace of the REIT industry’s pitching staff. They carry the responsibility of communicating the benefits of REIT investment — transparency, a history of competitive performance, dividend-based income, portfolio diversification and liquidity — to all members of Congress, from leadership in the House and Senate to the new legislators who will ultimately have a vote on any bill. The same also applies to influential members of the Trump administration, including economic advisers and the Treasury Department.

Furthermore, the Policy & Politics team can serve as a resource for those responsible for crafting tax reform legislation, providing insight on the effects of different policy options to legislative aides and staff of the congressional tax-writing committees. If a bill is passed, the team also can engage with regulatory authorities in the attending rule-making process.

Since Congress created REITs nearly 60 years ago, they have democratized real estate investment in the United States. NAREIT has played an instrumental role in advocating for the framework of rules undergirding this thriving industry. That will continue as we enter a new stage in the potential evolution of U.S. tax laws.

As always, NAREIT is on the field.