REIT investors had to contend with plenty of surprises in 2016. Political shake-ups at home and abroad, interest rate volatility and property valuation concerns were among the many factors that buffeted markets throughout the year.

When all was said and done, the FTSE NAREIT All REIT Index had a total return of 9.3 percent for 2016, compared with a 12 percent return for the S&P 500 Index.

REIT magazine recently spoke with the portfolio managers of some of 2016’s top-performing real estate investment funds to discover how they navigated 2016 and the opportunities and challenges they see for 2017.

REIT: What was the key to generating attractive returns in 2016?

Joel Beam: Our willingness to pivot depending on overall market direction. We think 2016 demonstrated how having an active management approach can genuinely work for real estate investors and REIT portfolios, especially after witnessing three periods of great volatility in the sector.

Burland East III: Ignoring white noise. We almost never overreact to anything and we pay almost no attention to macro predictions. Our fundamental, philosophical basis is only to focus on things that are knowable.

Mark McAllister: Looking for cheap quality, avoiding value traps, being opportunistic where we thought the rest of the market perhaps had overreacted, and being patient with existing positions– letting the operating story or the valuation play out.

Mark Snyderman: The common stocks in the fund did quite well due to good stock selection. With rising interest rates in the fourth quarter, it was also good to have some preferred stocks and bonds that were less interest rate sensitive. I also had a reasonably sized allocation to Mortgage REITs during the year. That was another source of the outperformance.

Edward Turville: The fact that we’re indifferent to what structure we buy the real estate in. We don’t manage to the indexes, we’re very indifferent to market capitalization and we don’t have any sector strategies. The investments were all individually underwritten and produced a return in line or above our targets. Companies in the smaller capitalization sector substantially outperformed the larger cap sector, and that was 100 percent different from 2015.

REIT: What are you focusing on as you position your fund for 2017?

McAllister: We’ll take the same all-weather approach of looking for quality value. However, there are a number of variables that are particularly uncertain in 2017. For example, we’re trying to get a handle on what’s being said by the new administration and Congress regarding whether there’ll be more stimulus added to the economy and who’ll be the biggest beneficiaries.

Snyderman: There are no massive changes planned. I invest for three- to five-year holds. If something appears a little bit cheap, then I’ll buy more, but it only moves the allocations by a few percent.

Beam: We are still on target to position the fund for what we call a return to normalcy in the capital markets. Now more than ever, we are hyperconscious about what companies we own and what sectors we favor. Much of that is about valuation.

Turville: The same opportunities are out there in 2017 that were out there in 2016. We think we have a good set of those in our portfolio. We’ll be recycling some more holdings and hope to add some new investments as the year goes on. We also have a cash position that’s relatively high right now, so if any corrections occur, we would be looking to put more money into our existing holdings.

Turville: Yes. We watch them all the time. We think about what the value is in the real estate relative to where interest rates are today. More than in the recent past, there are some economic and potential inflation pressures that seem to be moving rates up a bit. The market overreacts to that in real estate, and so I expect we’ll have some pullbacks in REIT share prices in 2017.

Beam: We expect the trend in capital markets to be a return to normalcy. Changes in interest rates and risk premia will affect many investments, not just REITs. If the return landscape does shift back to something that is a bit more typical, then there could be volatility in the sector.

East: Change is expected when the economy starts to accelerate and employment and inflation picks up. In that kind of environment, real estate typically does really well. We think that’s the cycle we’re starting now.

REIT: Should we expect to see movement in REIT valuations?

Beam: There could be some air underneath the overall level of valuations in the REIT space, and that’s why we need to be careful in how we position our portfolios.

East: REITs are undervalued. A 10 percent reduction in net asset value is already baked into share prices, based on people believing there are going to be multiple interest rate increases, the long-end of the cycle is going to increase and cap rates have to go along with that.

McAllister: We see modest discounts overall in the group, on the whole it’s not screamingly cheap, but there are pockets of value. We are in an environment of pretty low market and implied cap rates. We have some cushion versus higher interest rates, but if cap rates start moving up materially it will be painful. Owning quality stocks that are already cheap, relative to net asset value (NAV), is a nice cushion on the downside, and they can certainly give you meaningful participation in an up market.

Snyderman: I think real estate stocks are fairly valued. From this point, one should expect an average of upper-single-digit total returns per year.

Turville: The larger capitalized end of the main street REIT market is pretty fairly valued right now. There isn’t much undervaluation. Most of it is still in the lower market capitalization companies and in certain sectors like retail, where there’s a pretty wide gap.

East: We still see plenty of opportunity in the U.S., and we don’t see any reason to change that. While there are always interesting stories and stocks [abroad], we end up typically feeling like the safety and security and risk-adjusted returns here are impressive.

Beam: Interest rates and return opportunities remain challenging in many foreign locations. In a less border-restricted world, I see a continuing trend of capital moving from those environments to the U.S., where we currently have some return opportunity. However, investors should understand that the politics of protectionism and isolation can extend to limitations on cross-border investments.

McAllister: We’ll probably see some slowdown in inbound foreign investment, given the level of the dollar, cap rates and where we are in the real estate cycle.

Turville: I think foreign capital will keep coming in, but I don’t think they’ll pay the same prices they paid in 2015 and parts of 2016. They’re going to want a better deal as alternative investments are going to be getting more attractive.

REIT: As you assess your investment decisions, what are specific priorities you want to see how REIT management teams address?

Beam: At a time in which real estate assets are cherished and the cost of capital is competitive, it’s more important than ever for management teams to be very disciplined about how they access capital and use it.

McAllister: Given our view that we are later in the real estate cycle, one of the key things they need to be asking is what is the optimal capital allocation for the property type and geographic markets they invest in. Every day they need to be asking, how do we create value for shareholders? Also, there’s still work to be done in cleaning up shareholder-friendly corporate bylaws and policies.

Turville: Shareholders are going to get agitated if they see management teams sitting on the sidelines and waiting for the next big downturn in the market that could be as far as five years away. Assuming there’s no imminent downturn, we want to see a combination of bigger dividends, special dividends, spin outs, pure liquidation for smaller REITs with depressed values, merger activity and share repurchases in order to create shareholder value.

REIT: Do you anticipate that the REIT outperformers of 2016 will continue their run in 2017?

East: The things that create permanent advantage—for instance, the hard-to-replicate portfolios of data center and tower companies—produced outperformance in 2016. We think those same things produce outperformance pretty much permanently because the tenant doesn’t consider the asset to be fungible. They have to lease the space.

McAllister: Industrial is likely to continue to do well. You’re really not seeing a slowdown in market rent growth. Maybe it’s not accelerating, but it’s still pretty good. We’ve also got a significant allocation in coastal office companies. We think there’s still some value to be found there and they will benefit from faster economic growth.

Turville: We’re moving into a period where there may be more mergers and acquisitions, liquidations, spin-outs. Those things are going to drive the market more than just generic share prices. A lot of the victories are going to be one-off, specific victories.

REIT: Lastly, what is one big issue you are watching for 2017?

Beam: Recovery in the demand for all manner of housing – including apartments, single-family rentals and for-sale housing – is going to surprise many people. The other key issue is the use of retail space, specifically the reconfiguration and re-leasing of legacy retail space.

Snyderman: Potential tax law changes and how that will affect the REIT structure.

Also, what’s going to happen to the dominant valuation paradigm? The majority of dedicated REIT investors tend to be NAV-centric, whereas generalist investors are more cash-flow, earnings sensitive. 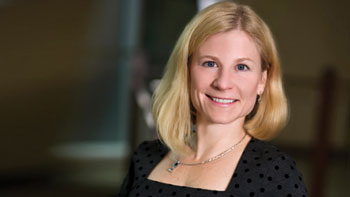 What was the key to generating attractive returns in 2016?

Sherry Rexroad: Not basing your investments on outcomes of political events that you really can’t underwrite from the fundamentals perspective. When you think about Brexit, many investors were positioned for a ‘Remain’ vote, and that worked against them.

Rexroad: If I have a worry, it’s that not just REIT market, but also broader market valuations, have a very high expectation of growth. If that growth is delayed or doesn’t appear, we could have a reset in valuations.

What is one big issue you are watching for 2017?

Rexroad:  We have elections coming up in Germany, France and the Netherlands, and these will all have an impact not just on fundamentals, but on perception. The investment environment has changed from being very monetary policy-focused to being political and fiscal policy-focused.