Are Malls Ready to Deal?

After a major merger announcement, will more mall M&A come into focus?

Despite concerns about the health of the mall business, one recently announced merger of two retail REIT titans could catalyze more deal-making in a sector going through major changes.

The agreement for Unibail-Rodamco SE (PAR: UL:PA) to purchase Westfield Corp. (ASX: WFD), announced in December and expected to close by June, should remind investors that malls are a still a viable asset class and that real estate still comes down to a familiar, inviolable law: location.

As valuations of class-B and class-C properties have declined, REITs holding mainly class-A space for malls have suffered in the downdraft. Institutional investors paring their holdings of REIT shares led to steep discounts to net asset value, ranging from 8 percent to

56 percent in mid-February among eight companies in the sector,  according to Green Street Advisors.

“It’s clear what is going on in this sector is driven by value opportunities,” says Joseph Coradino, chairman and CEO of Pennsylvania Real Estate Investment Trust (NYSE: PEI), commonly known as PREIT. “There has been an overreaction in the mall space by institutional equity investors. As a result, there are some real opportunities to create value though mergers and acquisitions right now. We are seeing the early stages of it. You are beginning to see a shift occur from ‘the malls are dead’ to ‘malls are alive and well.’”

The shift might have begun in earnest in November, when Brookfield Property Partners announced a $14.8 billion proposal to purchase the remaining shares of GGP Inc. (NYSE: GGP), of which it already owns a third. While the unsolicited proposal—a mix of cash and stock—was rejected by GGP, a potential higher bid might get the deal done.

Despite still trading at steep discounts to net asset value (NAV), mall REIT stocks rebounded late in 2017, in part due to all of the merger speculation. By year-end 2017, Simon Property Group Inc. (NYSE: SPG) was up 2 percent for the year, after having been off 9 percent year-to-date in early November, a week before Brookfield’s announced bid. GGP stock was down 20 percent for the year on Nov. 3; yet, it ended 2017 down just 1 percent. Stock in Macerich (NYSE: MAC) had been down 19 percent at one point, and at year-end it was off just 1 percent. Taubman Centers Inc. (NYSE: TCO), off 35 percent as of Nov. 3, ended the year down 6 percent.

Did investors overreact initially, selling off mall REITs in a panic? Perhaps, if looking at the strong fundamentals for retail REITs.

Occupancy rates in 2017 hovered at 95.7 percent, and funds from operations have risen at an 9.6 percent annual rate in the past five years, according to Nareit research. Amid all of the selling, net operating income (NOI) for mall REITs has remained steady in recent years. In the third quarter of 2017, NOI dropped 1.2 percent from the same period a year earlier to $1.92 billion. However, it was still up 6.3 percent from the same period in 2012.

What might slow the pace of M&A in the mall sector is the price Unibail offered for Westfield: $7.55 for each share in a mix of cash and stock, about an 18 percent premium to Westfield’s closing price on Dec. 11, the day before the announcement.

The share portion of Unibail’s bid implies an effective issuance level in line with Green Street's spot NAV estimate. That translates to an implied net rental income yield just above 4 percent. So, this type of pricing puts pressure on Brookfield, and it sets a higher bar for other bidders for mall REITs, notes DJ Busch, managing director at Green Street.

“I think it’s going to be more difficult,” Busch says. “I’m not sure the Westfield transaction spurs other activity because the price Unibail paid looked pretty fair.”

In this environment, there are still plenty of malls that are well-desired assets, and they are tough to acquire. REITs own most of them (see sidebar), so the stars have to align for a deal to happen. Unibail’s bid was made possible in part by the higher valuation of its stock compared with its American peers, giving it a stronger “currency” in its shares.

The deal is also a case for size. A combined Unibail-Westfield (which is pending shareholder approval) would make it second only to Simon in terms of market capitalization and square footage. 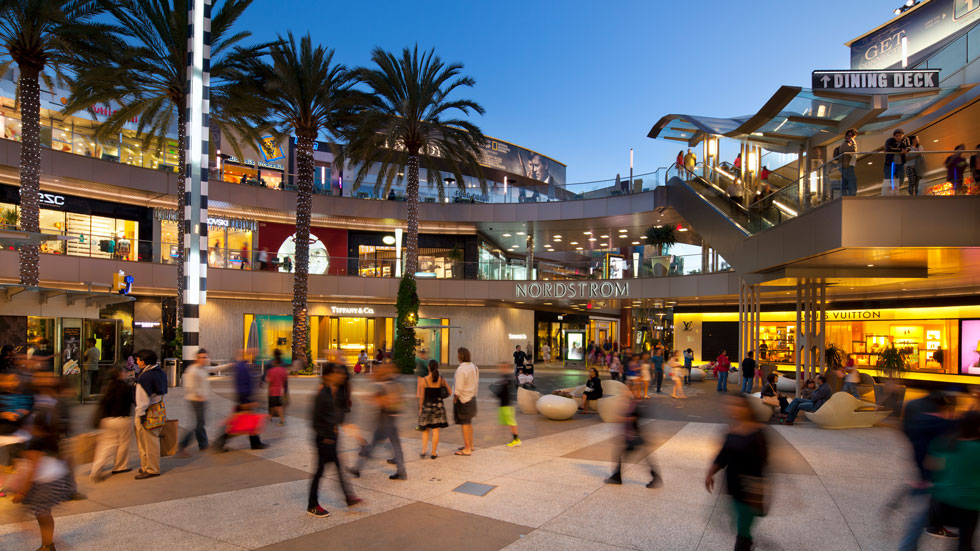 “This transaction represents a compelling opportunity for both companies to realize benefits not available to each company on a standalone basis, and creates a strong and attractive platform for future growth,” said Christophe Cuvillier, chairman and CEO of Unibail-Rodamco, in a press release after the announcement. “It provides a unique platform of superior quality shopping destinations supported by experience professionals.”

The combined entity would have 104 assets with 1.2 billion visits annually. It would boast a net rental income of $2.6 billion for the 12 months ended June 30, 2017. Fifty-six of the properties represent 84 percent of its gross market value, including flagship properties such as Westfield London, Le Forum des Halles in Paris, Westfield World Trade Center in New York and Westfield Century City in Los Angeles.

“From a Westfield perspective, here was a chance to participate in some of the higher growth that was in Unibail’s malls, and for Unibail, Westfield had just renovated a lot of its properties,” says Schecky Schechner, managing director and co-head of real estate investment banking at Barclays. “There’s a lot of potential growth there.”

When it comes to size, one question about the Unibail-Westfield deal is how much does a bigger mall REIT have in pricing power with leases? For Unibail-Westfield, it will take several years to answer, Busch says.

“It’s a portfolio that’s going to have a global resonation with the best-in-class retailers, which could be appealing,” he says.

That said, many private companies still own some of America’s best malls and can demand top rents. Locations such as NorthPark Center in Dallas and South Coast Plaza in Costa Mesa, California, make them a must for retailers.

“Do you actually get any type of leasing leverage by having a global platform?” Busch asks. “I think there is some value to it. And maybe it opens up some avenues for Unibail-Westfield as a combined entity. But at the same time, quality trumps all.”

Regardless, size does matter when it comes to renovating existing malls in order to keep up with retailing trends. This will help mall REITs revamp existing mall portfolios in order to meet the shifting demands of consumers, away from apparel and department stores—a staple for malls—towards a greater mix of retailers.

“Malls are requiring a lot of capital,” Schechner says. “Therefore, there is a benefit to having a really strong balance sheet like Simon, Unibail or Westfield.”

For any REITs doing acquisitions, they will likely need to sell lower-performing assets to improve their balance sheets. In buying Westfield, Unibail’s leverage ratio will increase 500 basis points, to about 50 percent, and its debt will grow to 11 times EBITDA (earnings before interest, taxes, depreciation and amortization), up from nine times, according to Green Street. Unibail’s assets outside of its flagship group could eventually be candidates to sell; the company has issued guidance for selling $3.7 billion from its legacy portfolio, notes Busch of Green Street.

Less Could Be More

At the same time, Unibail and its competitors will still need to deal with a glut of retail space in the United States. That’s about 24 square feet per person, notes Steve Buller, a portfolio manager of Fidelity Real Estate Income Fund (FRIFX), more than twice that of European countries. While America is less dense and has lower land costs, he notes, it’s still high.

“There is simply way too much [retail] space in this country,” Buller says. “It’s going to be a multi-decade long process to reduce that amount per capita.”

Yet, as REITs continue to pare balance sheets and focus on their best performers, uncertainty remains regarding what prices they’ll get for dispositions going forward. It’s hard to glean from just the Unibail-Wesfield deal, which Buller characterizes as a merger rather than a sale. Buller says he fears that lower prices for malls could have started to have been reflected in the selloff of mall REIT shares.

“There’s not a lot of transactional evidence,” he says. “We need more price discovery of where malls will trade at in the future.”

In the process, REITs will need to innovate. Washington Prime Group (NYSE: WPG) has a portfolio of community centers that have had recent NOI growth, but its malls have fallen short, in part due to retailer bankruptcies. Like other mall REITs, Washington Prime is looking to diversify its tenant base: Food and beverage outlets now make up 13 percent of its portfolio. It’s adding theaters and fitness centers to its shopping centers. It has also installed Amazon lockers at various locations, a nod to the symbiotic relationship of e-retailing and brick-and-mortar shopping.

“The ultimate litmus test in this business is really who are the best operators,” Louis Conforti, CEO of Washington Prime, says. "This is not a rent collection business anymore."

The ABCs of Malls

When it comes to owning the best real estate in the mall sector, REITs lead the way. For example, REITS own 226 class-A malls, compared with 70 held by private owners, according to research by Brookfield Investment Management and Green Street Advisors. Class-A malls are located in higher-income areas with strong population density, and they can charge above-average rents. They have little exposure to retailers that have suffered the greatest impact from store closures.

On the other hand, pricing for assets quickly drops outside of the class-A group. Average nominal capitalization rates for the top 100 malls are about 4 percent, according to Green Street, and they are about 5.4 percent for the next 200. For malls ranked 301 to 500, cap rates average 8.4 percent, while for 500 and below, cap rates are 14.5 percent.

“Cap rates for the best quality centers tend to be lower than what otherwise should be the case, because there is a scarcity premium,” says DJ Busch, a managing director at Green Street Advisors. “There’s a finite amount of good malls in the U.S. Most of those are in public hands, so they are not going to trade that often.”

As long as owners of “A” properties make sure to keep up with renovations and retail trends, the location will do the rest of the work, Busch adds. “In the mall space, once a center is dominant, as long as you take care of that center, you can’t replicate it.”