That exuberance about REITs led Witherell and Pendleton White, Jr., president and CIO of Plymouth, both of whom have a background in office and industrial REITs, to form a private REIT in 2011 focused on industrial assets. In June 2017, Plymouth went public.

“We believe in the industrial space, especially in the asset class we’re investing in, which is class B space in secondary markets,” White says. The only other industrial REIT that invests in class-B properties, Stag Industrial (NYSE: STAG), functions as a role model for Witherell and White.

“The risk-reward metric of investing in class-B assets in secondary markets has been proven out so far,” Witherell says. “We have high tenant renewal rates and, for the last three or four years, we’ve seen higher than average rental growth rates with limited risk.”

Plymouth’s strategy appeals to Barry Oxford, a senior research analyst with D.A. Davidson, because the company gets better pricing when investing in properties that are less sought-after. “They’ve got good companies as tenants,” Oxford says. “There are lots of companies out there that don’t need class-A property and that would rather be someplace where it’s okay that the floor gets dirty.”

Plymouth invests in small properties with room for a diverse tenant mix, says Henry J. Coffey, Jr., a managing director of Wedbush Securities, rather than in class A buildings that typically have one big tenant. “Their properties are class-B but that doesn’t mean they’re low quality,” Coffey says. “They’re putting management, time, and capital into repositioning and rehabbing these properties and it shows in their high level of renewals.”

Investing Away from the Coasts

“The markets where we want to increase our footprint include: Chicago; Cincinnati; Columbus, Ohio; Cleveland; Atlanta; Memphis, Tennessee; and Indiana—all secondary markets with lots of economic diversity and solid growth,” White says. “We’re also looking for places with low availability rates because that’s the wind at our backs for good rental rates and rent growth.”

While Plymouth’s headquarters in Boston and second office in Columbus keep them east of the Mississippi, eventually the company may expand their footprint beyond their current markets and go west as well as south. Plymouth is also looking to expand their assets in Jacksonville, Florida, where they purchased a 20-building, 1.1 million-square-foot light industrial portfolio in December.

“Plymouth has a ‘hit ‘em where they ain’t’ strategy, which means there’s plenty of property for them to look at,” says Oxford. “There’s not a lot of competition because they’re not looking at deals that are big enough for pension funds or private equity funds.”

Plymouth’s assets have a “high stickiness factor,” which provides the company with a great renewal rate, Coffey says. 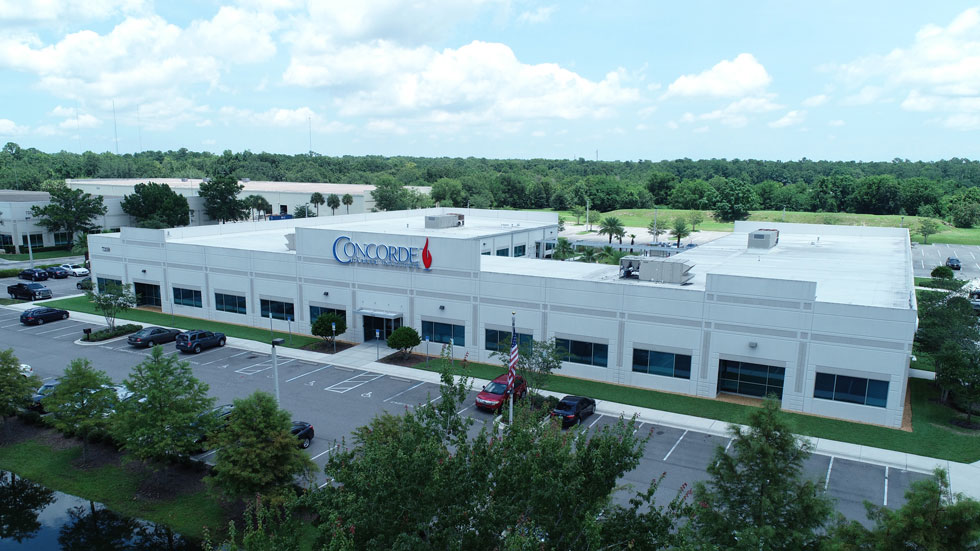 “We’re located close to metro areas where there are large pools of skilled blue-collar workers,” White says. “Our tenants tend to have lots of employees and are making or distributing something, so they have equipment they’ve invested in. That means there’s a high cost to relocate, so it doesn’t make sense for them to move.”

“Our properties won’t be on the cover of Architectural Digest, but they’re extremely functional,” White says. “Our tenants put money into their space and so do we. Over the last four years, our average rent increase has been 7.5 to 8 percent, which is well above the national annual average increase of about 4 percent.”

“Our tenants are not likely to move to a class-A facility,” he says. “They won’t pay more for a space where you can eat off the floor. But we don’t own factories, either. These are industrial and warehouse spaces where people are working two or three shifts a day, but they could also become spaces to store boxes.”

About half of Plymouth’s assets are multi-tenant properties, which reduces risk since they’re not relying on any one company, but also requires extra work, White says. Plymouth’s tenants rent an average of 130,000 square feet, but typically pay more per square foot than a single tenant renting 800,000 square feet.

“Our philosophy is that we can get to know and manage our tenants who rent these smaller spaces,” White says. “We know the owners and talk directly to the decisionmakers in these companies, so we know their growth plan and how much they have invested. If one tenant leaves, we may know of another tenant that wants to grow and take over that space.”

“Some of the portfolios we’ve purchased have been entirely managed by third parties, so no one with the passion for their business or who was accountable to the tenants walked the property until us,” Witherell says. Plymouth manages about three-fifths of the properties they own, with the others managed by third-party managers.

Plymouth did a good job during its first 18 months making acquisitions, but their stock price didn’t reflect that, Oxford says.

“Plymouth has been overleveraged and they need to come back to the market, but I think the market has overpenalized them for that,” Oxford says. “Plymouth has pushed out its debt maturities, so they have good long-term debt.”

The biggest challenge facing Plymouth, says Coffey, is its size, which means they have to fight for every nickel of capital to deploy. “But for investors, this is a great opportunity,” he says. “Plymouth is forced to make very strategic decisions. The stock has been rallying so far in 2019 and I expect it to continue.”

“Right now, we’re in the middle innings of the golden era of industrial REITs, because this sector is so far behind in building out infrastructure for e-commerce,” he says. “A rising tide lifts all boats, so this is good for Plymouth, too.”  Even if a recession hits, Oxford says national vacancy rates of about

5 percent are so low that the sector is likely to be resilient.

“We’re not too worried about a recession,” says Witherell. “Even if some recessionary trends hit in the next 12 to 36 months, we believe our tenants will be able to adjust.” For example, a tenant can switch from three shifts of workers to two shifts but should be able to keep paying their rent, he says.

“We’re not being kept up at night worrying about the Fed or interest rates either,” says Witherell. “We have a great board of directors with extensive REIT experience and integrity and we’ve worked closely with them to come up with a conservative strategy.”

Plymouth has locked-in its debt for 10 years at low rates, which is a smart move if rates go up. “History will be the judge if we’ve made the right move or the wrong move,” Witherell says, “but we took the more conservative route.”

Plymouth’s recent deal with Madison International Realty gave it an opportunity to pay off some high-interest debt and to buy the Jacksonville portfolio, one of its largest assets. Witherell anticipates that partnership will “lead to more good things.”

At the same time, Witherell says that Plymouth plans to continue to manage their assets, upgrade the buildings they own, and take care of their tenants.

“There’s plenty of room for Plymouth to grow,” Oxford says. “Over time, as they grow the company, they’ll put money aside to pay down their debt as well as acquire more properties. As they raise capital and put it to work, their stock price will go in the right direction, too.”

“Baby boomers own lots of class-B product that will change hands in the next few years, so there’s a huge runway for growth for us,” Witherell says.