When Greg Silvers first joined EPR Properties (NYSE: EPR) in 1998, the specialty REIT had five employees and was just getting started in the experiential real estate space by focusing exclusively on movie theaters.  Entertainment Properties Trust, as EPR was then known, had been launched with a transaction with movie theater chain AMC Entertainment Inc. the previous year in order to fund the expansion of its megaplex cinema operations.

Flash forward to 2020, and while the company has expanded to 65 employees and more than 200 tenants in 43 states and Canada, Silvers, now CEO, says keeping the original, small-company culture intact has always been a priority. He says working at EPR—which owns water parks, ski resorts, and seemingly everything in between in the experience-based real estate space—provides a “collegial environment, a sense of we’re all rowing in the same direction,” and a sense that everyone at EPR matters and is valued.

Silvers’ adopted hometown of Lawrence, Kansas, near Kansas City, where EPR is headquartered, may have helped shape his sense of culture and community over the decades, too. Home to the University of Kansas, Silvers says raising his children in this college town has helped instill diversity of thought in his family’s life, while also providing opportunities for community involvement and academic enrichment.

Intangibles like these within the company culture have been a big part of the REIT’s growth over the past 22 years. Silvers says he’s found it important to focus not only on EPR’s financial capital, but on its human capital as well. “Our human capital is fundamentally key to our success—getting the right people, putting them in positions to succeed, and then candidly, as the leader of this organization, staying out of the way,” he says.

In particular, Silvers calls out committed young employees who “have a burning desire to make this company successful and raise all boats here.” Empowering workers with the latitude to make choices and execute decisions indeed makes strategic sense for a company that is positioning itself with investors as the premier experiential REIT with the most diverse platform available. Creating this diverse platform ultimately leads to being a must-own investment, Silvers says. This is key, because with a $6 billion market cap, “no one has to own you.”

“As the economy is rotated from an economy of ‘stuff’ to an economy of experience, more and more, people are creating and attaching value to having experiences that you can share with family, friends, and colleagues,” Silvers says.

Silvers recently spoke with REIT magazine about transitioning from attorney to CEO, advice from his father that’s guided his career, and how The Great British Baking Show has inspired him.

What was your path to joining EPR?

I was a lawyer at the law firm that did the real estate work and took EPR public in 1997, so I’ve been intimately involved with the company since its inception. I was approached about running the legal and asset sides of the business. I loved the idea and joined the company in 1998 when there were only five employees.

The hats we wore at that time were many, including answering the phone and working the front desk, but it was a tremendous amount of fun. We were running so fast and getting started, and you knew you were impacting the company. When there’s just five of you, everybody makes an impact. It was a very exciting time and the best decision I’ve ever made in my career.

Was it a tough decision to leave you career as an attorney behind?

No doubt. I worked at a law firm that had been around for 100 years, so there was great stability for me there. EPR was basically a start-up. My wife and I had been married for eight years at the time and we had a one-year-old. My wife, who is just incredible, said, ‘If we’re going to ever do this, let’s do it now.’

Do you ever miss the law?

I was doing part of the legal work when I came in to start with EPR. It’s probably in the last four or five years that I really stepped away from doing anything that had to do with the legal side. The good thing about being at a smaller organization is you still get to touch and feel a lot of things and give yourself the impression that you are contributing in that area.

Can you talk about how EPR’s business operates?

We’re organized as a net lease company, meaning that we don’t operate any of our assets—we buy assets and lease them to third-party operators. So, our business is highly leverageable. We have about $6.6 billion worth of assets. We have a great ability to identify assets, underwrite them, and turn them into consistent and reliable cash flows, which translate into dividends.

We are fundamentally trying to build the premier experiential REIT. It’s where you don’t buy a product, but you leave with your memories, your selfies, and things of that nature.

The two largest demographic groups are millennials and baby boomers. We hear all the time that millennials value experiences, but baby boomers do too. They have everything they need, and what they really want to do is spend time with their friends, family, and grandchildren and have shared experiences. And most importantly, they have all the money.

If you visit our ski properties, for example, you will often see multi-generational families—young kids, parents, and grandparents too. This common experience is creating memories, which is becoming more and more valued by the consumer. 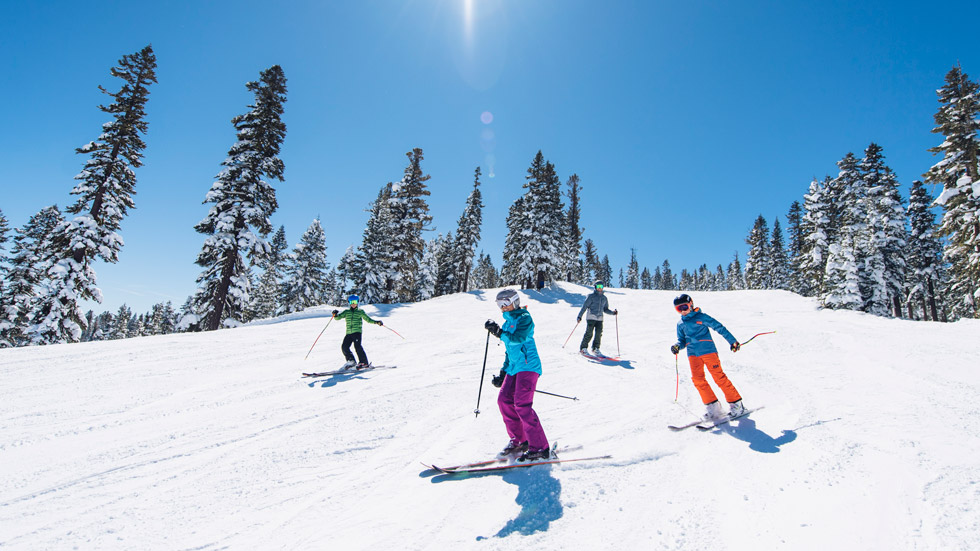 Experience-based opportunities seem to be a new trend, but EPR has been around since the late 1990s. Were you on the cutting edge of something all along?

We’ve been in the experience business for 22 years. It just didn’t have the appeal in the beginning that it has today. Now, we’re leaning into it. We used to be organized into entertainment and recreation and then the phrase ‘experiential-based’ came along. When the phrase began to catch more momentum, we grabbed hold, and now we’re defining the whole experiential genre. It actually fit neatly into what we were doing. Most net lease REITs focus on retail, but we’re trying to create a must-own for investors. We want to give them exposure to the market that other companies don’t have.

We tell investors that if they’re looking for macro exposure to the experiential economy, we can be perfectly positioned to take advantage of that.

What has EPR learned from its experience in stepping away from certain business segments, like the recent sale of your charter school portfolio?

We’ve learned that you must continually evolve and adapt. If you are not disrupting your own business, then someone is doing it for you. As a result, we are always looking at our portfolio with a critical eye, trying to discern if assets are consistent with our strategy. As we embraced our experiential strategy, it became evident that our charter school portfolio just didn’t fit, and even though the portfolio delivered strong results, it was confusing to our investors. So, the easy answer is to make your story simple for all of your constituents to understand and digest.

When you think about EPR’s assets and the experiences you offer, what are some of your personal favorites?

I always go back to where we were founded, which was the movie theater business. That was our initial transaction—an industry that has been dying for 100 years. Regular television was going to kill it. Cable was going to kill it. VHS, DVD, streaming. Yet it has remained a consistent and reliable industry for us, and it is still the cheapest form of out-of-home entertainment that’s available. The average ticket price in the U.S. is still below $9. I think about all the experiences that we have had as a family—going to movies, and talking about movies, and how they shape our lives and how they mark points in our life. It’s something that we’ve always enjoyed and something that EPR is happy to have as part of our legacy.

I had the experience of attending The Lion King, both the original animated movie and the live action version, with my daughter at different points in her life. It’s a really unique, special thing.

What are some of EPR’s goals and your own goals as leader?

For the company, we want to become the premier, must-own, experiential REIT. To accomplish that, we must build the most diverse experiential platform available, so we’ve identified nine categories where we want to have strong positions to present to investors. That varies from movie theaters to amusement parks, to live performance venues, to gaming, to ski, to family entertainment—what we call eat and play—all the way over to cultural. We did our first museum deal last year. 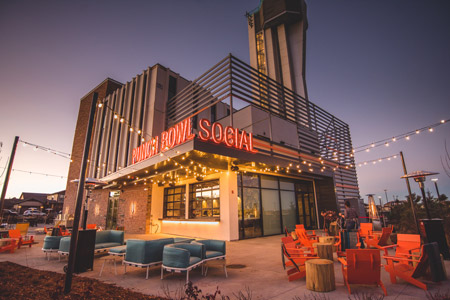 Have you had any mentors who have helped shape your career?

I would be remiss if I didn’t mention my father—he’s had an incredible influence on me all throughout my life. When I first went away to college, my father said: ‘Assume everyone here is smarter than you, but that no one can outwork you. You’ll figure out in a little while that they’re not all smarter than you. But you will be so far ahead because of your commitment and your perseverance.’ It was great advice.

When I started at EPR, I had the good fortune of having Bob Druten as my chairman for 20 years. He had a lot of large company experience, including serving as CFO at Hallmark Cards, but also has been influential to me when it comes to work-life balance. He understands the idea that, yes, we work hard, but family matters too. About four years ago, my father passed away, and my entire board showed up at his funeral in Tennessee. They’re just incredibly quality people, and that speaks to who Bob Druten is as a chairman. He set that culture.

You grew up in Tennessee and went to Tennessee Tech University. How did you end up in Kansas City?

I started my career off as a systems engineer for General Motors in Indianapolis. Then I moved to Kansas to work for a company called Volume Shoe, the predecessor to Payless Shoe stores, automating their warehouse systems. I told my wife at the time that we would live in Kansas no more than three to five years and it’s been 30 years, so I’m a horrible estimator on that.

Both of our kids were born here and so we’ve been very fortunate. I remember my father telling me: ‘Let your opportunities define you, not your geography.’