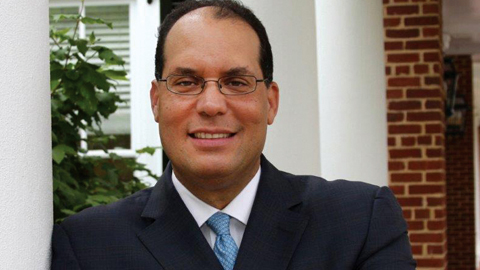 RLJ LODGING TRUST (NYSE: RLJ) started as the brain child of two executives who got to know each other through the venerable hotel company Hilton Worldwide.

Thomas J. Baltimore, Jr. was working for Hilton around the turn of the century when he decided to join with Hilton board member and BET co-founder Robert L. Johnson to start a hotel venture of their own. Using seed money provided by Johnson and his ex-wife, Sheila, the duo formed RLJ Development in 2000.

The new company launched with seven hotels purchased from Hilton in its portfolio. That grew to 12 hotels within three years. It then launched a series of private-equity real estate funds focused on lodging. The first fund started in 2003 with $315 million, the second came in 2005 for $743 million and the third, created in 2007, contained $1.2 billion in equity. Baltimore and Johnson consolidated RLJ Development and its private funds in a 2011 initial public offering.

Even with all the various iterations, Baltimore, the company’s president and CEO, says the company retained the same identity.

According to Baltimore, RLJ Lodging Trust’s philosophy rests on the idea that premium-branded, focused-service hotels have the potential to provide attractive returns because they generate revenue per room comparable to that of full-service hotels. A more efficient operating model and stable cash flows also produce high operating margins, he says.

Currently, RLJ Lodging Trust is implementing what Baltimore terms “a pretty aggressive [capital] recycling program.” In the first quarter of 2014, it completed the sale of 12 assets in two separate transactions. In February it sold 11 of its weakest-performing hotels—spread across Florida, Texas and three other states—for $85 million. A month later, it sold the 150-room Hilton Garden Inn St. George in Utah for $15.7 million. Baltimore says the deals allowed the firm to reinvest in higher-yielding properties, such as its recent acquisition of 10 hotels on the west coast from affiliates of Hyatt Hotels Corp. for approximately $313 million. The deal netted RLJ 1,560 rooms and more than doubled its hotel presence out west, an area where the company is keen on continuing to grow. According to Baltimore, RLJ will invest $25 million in capital expenditures across all 10 properties, a majority of which will come in the next two years.

“We have a strong coastal bias right now with a heavy emphasis on expanding our presence on the west coast,” Baltimore says. “With the Hyatt transaction, seven of the 10 properties are in California.”

Additionally, the firm is looking in South Florida and other ports of entry for international travelers.

“We like what’s happening in Miami with international demand from emerging markets where middle classes grow,” Baltimore says. “Brazil is a great example. There’s a lot of growth coming out of South America and into the Miami market.”

“I like the path they are on,” Loeb comments. “I particularly like both recent asset sales and the fact they are redeploying those proceeds into other higher-growth markets and growth assets. They are trying to take this portfolio assembled when they were a private-equity fund business and really shift it towards proven select-service and urban, compact, full-service.”

Although RLJ has a number of assets encumbered by long-term management contracts, Loeb says he applauds the company’s efforts to simplify its structure and become more flexible. RLJ is doing so by trading off and deemphasizing the assets that fall below its optimum threshold.

Going back to its earliest days, Baltimore says RLJ was a net buyer following the terrorist attacks of Sept. 11, 2001. The firm aggressively acquired assets when others in the industry were taking a wait-and-see attitude. In 2007, RLJ became a net seller and disposed of assets for attractive returns. Those sales included its first private-equity fund, which went for approximately $900 million and  resulted in gross returns of 52 percent. Reflecting on key transactions through the years, Baltimore points to the $1.7 billion, 100-hotel acquisition that its second fund made in 2006 as one of RLJ’s most important deals to date.

With the recession looming in 2009, Baltimore and Johnson decided it would be in the best interest of their shareholders to merge the last two RLJ funds and take the company public. It wasn’t an easy transition, Baltimore admits, but it has helped turn the hotel REIT into what Loeb calls one of the most successful in the country. Baltimore attributes that success in part to the company’s efforts to restructure its balance sheet.

“We were probably 60 to 70 percent leveraged in private-equity platforms,” the CEO says. “We have a much simpler balance sheet today and a real focus on a low-level, conservative balance sheet. We took a company that was high single digits in properties and now we have one that has one of the best balance sheets in the lodging REIT industry for sure.”

“Keep in mind, the Marriotts and Hyatts of the world are generally more of an asset-like model and don’t own a lot of hotels, so their growth is largely dependent on capital partners like ourselves,” he says.

Lastly, Baltimore points to his team as a main factor in the firm’s maturation.

“I have a senior team of men and women who have largely been with me nine to 15 years and I’m proud to say there’s been virtually no turnover,” he says. “It’s a real testament to our shared values, work ethic and commitment to each other.”

With close to 150 assets valued at nearly $4.5 billion, RLJ Lodging Trust is one of the largest hotel REITs. Baltimore suggests that the industry may one day consolidate.

“I’m not sure we need 13 to 14 hotel REITs, and we certainly want to be part of the dialogue either as a buyer or seller,” he says. “We certainly have a strong team that can handle more capacity and would like to be the aggregator of the select-service space. That is a long-term aspirational goal for us.”

Looking at trends in the hotel sector, Baltimore remains “cautiously optimistic” about the months ahead.

“The fundamentals are still attractive, and corporate profits are growing,” he says. “Housing is no longer a drag, and consumer confidence continues to improve. Employment continues to improve as well. With supply being muted, certainly below the long-term historical average, we do believe we have running room in this cycle. And that will bode well for more pricing power and core profitability for the industry.”

Keith Loria is a contributor to REIT magazine.