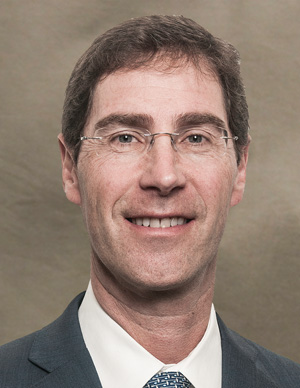 Since its founding in 1985, The Blackstone Group LP has grown into one of the leading global investment and advisory firms. The private equity firm’s real estate ventures have played a major role in that rise.

Michael Nash, a senior managing director who joined Blackstone in 2007, serves as the chief investment officer of Blackstone Real Estate Debt Strategies (BREDS), which has more than $9 billion of assets under management. Nash is also the executive chairman of Blackstone Mortgage Trust Inc. (NYSE: BXMT). He spoke recently with REIT magazine on topics including the state of market fundamentals, changes in lending strategy and development, and the reasons why Blackstone has been selling so much of its real estate lately.

REIT: Where is the real estate cycle at this point?

MICHAEL NASH: We’ll call it middle innings. Real estate fundamentals are in wonderful shape and continue to improve. The health of buildings, the health of owners, trends in cash flow, ability to lease—all of that is fundamentally very, very good.

Market participants are paying more for real estate at this point because fundamentals support that and there is ample equity and debt capital competing for transactions at a higher level than we saw previously in the rebuild of the cycle. But real estate remains fairly valued at this point, and we remain cautiously optimistic that the economy will continue to improve and support real estate fundamentals.

REIT: How would you describe the balance of liquidity and fundamentals?

NASH: We’re in an equilibrium category; we’re not out of whack. Liquidity is strong, as are the fundamentals. There’s good discipline in the market on the debt and equity side, although not in each and every case. Many equity players paying higher prices for high-quality real estate are long-term owners—like sovereign wealth funds, public REITs, pensions, et cetera—that typically use modest leverage. Such owners are attracted to the quality and stability of the assets and are willing to accept lower returns for such quality. The asset quality and low leverage should avoid problems should the cycle change or turn.

REIT: What impact are supply conditions having on the investment environment?

NASH: Generally, supply throughout the United States is in pretty good shape. It’s certainly below historic trend lines. Retail, industrial and most forms of office development are pretty calm. What you do see, and what maybe creates some hyperbole in the marketplace, is a lot of development activity in New York, San Francisco and Miami, our premier gateway markets. A lot of that is driven around residential, condominiums and some hotel building.

REIT: Blackstone has been particularly active on the disposition front. Why is that?

NASH: We buy and sell real estate all the time. Within our portfolio, we’ve owned some of those assets or company situations for a long period of time, some dating back to 2004. We feel we’ve done the fix-up job, created value for our investors and are ready to monetize and return capital to them. Fortunately, the markets are receptive to paying us what we think is appropriate value, so that’s why you’ve seen some IPO activity and some asset sales of office and industrial assets.

REIT: Blackstone Real Estate Strategies was formed in 2008 in response to real estate and credit market dislocation. How has BREDS’s strategy evolved in response to improving market conditions?

NASH: We really haven’t drifted at all in the idea of the deal, the asset, the market, the borrower. What has changed is how we get to our return.

Four years ago, we’d be asked by banks who wanted to lend money into the property market if we could co-originate the transaction with them, where they would do the senior debt and we would do the mezzanine debt. As the market and liquidity have returned, the senior banks and the capital markets are comfortable owning the risk, and they don’t feel the need to co-originate the deals with us in the same way.

We’ve paid attention to that and we are now willing to do the entire transaction ourselves and then sell a senior interest to the marketplace and hopefully harvest more economics for our retained mezzanine piece. The good news is that we’ve been able to effectuate that over the last couple of years in a couple billion dollars of deals in both the U.S. and Europe.

It’s a different approach to the business. You need a big capital base to originate sizable whole loans and great banking relationships that you’ll syndicate to. Fortunately, our platform has that ability in both cases.

REIT: How would you describe the capital markets today?

NASH: Even though liquidity has come back, for those larger deals that have some complexity to them, the generic capital in the marketplace today is still not as rich as it was in 2006 and 2007. That’s due to regulatory issues, fewer banks, less wallet within those banks that are still lending, et cetera.

The regulatory regime is not going to change in the short term. In fact, I think it’s actually going to get worse as many of these new rules like risk retention and those under Basel III are implemented. Risk retention will force firms that typically transfer loans into the capital markets to retain some of that risk, and that could upset the apple cart a little bit.

REIT: Are there any BREDS projects that you are particularly pleased with?

NASH: One project we’re very proud of is the Surf Club, a Four Seasons hotel and residences in South Florida. It’s a Richard Meier Design, which will be fantastic. This is something we really embraced from our first meeting with the developer. The project is going incredibly well. It’s about 75 percent presold at much higher pricing than we underwrote and the borrower envisioned.

We wrote a commitment of $290 million on the project in a very thoughtful, well-balanced way. It was a big construction loan, and we retained the entire loan. The borrower, in spite of an amazing project and presales, had a hard time getting money from conventional sources.

We’re a market-based financing operation. We will do some things that banks are unwilling to do for whatever reason. This deal felt like a no-brainer to us, so we were very happy to get the deal done.

REIT: What is the geographic tilt of Blackstone Mortgage Trust, and do you anticipate any shift?

NASH: There’s some natural balance towards New York, California and London because the real estate there is incredibly valuable, which means deal sizing is bigger than you will see anywhere else. We like these markets. They are strong, vibrant, have diversified demand, barriers to entry, and have liquidity on the debt and equity side.

We feel more comfortable investing in the bigger markets, and I don’t see that changing in any significant way.

REIT: Blackstone Mortgage was rebranded and relaunched in May 2013. Where does it stand today?

NASH: We reinvigorated the platform, and, on the screen today, it’s roughly a $5 billion balance sheet with an equity market capitalization of $1.7 billion. We’ve done a lot of lending out of that vehicle, which offers floating-rate, transition, three- to five-year mortgage loans.

I want to emphasize “floating” because everyone is concerned about interest rates rising at some point. This company actually benefits from rising interest rates because all of our assets are indexed to LIBOR.

REIT: What are your main priorities at this time?

NASH: Continue to dialog with our borrower base and hopefully augment that borrower base through time. We haven’t done deals with everyone I think we’re capable of doing deals with. So, we need to continue to market our abilities, penetrate our space, but stay mindful of where we are in the cycle. That gets you some interesting deal flow one way or another, and we’ll sift through that and see where the wind takes us.