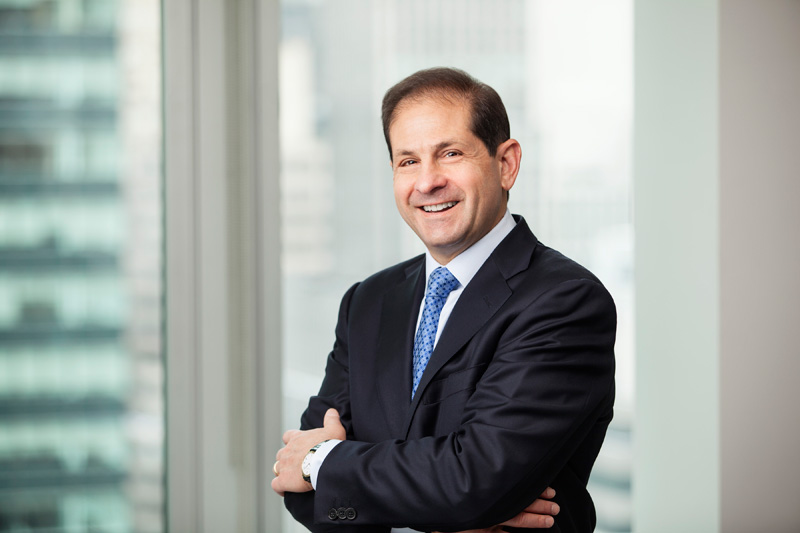 MFA invests solely in agency and non-agency residential mortgages, primarily in adjustable rate mortgages (ARMs) and short-term loans. Since 2000, the company has generated an annualized return of approximately 15 percent.

“We’ve been listed on the New York Stock Exchange for close to 17 years, so we’ve been through a lot of interest rate cycles and credit cycles and figured out how to handle them,” says Bill Gorin, CEO of MFA Financial.

Mortgage REITs did well after the most recent financial crisis, says Richard Eckert, an analyst with MLV & Co., because borrowing rates were low and the yield curve was steeply sloped.

Decisions that MFA, specifically, made in the wake of the recession are still paying off today, according to Jason M. Stewart, managing director and co-director of research for Compass Point Research.

“MFA was one of our favorite REITs four years ago, and it still deserves huge credit for its forward-thinking investments,” Stewart says. “MFA has a deep credit reserve, and its investments have predictable earnings.”

One forward-thinking move that MFA made was to begin investing in non-agency mortgages in December 2008, a time when other investors were focused entirely on agency-backed home loans.

“We were an early and significant investor in non-agency securities at discounted prices,” Gorin says. “We currently see significant opportunities, supply and liquidity in re-performing and non-performing loans and newly issued securities backed by these loans.”

Eckert says that both agency and non-agency loans performed well after the housing crisis thanks to government programs and the efforts of lenders and non-profit agencies to keep people in their homes. Rising home values also contributed to relieving stress for homeowners.

“Earlier, we had made a conscious decision not to invest in non-agency mortgages and, in retrospect, we were right,” Gorin says. “In December 2008, we decided that the risk-reward trade-off was so great that we should start small and make some non-agency investments. We let our shareholders know about it and explained to them why we believed these non-agency investments were less sensitive to interest rate adjustments and to the slope of the yield curve.”

MFA Financial made these investments in the mortgage market at a time when capital was in extremely short supply. By doing so, not only was the company able to make a good return on a disciplined investment, but their ability to bring capital to a portion of the mortgage market that did not carry any government guarantee helped provide liquidity to the market at a time when it was greatly needed.

The company hasn’t purchased an agency mortgage since the first quarter of 2014, Gorin notes.

“Now, we’re fully up to speed with a team of experts, and our focus is to acquire assets that pay us to accept the credit risk and not be exposed to interest rate sensitivity,” he says. “Credit-sensitive investments generate better returns for us.”

MFA has invested $2 billion in three-year step-up securities backed by re-performing loans, including $1 billion in acquisitions in the fourth quarter of 2014.

“We’re comfortable with our credit exposure because we invest in and analyze re-performing loans every day,” Gorin says.

“MFA was methodical in its acquisition of these non-agency loans, studying the yield curve and prices,” Stewart says. “They assumed that even if almost all the underwater and delinquent loans went bad that there was still enough of a margin of safety that they could make money. And they did.”

Craig Knutson, COO of MFA Financial, explains that the company is holding legacy loans created back in 2005, 2006 and 2007 that are backed by assets that have appreciated.

“We purchased those legacy loans at a discount,” Knutson says. “We continue to benefit because of home price appreciation and because the loan amortization has begun on the older securities, which also decreases the underlying loan-to-value.”

Knutson points out that the average loan-to-value on MFA Financial’s loans declined from 105 percent in January 2012, when many borrowers were underwater, to 76 percent loan-to-value today.

“That significant improvement has allowed us to reduce our estimate of future losses and effectively increased our yield,” he says.

Stewart says he thinks the incremental improvement in MFA’s margins will be slower than in the past as a new mortgage cycle emerges. “It’s a little early to know what the next phase will be, but it will be interesting to see how MFA handles the next cycle in the mortgage world,” he says.

REITs that benefited from the ability to purchase mortgage-backed securities at 55 cents on the dollar just after the housing crisis face two primary issues today—interest rates and supply issues, according to Eckert.

Low interest rates are good for both interest-sensitive and credit-sensitive investments, Eckert says. Now, the possibility of rising rates loom.

Gorin maintains that MFA is comfortable in its ability to handle the anticipated increase in the federal funds rate in spite of the expected volatility in the mortgage market that could accompany the higher rate. He points out that more than 70 percent of the firm’s mortgage-backed security assets are adjusted-rate mortgages.

“We don’t have any 30-year fixed rate loans, which reduces our sensitivity to interest rates,” Gorin says. Additionally, MFA Financial has used swaps to hedge its exposure to interest rates and cut its leverage.

Lastly, the company’s assets are credit sensitive. Therefore, if the federal funds rate is raised because the economy is healthy, yields should go up.

Hybrid ARMs, which have both fixed-rate and adjustable-rate components, are consistently about 8 percent of the agency mortgage market, according to Eckert. That limits their supply. Eckert says the non-agency market was a $600 billion market in the days of subprime loans; now, non-agency loans are a $100 billion market, consisting mostly of jumbo loans. The lack of supply is driving up prices for non-agency loans.

However, Eckert says that rising prices created by a lack of supply are mitigated by the fact that the Federal Reserve is no longer competing with mortgage REITs to buy assets.

“Before, you had an uneconomical buyer in the market, which tends to drive prices up,” he says.

“With our relatively low level of leverage, we believe we are well capitalized to continue to take advantage of investment opportunities within the residential mortgage credit universe as they arise,” Knutson says.

“We substantially grew our assets during the fourth quarter of 2014,” Gorin says. “Our plans are to take advantage of good investment opportunities and to maintain good liquidity. We’re positioned so that if the Fed does make a move to increase the federal funds rate, we’ll continue to provide good returns to our investors.”