Misconceptions About REITs and Interest Rates

The idea that rising interest rates are always bad for REITs may need another look. 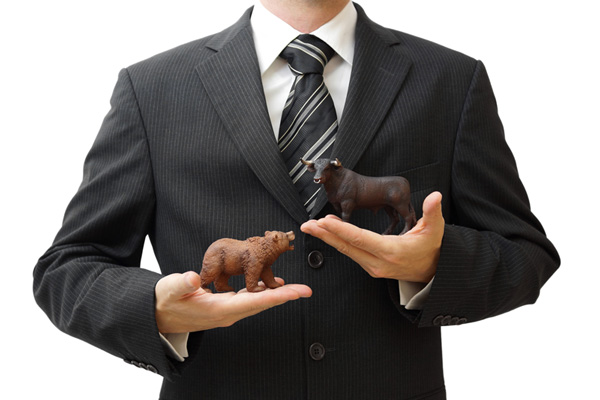 On May 22, 2013, then Federal Reserve Chairman Ben Bernanke merely suggested to Congress that the Fed might begin in the near future to taper its program of quantitative easing. At the time, economies around the world were gaining their footing; raising rates after such a long period of holding them at artificially low levels seemed only natural.

The reaction in the U.S. REIT market was swift.

The total returns of the FTSE NAREIT All REITs Index fell sharply, ending the month down 6.6 percent. In the next three months, the index lost another 8.5 percent.

Yet, the FTSE NAREIT All REITs Index recovered and moved to new record highs in 2014 and early 2015, leading some REIT market observers to believe that the conventional wisdom needs revision.

“The knee-jerk reaction to sell REITs on the prospects of rising interest rates flies in the face of some long-term data that suggest that REITs can—and have—performed quite well in rising interest rate environments,” notes T. Ritson Ferguson, CEO and co-CIO of CBRE Clarion Securities.

Changes in the level of interest rates often reflect changes in the level of economic activity. Economic growth spurs corporate spending, such as hiring new employees, and individual consumer spending, such as moving into a new apartment and shopping at the mall. For REITs, that means improving occupancy rates, rent growth and overall business fundamentals. These factors point to rising earnings and dividends.

“As long as we see higher interest rates driven by economic growth and job growth, that should be supportive of demand for commercial real estate,” says Steve Shigekawa, a senior portfolio manager at Neuberger Berman who heads the investment firm’s global real estate securities practice. 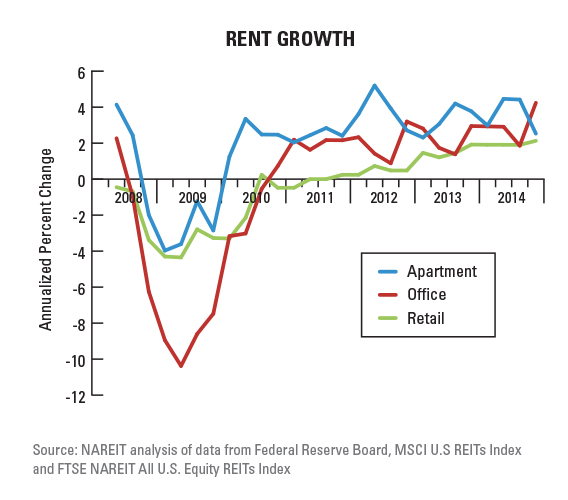 The REIT market’s track record of performance backs that up. History shows that share prices of listed Equity REITs have more often increased than decreased during periods of rising interest rates. In the 16 periods since 1995 when interest rates rose significantly, Equity REITs generated positive returns in 12.

“Context matters in evaluating the impact of higher interest rates. The current environment has strong parallels with the 2004-to-2006 period, when the Fed began raising rates gradually after a long period where they had been quite low,” says Calvin Schnure, NAREIT’s senior vice president of research and economic analysis. “What happened to REITs is quite informative: Solid economic growth boosted occupancy and rents, helping the REIT sector deliver a 69 percent total return over this period—well ahead of the S&P 500.”

A Positive Outlook Despite Some Bumps

What about REITs in the current economic climate?

“The gathering momentum in employment growth is a positive sign for the overall economy and for commercial real estate,” Schnure comments.

Meanwhile, in terms of the talk among monetary policy authorities, the Federal Open Market Committee (FOMC) has indicated it intends to move toward a more neutral stance, but not necessarily to a restrictive orientation of high rates. Rather than a dramatic spike in the federal funds rate, this implies a more gradual increase over a period of multiple years. 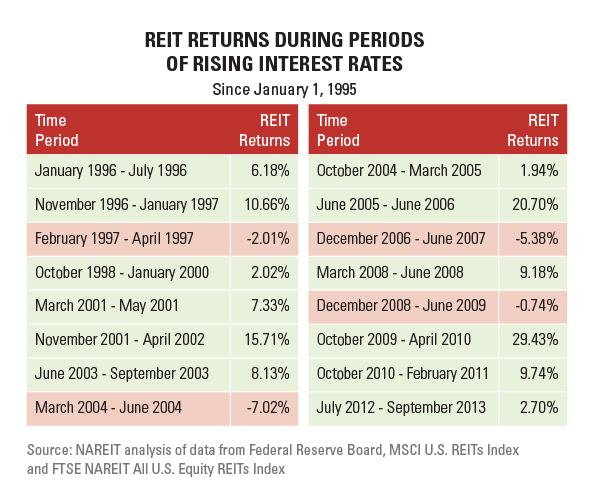 In a March commentary on economic data, Diane Swonk, chief economist of Mesirow Financial, speculated that the Fed wouldn’t act on any plans to begin raising rates until late in the back half of 2015.

“The Fed needs to be absolutely sure that the recovery is self-sustaining before achieving liftoff; the worst mistake the Fed could make at this point would be to raise rates only to reverse course soon afterward,” Swonk said.

As the Fed finally begins normalizing interest rates, the transition may be bumpy in the short term for REIT investors, as well as investors in the broader corporate equity market, according to Schnure. Yet, so long as the overall economy remains healthy, the outlook for REITs remains positive, he says.

“If the economy continues to expand, generating job growth and robust consumer spending, the demand for commercial real estate and the resulting growth of rents should support the valuations of listed equity REITs even through periods of volatile markets.”