For REITs that qualify, commercial paper is a way to reduce borrowing costs. 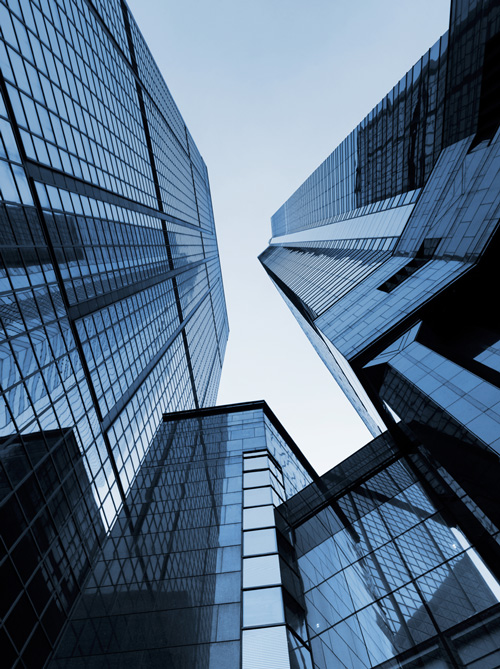 Some REITs, accustomed to various forms of capital raising, now can tap commercial paper as a short-term borrowing strategy that can save them millions of dollars a year.

Commercial paper, long a staple on balance sheets of most Fortune 500 companies, has only just become available to REITs with the best credit ratings.

Simon Property Group (NYSE: SPG) was the first to issue commercial paper in October 2014, and Equity Residential (NYSE: EQR) started issuing it in February. A few other REITs with the highest credit ratings are likely to consider issuing short-term debt.

While the issuance of commercial paper by another type of corporation would hardly make headlines, REITs’ newfound access to the funding carries significance. REITs as an industry have continued to gain legitimacy as their own asset class over time. Last year, MSCI and S&P Dow Jones Indices, which manage the Global Industry Classification Standard®, announced that stock exchange-listed Equity REITs and other listed real estate companies will be moved in 2016 from the GICS Financials Sector and elevated to a new headline Real Estate Sector.

“This is another marker, another example of REITs being treated like the grown-up, responsible, custodians of investor capital that they are,” he says. “They have gotten through the Great Recession with flying colors and they should have access to all the tools of the capital market.”

For the REITs already on board with commercial paper, they’re certainly big enough for commercial paper programs. Simon, for example, had a market capitalization of $57 billion in mid-March and has a presence overseas in Europe and Japan. Equity Residential, for its part, had a market cap of $28 billion, also placing it well within the confines of the S&P 500. These companies also have solid short- and long-term debt ratings by Moody’s Investors Service, Standard & Poor’s, and Fitch Ratings.

“Clearly, REITs are real companies,” says Merrie Frankel, vice president and senior credit officer at Moody’s. “Why shouldn’t a highly rated REIT have the same access to the capital markets?”

For a few select REITs, commercial paper allows them access to another form of floating-rate debt they would otherwise use in the form of a line of credit. It’s cheaper and involves fewer regulatory hurdles than issuing bonds.

“It’s an alternative source of financing,” says Steven Marks, managing director and head of the REIT group at Fitch Ratings. “This is a way for companies to have floating-rate debt, but at lower cost.”

The commercial paper market totaled about $81 billion outstanding in mid-March, according to the Federal Reserve. Generally, corporations borrow within windows of 30 to 45 days, but durations can go as long as 270 days or as short as overnight.

Up until last year, REITs were deemed too risky for commercial paper. Ratings agencies had traditionally shunned the sector since REITs must pay out at least 90 percent of their taxable income to investors. The view was that their long-lived assets, such as apartment buildings, office buildings and shopping centers, should be matched with long-term debt. Conversely, commercial paper was seen as more appropriate for financing auto loan receivables, inventories and the like.

Schecky Schechner, managing director at Barclays Capital, spearheaded the move to open up the commercial paper market for REITs. Scheckner went to the ratings agencies to explain the potential of REITs issuing commercial paper. He also worked with Simon and Equity Residential on their programs. (Scheckner was not available to speak to REIT magazine due to compliance reasons; investment banks are restricted in the way they can market commercial paper).

Commercial paper generally is a safe strategy for an ordinary corporation because the proceeds are used to cover short-term needs. Complicating matters for REITs, they must distribute 90 percent of their taxable income to shareholders. That makes refinancing more of a credit risk.

“The primary concern is the mismatch of assets and liabilities,” notes Sam Chandan, chief economist of Chandan Economics and a professor of real estate development at the Wharton School. “Only the most liquid REITs would be able to take advantage of commercial paper markets over the length of the cycle.”Essentially, issuers of commercial paper must be prepared for the worst.

The ratings agencies have worked with Barclays to ensure a solid footing for REIT issuance of commercial paper. Moody’s, for example, looks for committed lines of credit with strong financial institutions, with terms greater than two years. The agency also likes to see a cushion of 50 percent or greater when taking into account commercial paper and all other debt maturing within the next 12 months, meaning at least half of the credit line is freed up for the unexpected. The cushion can account for a market disruption for commercial paper, much like in 2008.

“In the worst of all cases, you have a massive recession and the music stops,” Frankel says. “In the game of musical chairs, you want to be able to have a seat at the end of the day.”

The more debt maturities are spread out over time, the more flexibility a firm has, Frankel adds. That cuts the risks associated with converging maturities, according to Frankel.

For REITs issuing commercial paper, the large credit facilities also serve as a key backstop. Theoretically, the amount of paper issued would never exceed what is available on a line of credit. The approach of REITs is much more conservative.

“We think about this program as a replacement for a portion of our revolving line of credit,” Parrell says.

“You want a company that’s large enough that can carve out that line of credit,” Frankel adds. “Most REIT managements are incredibly conservative, so I don’t think they are going to be cowboys.”

Equity Residential’s commercial credit program costs it roughly 30 to 40 basis points, Parrell notes. The pricing is based on its short-term credit ratings from the three ratings agencies. That compares with 80 to 120 basis points over LIBOR for its line of credit, or roughly 1 percent to 1.4 percent in early-March.

Parrell estimates the program will save the company $2 million to $3 million per year by replacing debt that otherwise would fall under the line of credit.

“The commercial paper market is a terrific place to fund yourself more cheaply, as long as you are comfortable with that very small risk that you may have to pay it back that day,” Parrell says. “You need to be thoughtful about the risk of the security that is put to you—that you have to make good on a loan on a day you don’t expect.”

“They have reached enough of a critical mass,” says Clifford Smith, professor of finance and economics at the Simon Business School at the University of Rochester and chairman of Home Properties Inc. (NYSE: HME). “For a while, REITs were this little peculiar sector that a lot of people just didn’t pay attention to. Now, I think it is much more regularly a component of a well-diversified portfolio.”