I expect the U.S. economy to keep growing at roughly trend rate for the next couple of years. 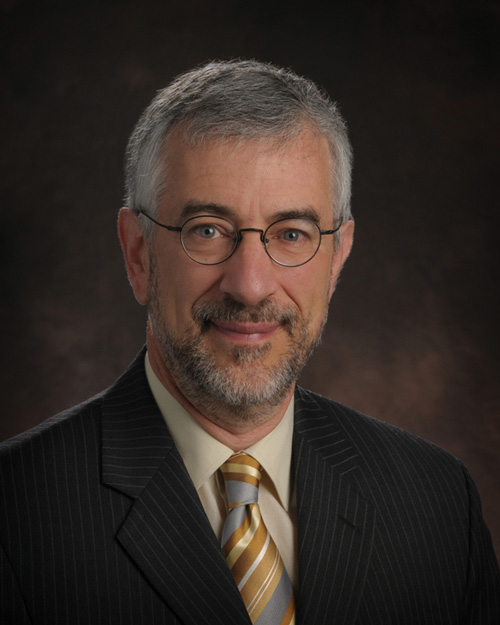 Kenneth D. Simonson has been the chief economist of the Associated General Contractors of America since 2001. His weekly summary of economic news relevant to construction, The Data DIGest, goes to 47,000 subscribers. He was the 2012-2013 president of the National Association for Business Economics, the professional organization for individuals who use economics in their work. Currently, he serves as an appointed member of the Census Scientific Advisory Committee and the Bureau of Labor Statistics’ Data Users Advisory Committee. He has 40 years of experience analyzing, advocating and communicating about economic and tax issues. He earned a BA in economics from the University of Chicago and an MA in economics from Northwestern University.

REIT: What’s your view on the macro outlook ahead?

KENNETH D. SIMONSON: I’m an incurable optimist. I expect the U.S. economy to keep growing at roughly trend rate for the next couple of years. There may be a sluggish quarter, but then we’ll see a catch-up, just like we had in 2014 where a very weak first quarter was followed by two quarters of robust growth. The economy doesn’t stick to a straight line, but the trend looks favorable.

There may be some shocks to investment because of the plunge in oil prices, but this is likely to be contained. And lower energy costs have beneficial impacts on other sectors. The ever-appreciating dollar, like everything else in economics, has offsetting effects. The strong dollar is good for consumers and importers, but causes trouble for exporters.

REIT: Construction activity has steadily improved since the recession. How would you describe what you see on the ground, and what do you expect over the remainder of this year and next?

SIMONSON: To gauge the level of construction activity, I follow the figures for the nominal value of construction put-in-place that the Census Bureau publishes on the first of every month. There may be some problems with how they measure certain parts of the construction sector, but there is no other report that measures the entire construction industry at such regular intervals.

Total nominal construction put-in-place increased 5.7 percent in 2013 and 5.4 percent in 2014. I expect annual increases of around 6 to 10 percent for the next two years. So at the worst, it will be in line with or about equal to the growth over the past two years, and at its best, nearly double.

On the positive side, construction in the “power” category—which includes all forms of power generation and transmission, but also site preparation, pipeline construction and so on—is increasing. There won’t be so much construction in oil wells, but this could be a big year in pipelines. Manufacturing construction is growing at double-digit rates. Lodging has also had double-digit growth, and we are seeing a lot of strength in warehouse and data centers.

On the negative side, I am not optimistic about increases in construction of retail or offices. There is spending to retrofit buildings, to reconfigure retail space, remodeling offices to knock down walls and create open areas, and on energy efficiency for older buildings. But there’s not that much new construction.

REIT: Are there any areas or property types where you are worried about overbuilding?

SIMONSON: I haven’t seen much sign of overbuilding. Perhaps one exception is Phoenix, which started a rebound in 2012 and most of 2013 but suddenly turned cold late that year and in 2014, so the strong recovery really didn’t hit. One area I am concerned where there is too much construction is in port facilities, both on the East Coast and West Coast. Exports have been expanding faster than the rest of the economy, but there’s a risk we’re building too much port capacity.

REIT: You didn’t mention worries about overbuilding of multifamily housing.

SIMONSON: No, here’s where my optimism shows through. On the flip side, I am more pessimistic about single family than are lots of housing economists. There are both demographic and financial reasons that multifamily will rise and single family will suffer. There are fewer people having children. Even those with children are more likely to stay in cities than they were in the past. The cities have better schools now, so the suburbs no longer have that advantage. The cities have lower crime rates than in prior decades. People like the shorter commutes. And the older generation may be looking to sell their single family home and live someplace where they are not responsible for the upkeep. Financial constraints weigh on home ownership, as lots of 20-somethings and now 30-somethings have high student debt, impaired credit ratings and are facing stiff credit standards. This generation has also learned a lesson from people who bought a home a decade ago thinking they could sell it for a profit at any time; now, this generation is more cautious about buying until they are sure it is the home they want to live in for a long time.

REIT: Your comments on rental demand and city living bring to mind recent discussion of “re-urbanization,” the development of walkable neighborhoods with store-front retail, office, nearby apartments and metro access. Do you see this trend continuing?

SIMONSON: It’s hard to be sure. There’s plenty of buzz about re-urbanization, but there are also the contrarians who add up the population growth and argue that it comes out in favor of the suburbs. I don’t doubt that there will be interest in walkable, bikeable neighborhoods.  There is a long-term trend in place to be freed from driving their cars, to take Uber or a car-share if they need one. This will have some impact on land use. There may be fewer car dealers, less need for parking lots, and those living in multi-story buildings won’t have much need for lawn and yard stores and the gadgets you get there. They may also have more disposable income to spend on restaurants and entertainment.

REIT: Getting back to the construction trends, what do you see regarding the availability of labor, wages and materials costs?

Contractors will have some trouble finding experienced workers after a long downturn. Many former workers may have retired or found jobs in other areas. Contractors are compensating by adding more overtime with the workers they have, and by adding new workers, but also with labor-saving equipment. For example, there is Building Information Modeling, or BIM. This is not just taking blueprints and putting them on the web. It also helps with planning, scheduling, and documenting the project, avoiding re-working various tasks. They have GPS-guided grading equipment, and are making more use of off-site, pre-fab manufacturing.

REIT: Despite being an incurable optimist, you must have some worries. Are you concerned about interest rates?

SIMONSON: No, I’m not very worried about interest rates. The Fed will be cautious, although after the strong employment numbers it’s more likely that they will start raising their target for short-term interest rates earlier, like June, rather than in the second half of the year. They are not likely to move very fast, though, and it won’t be drastic.

I have a bigger concern that I may be underestimating home and office construction. There is a lot of pent-up demand for household formation, especially among the 25 to 34 year olds, who tend to be first-time home buyers. With stronger job growth there may be more single-family construction than I anticipate, and there may be more need for office space, too. So we may see more positive swings from what I expect.