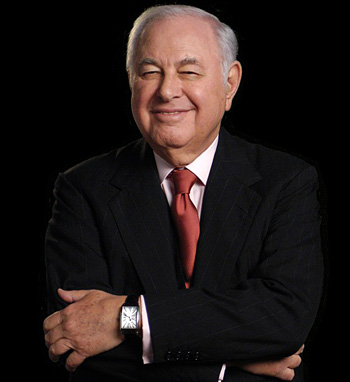 A. Alfred Taubman, the founder of Taubman Centers, Inc. (NYSE: TCO) who is widely credited with inventing the concept of the indoor shopping mall, died of a heart attack in his home in Bloomfield Hills, Mich., on April 18. He was 91.

Taubman started retail real estate development firm The Taubman Company, which eventually became Taubman Centers, in 1950. The innovative initial public offering (IPO) of Taubman Centers in 1992 touched off a wave of REIT IPOs that changed the face of the real estate industry in the United States.

Taubman donated hundreds of millions of dollars over the course of his life to a range of philanthropic and civic initiatives. Taubman also served as a director of a number of major U.S. corporations.

He is survived by his two sons, Robert and William; his daughter, Gayle Taubman Kalisman; his stepchildren, Christopher Rounick and Tiffany Rounick Dubin; and his wife, Judith Mazor Rounick.

Ryman Hospitality Properties, Inc. (NYSE: RHP) appointed Mark Fioravanti to president. Fioravanti will continue to serve as CFO, a position he has held since June 2009.