The Long Road Back 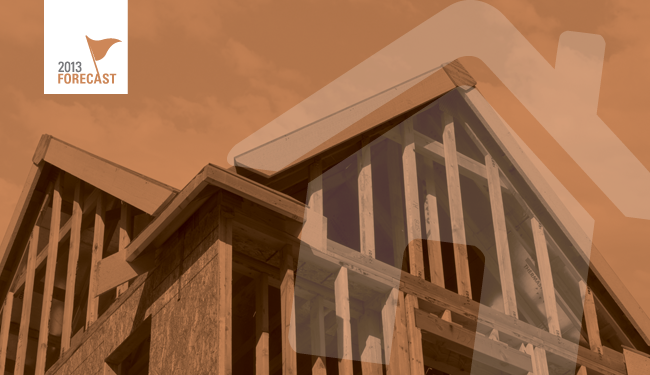 The evidence has been steadily trickling in this year: a modest housing recovery seems to be under way. Housing starts by private developers were at an annual rate of 872,000 in September the highest mark in four years according to the Department of Commerce. Building permits rose to an annual rate of 894,000, up 45 percent from the same period in 2011. Meanwhile, home prices have been edging upward. Prices for single-family homes across 20 U.S. cities rose at an annual rate of 1.2 percent in July, according to Standard & Poor’s Case-Shiller Index.

This doesn’t mean the roaring boom times for housing will be back anytime soon: there’s still a backlog of roughly 2 million loans in foreclosure, according to a report by the Joint Center for Housing Studies at Harvard University, meaning distressed sales will remain elevated, which will act as a brake on sales of new and existing homes. Moreover, the report said 11.1 million homeowners owe more than what their house is worth, putting another damper on prospects for significant growth.

Nevertheless, with housing starts having hovered at historical lows in recent years, there’s plenty of potential to return to historical norms.

“We believe the housing market has bottomed,” Dan Fulton, president and chief executive officer of timber REIT Weyerhaeuser Co. (NYSE: WY). “Our experience in the recovery is based upon what we see on the ground in our homebuilding business and how that translates to sales in the wood products business.”

Call it a turning point, after years of severe pullbacks in construction and housing starts. Demographics need to catch up, experts say. “We’re entering a completely new environment for the housing market,” says Calvin Schnure, vice president, research and industry information at NAREIT. “We have grown into the existing housing stock, and we are not building enough new housing to accommodate the population.”

This is good news for many REIT sectors. Timber REITs, which, in recent years, have endured plummeting sales of saw logs—the basic raw material used for lumber—stand poised to benefit from greater demand, and the higher commodity prices that come with it. Apartment REITs will also benefit from any resultant job growth, and still enjoy favorable demographics and an overall shift in rent-versus-own dynamics. Meanwhile, some real estate owners and lenders such as student housing REITs and mortgage REITs continue to reap rewards in spite of the recovery, as they enjoy macroeconomic trends still in force in the wake of the financial crisis. All told, the better news in housing is good news for all. With signs of life, a more active housing market means more construction jobs, plus more production of products that go into new homes, from carpeting to plumbing to cabinetry. 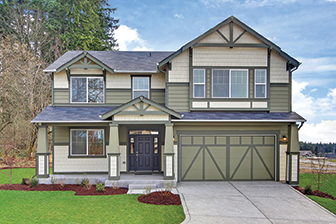 Until this year, “we haven’t had the housing side of the equation help the economy,” says Ric Campo, chairman and chief executive officer of Camden Property Trust (NYSE: CPT), an apartment REIT. “The housing market creates a tremendous number of jobs. So the downstream effect of a robust or reasonable housing market is you make a lot of products for them.”

To be sure, new housing starts have a direct impact on the timber REITs. About 40 percent of saw logs go into home construction, notes Rick Holley, chief executive officer of Plum Creek Timber Co. (NYSE: PCL). Revenues from timber sales for the company increased in the first half of the year to $157 million, up from $126 million for the first half of 2011.

Timber companies also sell pulp that’s used for products ranging from paper to diapers. Pulp and saw logs cost about the same to produce, Holley notes, but the latter fetch prices of three to four times as much. “We are really interested in a recovery of the housing market, which is going to help saw log prices,” he says. “We see those commodities slowly going up over the next few years.”

In fact, prices at midyear showed increases. Weyerhaeuser reported for the second quarter a 13 percent rise in lumber prices and 9 percent in oriented strand board, which are panels used for needs such as sheathing and subflooring in construction. Weyerhaeuser has another key barometer on the housing recovery with its real estate division, which ranks among the top-20 builders of single family homes. It reported sales of 764 units in the second quarter, up from 521 for the same period a year earlier in its regions such as Southern California, the Pacific Northwest and cities like Houston, Phoenix, Las Vegas and Washington, D.C. While the average sale price of its homes declined to $374,000 during the period, down from $391,000 last year, Weyerhaeuser’s Fulton likes what he sees.

“Housing inventory is coming down nationally,” he notes. “There is very little new inventory. We are seeing an increase in production to respond to our new home sales, as well as from other builders across the country. That is translating to improved sales for our wood products business.”

Multifamily REITs, in vogue since the single-family housing market collapse, also stand to continue their steady growth. While at first glance it might seem that a stronger housing market would siphon off renters choosing to buy, demographics still point in the favor of apartments. 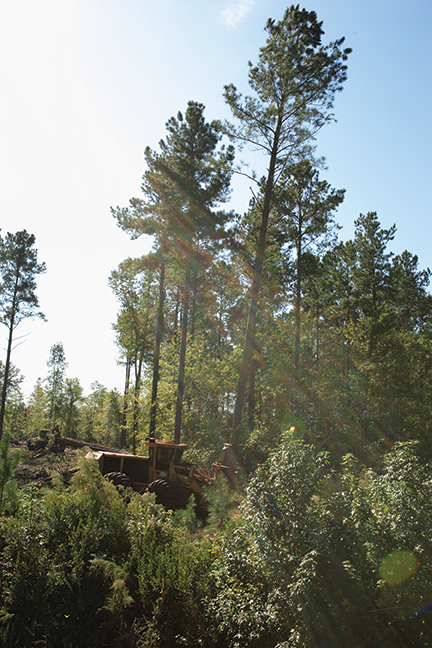 The fundamentals for the multifamily sector had continued to improve mid-year, as rental vacancy rates fell to the lowest level in a decade. The rental vacancy rate declined to 8.6 percent in the second quarter, down 0.6 percentage points from a year earlier, and from a peak of 11.1 percent in 2009, according to the Census Bureau.

Multifamily REITs are also benefiting from a continued decline in national homeownership levels, which fell 0.4 percentage points to 65.9 percent in the second quarter, continuing a general downhill trend since its peak of 69.2 percent in 2004, according to the Census Bureau. This rate should continue to fall to 64 percent by 2015 or 2016, Green Street estimates.

Renewed growth in home-buying would only threaten apartment REITs if there were a loosening of credit, which would open the door to many more mortgage applicants. But a return to no-documentation and no-interest loans is unlikely, anytime soon. “Credit standards have been so tight they are likely to loosen over the next few years, Huang says, “but banks and lending will be more prudent.”

Demand for apartments remains strong, with rents rising. For example, Equity Residential (NYSE: EQR) reported revenues for its 106,000 same-store units were up 5.5 percent in the second quarter from a year earlier.

“As we continue to increase rents, more people are moving out because they can’t afford it, but we are having no difficulty finding more people who can afford the higher rents to backfill those” apartments, says David Neithercut, president and chief executive officer of Equity Residential. 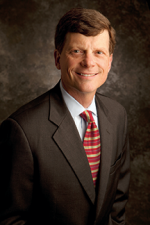 In the urban core, we think multifamily will continue to perform very well.

Meanwhile, the new supply of apartments is modest compared with historical levels. Permits for multifamily structures with five or more units rose to an annualized rate of 263,000 in August, up from a pace of 189,000 a year earlier, according to the Census Bureau. The lower level of starts has resulted in a 500,000-unit shortfall relative to historical trends, according to NAREIT research. Moreover, millions of households combined to share spaces during the recession and financial crisis, resulting in a pent-up demand for housing of 2 million to 3 million units, NAREIT said.

The tight supply has apartment REITs ramping up development pipelines. For example, Equity Residential began about $2.7 billion worth of development projects in 2011, and Camden by August had $551 million of projects in lease up or under construction for 2012.

The main risk to the outlook for apartment REITs would be a weaker job market and slower income growth, which could delay the recovery in household formation, according to Green Street. With new supply coming onboard and limits to how much apartment owners can continue to push rental increases, Green Street estimates revenue per available foot growth industry-wide will fall to 2.3 percent in 2015, down from 4.8 percent this year.

Still, for REITs such as Equity Residential that specialize in urban apartments, where supply remains tight and housing prices unaffordable for many renters, the demand picture looks good. “The urban core will be a very attractive place to live, work and play,” Neithercut says. “In the urban core, we think multifamily will continue to perform very well.”

Even as the housing market comes back, some REITs are still benefiting from the aftermath of the financial crisis. For example, campus REITs that specialize in university housing have benefited from the trend of states—facing tighter budgets—turning to outside operators for capital and operational knowhow. While companies 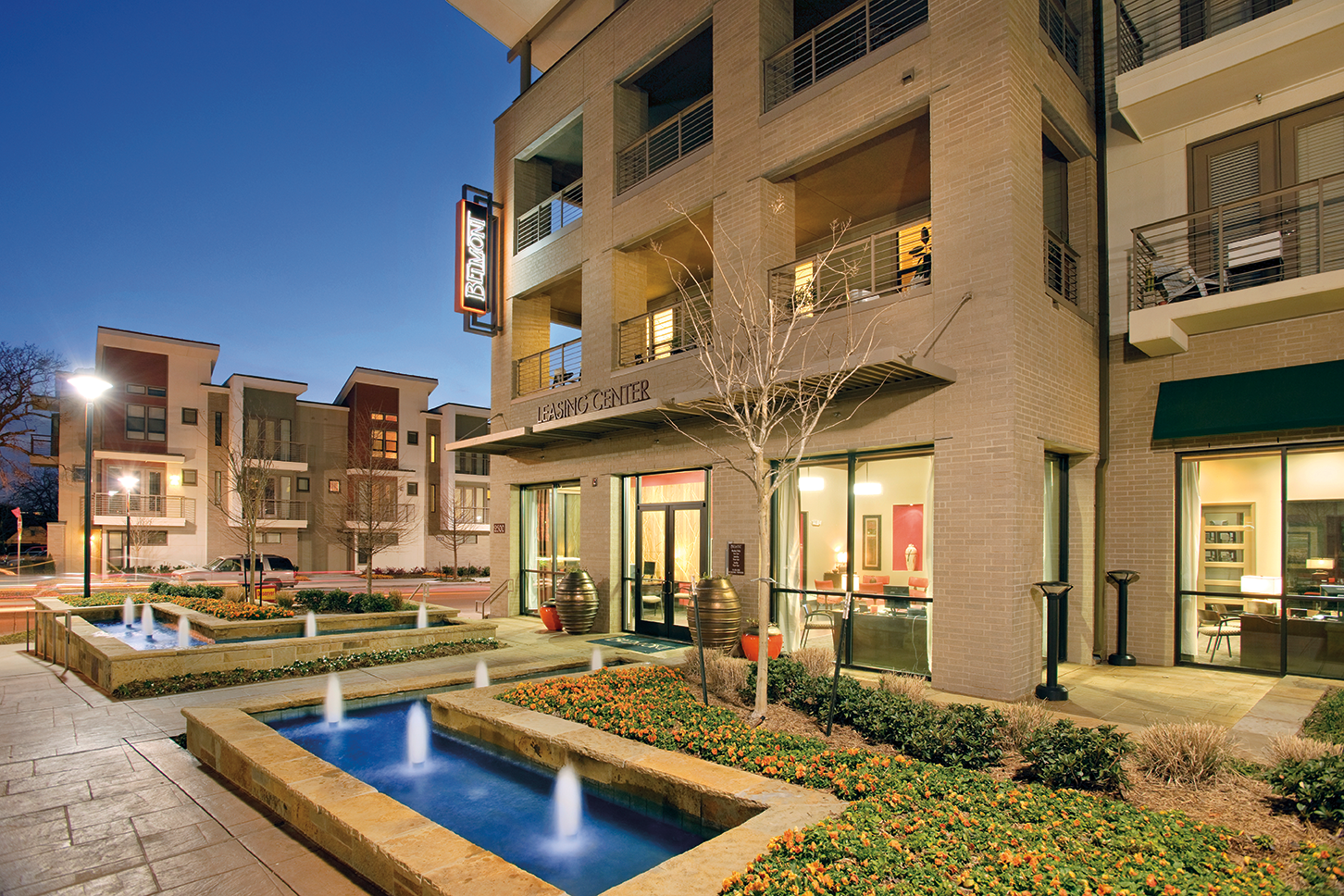 These operators are more susceptible to the availability of student loans than housing, according to Green Street. The crimped state budgets and sagging economy of recent years allowed American Campus to ramp up development, with a pipeline of about 20 properties costing roughly $1 billion hitting the market during a two-year period ending in September 2013. “Through the economic downturn, because land pricing and construction costs came down, it actually created for us one of the better periods of organic growth,” says Bill Bayless, president and chief executive officer of American Campus. “The good news about student housing is when the housing market does well or takes a turn for the worse, we continue to have upside trends.”

For some REITs, the housing market recovery actually may not mean the best news, especially for those that thrived on opportunities during the recession. For example, Winthrop Realty Trust (NYSE: FUR), which specializes in investing in distressed debt and assets of primarily office and apartment buildings, went on a buying spree during the financial crisis led it on a buying spree in recent years. Winthrop has seen outsized returns from snapping up distressed debt and properties on the cheap. A housing recovery is likely to lift asset values across the board, helping many owners who are still holding onto troubled properties. But there’s still an  overhang of about $36 billion of commercial mortgage-backed securities still in the hands of special servicers, notes Michael Ashner, chairman and chief executive officer of Winthrop. “The system yet hasn’t disgorged all of its problems,” Ashner says. “I don’t think it will work through its issues before 2014.”

At the same time, the picture looks bright for other REITs, for different reasons. Campo of Camden Realty Trust sums up a growing feeling among REITs as housing shows signs of recovery: “The housing market is such a large part of the economy,” he says. “We are definitely more confident about where we are in the cycle.”