For REITs that rely on consumers as the lifeblood of their businesses, there’s no magic trick that will help boost their performance in the next year. They already know what the catalyst for growth will be: clarity.

Unfortunately, achieving the requisite clarity to set everything in motion isn’t quite so simple. Factors weighing on employers’ minds range from fallout from the recent national elections to the slow-developing resolution of the ongoing financial crisis in the eurozone. Much of that lies outside the control of companies, notes Michael Glimcher, chairman and CEO of retail REIT Glimcher Realty Trust (NYSE: GRT).

“It’s really the macro issues, like interest rates, jobs, the election and the turmoil in Europe, that cause uncertainty in the market and can have the greatest impact on shopping habits,” he says. 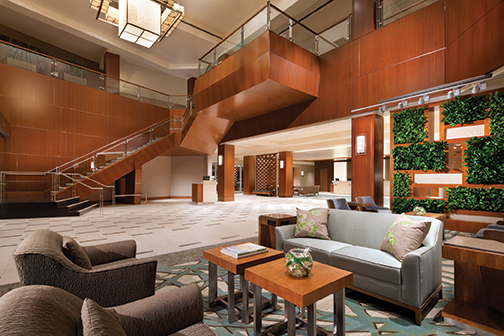 “The biggest variables that will impact the apartment sector are the macro events and potential government intervention,” Toomey says. “What’s coming out of both of those areas is going to impact us more than the supply-and-demand aspects of our business.”

The good news for consumer-oriented REITs such as Glimcher Realty and UDR is that once that elusive clarity is achieved, the underlying conditions to support more hiring and business investment are in place, according to Hans Nordby, managing director with research firm PPR. For example, he points out
that on an adjusted basis, corporate profits have reached
all-time highs.

“Companies are sitting on a ton of cash,” he says. “They would invest it if they thought there was clarity in the market.”

Whatever uncertainties may still exist in the United States’ business environment, the management teams of consumer-focused REITs, including sectors such as retail, apartments and hotels, appear to be taking positions of cautious optimism for growth in 2013.

Despite the ongoing troubles in the global economy, REITs across a variety of sectors are reporting solid operating performance this year. Leading the way has been the apartment sector, as has been the case in recent years.

“If I look over the last two or three years, the apartment sector has enjoyed the best net operating income growth among core real estate sectors. It’s partially because of the soft economy and partly a change in the psyche of individuals in regards to homeownership,” says Cedrik Lachance, REIT analyst with Green Street Advisors. 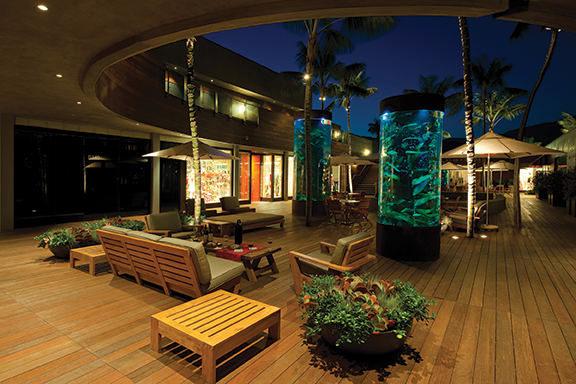 Glimcher Realty Trust expects more stores to open in its malls in 2013.

Toomey notes that UDR properties have enjoyed occupancy rates in the range of 95 percent. Meanwhile, he points out that the multifamily sector has seen its revenues grow at a rate of twice the national average.

“The current operating environment for the multifamily industry is quite strong,” he says. “When we back up and look at it, it has been a very strong year in 2012.”

“I think across the board in the community and neighborhood shopping center sector, if you look at our vital signs or key metrics, they’re all improving quarter by quarter,” Henry says. “It has been a good year for those of us in the shopping center business.”

In the lodging sector, Jon Bortz, chairman, president and CEO of Pebblebrook Hotel Trust (NYSE: PEB), says hotels are outperforming as well. Bortz is quick to point out that the hotel sector has yet to match the overall occupancy rates seen during the peak of the market. However, key markets have hit those numbers, he says, giving hotel companies a measure of pricing power.

“The interesting thing about the hotel business today is that it’s probably performing significantly better than the underlying economy,” Pebblebrook’s CEO says. “For our industry, the underlying fundamentals are in a very strong place.”

“We’re in the midst of the ‘new normal,’” Lachance says. 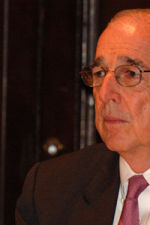 Check out the Q&A with CubeSmart CEO, Dean Jernigan

Nordby takes a more sanguine position on the state of the consumer in 2013.

Performance and growth in the fragmented self-storage sector has split between larger REITs and smaller, independent operators, according to CubeSmart (NYSE: CUBE) CEO Dean Jernigan.  For REITs, the storage sector initially witnessed a decline in demand for space as the downturn began, he says, but that trend has reversed course. Jernigan points out that CubeSmart’s occupancy gains have driven quarterly year-over-year revenue gains in the firm’s same-store portfolio of 3.1 percent in the past eight quarters.

“We think that people will, on the margin, continue to pay down a little debt, save a little bit and not spend every dime at the mall,” he says. “Despite that, we think things are going to pick up in 2013.”

PPR is estimating employment growth of roughly 2 percent for the year with wage growth of nearly 5 percent. That translates into consumption growth of 2.4 percent, according to the firm’s 2013 projections.

As has been the case since the housing market started to head south, Nordby says he’s looking for another strong year in the apartment business. 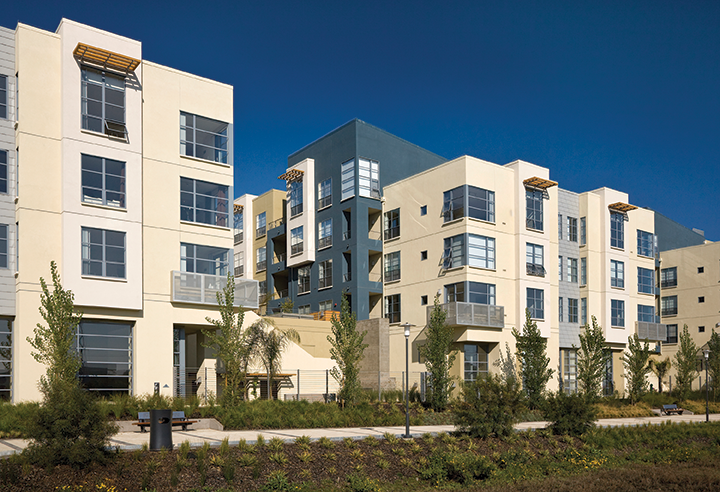 “This is the sweet spot in the cycle for apartment pricing power,” he says. “For a couple quarters in a row now, what we’ve seen is that REITs have managed occupancies to as high as they can go, and now they’re just pushing rents.”

According to research from the National Multi Housing Council (NMHC), apartment markets across the country are tightening, signifying a positive development for property owners. In a quarterly survey of apartment owners performed in mid-2012, 55 percent of respondents reported that their local markets were experiencing tight market conditions—low vacancies and high rent increases.

The quality of their assets is working in favor of apartment REITs, which tend to own class-A properties in major markets with high barriers to entry, Nordby explains. However, he also points out that some of that pricing power may start to dissipate later in 2013 as developers bring more apartment supply online in hopes of capturing those rents.

“The biggest thing that has always derailed the multifamily sector has been overbuilding,” UDR’s Toomey says. For the time being, though, he maintains that banks’ concerns with their capital requirements will put a damper on lending, thereby constraining new building.

Toomey quickly shoots down the idea when asked if the apartment sector may have peaked following its extended hot streak. Instead, he says he anticipates that the “uneven” economic recovery will persist in 2013, meaning that improved operating performance may shift among pockets of properties in UDR’s portfolio based on geography.

Meanwhile, Lachance singles out mall REITs as a sector to watch in the year ahead. He notes that the sector has been lacking in new development, while occupancies have surpassed levels seen prior to the downturn. “There is some room for market rent growth,” he says.

Glimcher agrees, sharing that retailers have started looking for new space in his company’s facilities. The demand for more mall space has enabled Glimcher Realty to regain pricing power in the market, according to the firm’s CEO, who doesn’t see that letting up in the next year. 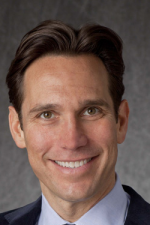 Check out the Q&A with Glimcher CEO, Michael Glimcher

“Based on the discussions we are having with retailers now, we expect a solid pipeline of openings in 2013. Combine that with limited new development and I think we can expect to see demand remain consistent, if not improved, in 2013,” he says.

Likewise, Henry says development in the shopping center sector has remained restrained. At the same time, he says, retailers are planning to up their store counts. Ultimately, that should create a positive dynamic for shopping center landlords.

“There’s a momentum to these retailers’ expansion plans,” he says. “They’re committed and have the capital set aside to do it. When you have a shrinking inventory of spaces available for these expansion plans, it adds up to good things for us.”

Bortz says he foresees hospitable conditions in 2013 for the hotel sector, which he says is “early in the recovery and growth cycle for the hotel business.” He’s forecasting overall demand growth of between 2 percent and 3 percent for the sector next year, distributed roughly equally between both business and leisure travel customers.

“Part of the strength of demand this year and next year will continue to be related to growth in inbound international travelers—growth in places like Brazil, Colombia, Argentina, Chile and Asia, including China in particular,” Bortz says. 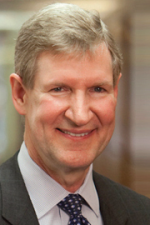 Everybody is apprehensive about the fiscal cliff.

In the self-storage sector, Jernigan says the uptick in demand experienced by his company has offered positive signs for ’13. However, he hesitates to get too enthusiastic about the prospects for the coming year.

“Considering that much of our recent performance has been coming from market share gains rather than meaningful improvements in consumer demand, we will continue to contain our optimism until we see more signs of life from the economy,” Jernigan says.

Of course, as the Great Financial Crisis proved, there are always wildcards that could change the economic outlook dramatically. The one weighing on everyone’s mind at the moment is the so called fiscal cliff. With tax increases and spending cuts currently set to go into effect in 2013, the scenario has some observers fearing yet another recession.

That worry isn’t lost on the CEOs of REITs that target consumers.

“Everybody is apprehensive about the fiscal cliff,” Henry says. “Consumer spending totals 70 percent of the economy. If the U.S. does take any kind of double dip, our sector is going to be adversely affected for sure.”

Still, even with those kinds of variables in mind, Nordby says more jobs are on the way in 2013.

“Companies have gotten as much labor as they can out of their existing workforce,” he says. “They’re doing everything they can to avoid hiring workers full-time, but with clarity and more money, they’re going to get brave.”