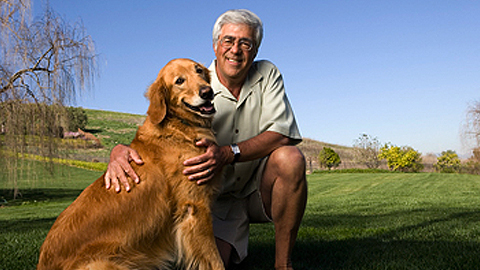 Although I won’t pretend that my track record of forecasting is better than anyone else’s, I enjoy playing the game.  It is human nature to expect that the immediate future will be a continuation of the recent past—but we know that the future loves to toss curveballs at us. So, rather than making a straight-forward prognostication, I will borrow the approach of well-known investment pundit Byron Wien and suggest a few possible surprises for 2013 that would affect the REIT world. By definition, these are unlikely to occur—but, if they do, they will move our markets.

Let’s first consider a rather unpleasant possibility. Although neither I nor anyone else expects Treasury yields to spike next year, credit spreads could widen substantially in the event of a liquidity crisis at a major bank, a wave of municipal bankruptcies, increasing economic deterioration in the eurozone (particularly in Spain or Italy), or even a lurch toward recession in the United States—perhaps due to our sliding down the “fiscal cliff.” Today’s credit markets are not very forgiving. And, with investment-grade bonds yielding 3 percent and junk bond yields hovering at historic lows near 6 percent, there is no margin for error in the credit markets.

"It is human nature to expect that the immediate future will be a continuation of the recent past."

A significant widening of credit spreads would have a negative impact on REIT stocks. REITs have successfully reduced leverage, refinanced higher-coupon debt and extended debt maturities, but higher debt costs throughout the U.S. would depress an already fragile economy. Demand for commercial property space would be negatively impacted, and property cap rates and required internal rates of return could rise substantially.

Another negative surprise would be an outbreak of war in – where else? – the Middle East. That troubled and volatile region is vitally important to oil prices and the entire global economy. Major hostilities there would trash all equity prices.

One upside surprise—don’t laugh!—would be an accelerated growth rate of the U.S. economy beyond our present sluggish “new normal” pace. This isn’t likely, but could happen, particularly if Congress shows some maturity by resolving many of our tax uncertainties and adopts a serious long-term plan for reducing our mushrooming deficits. A stronger U.S. economy would, of course, put upward pressure on U.S. Treasury yields, but credit spreads would narrow a bit due to lower perceived risk – keeping the cost of private debt modest. This surprise would be quite favorable for REIT equities, as it would give property owners better negotiating leverage and drive rent increases. Any increase in cap rates would be offset by higher cash flow growth assumptions; property values could rise further.

M&A activity among public REITs has been relatively quiet after the AMB-ProLogis and Ventas-Nationwide merger announcements in early 2011. REIT investors are happy, and few REIT boards or executives have felt any need to offer their companies for sale. And, of course, “synergies” and cost savings are usually modest in the REIT industry.

But the deal between Realty Income and American Realty Capital may signal that 2013 could surprise us with increasing M&A activity. Bigger can be better in some property sectors, such as the shopping mall business. Large mall REITs have ample access to cheap capital. Bigger is also better in the self-storage sector, and possibly some health care segments, where national branding is possible. Perhaps more than a few REIT executives might decide to retire at the top of their game, after having delivered outstanding returns to investors. A rise in M&A activity would—at least for a time—boost the valuations of many REIT stocks.

We will get some surprises in 2013. But these probably won’t be the surprises I have suggested. My dog, Riley, was playing with my crystal ball last month, and seems to have cracked it.