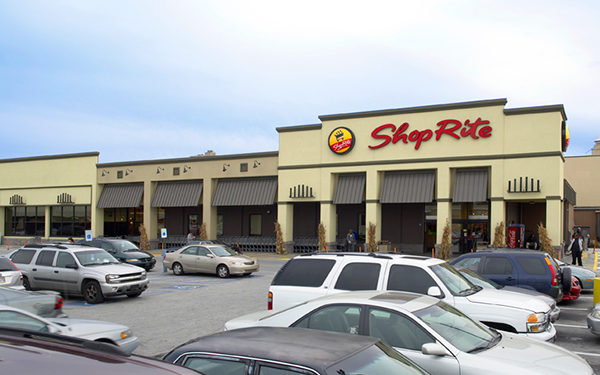 Cedar Realty Trust (NYSE: CDR) hired Bruce Schanzer in 2011 to serve as the company’s president and CEO, and upon taking the helm, it was apparent to the industry veteran that Cedar needed to redefine its strategy.

Cedar Realty was originally organized in 1984 as Cedar Income Fund, and the firm eventually filed for an initial public offering (IPO) on the New York Stock Exchange (NYSE) in 2003 as Cedar Shopping Centers. Cedar’s portfolio lacked a firm strategic direction, maintaining investments in malls, unanchored strip centers, net-leased drug stores and land parcels spanning geography from New England through the Mid-Atlantic and into the Midwest. Although the company grew dramatically post-IPO, it underperformed most other shopping center REITs on a total shareholder return basis.

As part of the management transition in 2011, the company changed its name to Cedar Realty Trust and shifted its focus to owning primarily grocery-anchored shopping centers straddling the corridor from Washington, D.C., to Boston.

“We saw a focused, grocery-anchored portfolio in a defined geographic region as a way to streamline the company from an operations and leasing perspective, as well as insulate the company during most economic climates,” Schanzer says. “In conjunction with a divestiture and de-levering program, Cedar sought to focus its efforts on this geography and asset class. This strategic shift allowed Cedar to dramatically reduce its leverage while achieving a more clearly defined and attractively positioned portfolio.”

Jason Lail, an analyst on SNL Financial’s REIT research team, says streamlining and getting rid of non-core assets made sense for Cedar.

“The benefit is they are able to focus on a specific property type and what makes the wheel spin, finding more opportunity in its focused targeted markets,” he says. “In addition, when we talk about occupancy, it’s been pretty steady over the last few quarters. Starting in 2012, it’s been above the 93 percent rate, a bit of an uptick compared to what we were seeing prior to this change in strategy.”

Now that the process of repositioning its existing portfolio is nearly complete, Cedar has a pipeline of redevelopment opportunities within its current portfolio to deploy capital at healthy yields. Today, the company owns 67 shopping centers with approximately 10 million square feet of space. Traditional supermarkets are represented in 82 percent of its portfolio, and nearly 93 percent of its centers have a grocery component.

“Although we very much like our portfolio and have been pleased with its resilience during the recession, we believe that we could improve our portfolio while remaining focused on our asset-type and geographic strategy through a process of culling the bottom of our portfolio while acquiring assets of a quality that will be at the top of our portfolio,” says Philip Mays, the company’s chief financial officer. “In addition, we have identified a number of our assets as very strong redevelopment candidates. We expect to continue regularly pursuing these opportunities as a means of improving our portfolio quality and driving higher returns on capital.”

A defining transaction for the company was the unwinding of the Cedar-RioCan relationship in October 2012. Cedar and RioCan (TSX: REI), a large Canadian shopping center REIT, formed a joint venture in 2009 at a time when Cedar was experiencing the stresses of the Great Recession.

Cedar had seeded the venture by selling RioCan an 80 percent stake in seven of Cedar’s shopping centers along with a 14 percent interest in Cedar’s common stock. After the formation of the joint venture, Cedar and RioCan acquired another 15 shopping centers together on an 80-20 basis.

“The center was acquired at a very attractive valuation and has proven to be a strong performer,” he says. “In addition, Cedar received roughly $40 million in cash that was used to repay maturing debt. By unencumbering a significant proportion of our portfolio, we set the stage for converting our line of credit from a secured to an unsecured facility in July 2013.”

“One additional benefit is that the transaction provided for the rationalization of our platform. The joint venture paid us roughly $2.5 million in annual fees,” Mays says. “When the venture was unwound, we determined to reduce our overhead during the ensuing 12 months by at least $2.5 million so that there would be no adverse earnings impact. In fact, we were able to secure these savings in a mere five months. This overhead reduction has allowed us to more appropriately match our platform with our asset base.”

Shopping for the Groceries

One market trend that the company has observed is the growing diffusion in how groceries are sold. Whereas 20 years ago groceries were sold primarily in traditional supermarkets, groceries are now part of the product offerings at superstores, warehouse clubs, drug stores and even dollar stores.

“In addition, we have seen increased stratification among supermarket formats with the high-end, specialty supermarkets, such as Whole Foods or Trader Joe’s, carving their niche, while lower price point supermarkets, such as Aldi’s and Bottom Dollar, are similarly developing a distinctive market presence,” Schanzer says. “That said, well-run traditional supermarkets continue to represent central, formidable and highly relevant competitors in the grocery market. The bottom line is people need to eat in good and bad economies.”

“We have just about completed our near-term divestiture and de-levering strategy and are shifting our focus from defense to offense.”

Andrew C. Sucoff, partner and co-chair with Goodwin Procter LLP, says he believes Cedar should be commended for its transformation, feeling the investment market will embrace the clean balance sheet and strategic shift.

“I think it is widely understood that grocers generate the most traffic of any shopping center anchors, which makes the balance of the inline or shop space more valuable—a cap rate changer, if you will,” he says. “I think investors also worry less about Internet competition with grocery than they do with many other retailers. Finally, given that people go to the grocery store in up and down economies, I think the asset class is viewed as more stable through turbulent economic times.”

Mays points out that the asset class is holding strong against competitive pressures from the Internet. Even as Amazon.com and other competitors expand online grocery delivery, he says he does not see these concepts meaningfully taking away from Cedar’s grocery tenants for a variety of reasons that appear likely to endure.

As the company looks to the last quarter of 2013 and ahead into 2014, Schanzer says he is very excited about Cedar’s plans.

“We have just about completed our near-term divestiture and de-levering strategy and are shifting our focus from defense to offense,” he says. “We are seeing numerous opportunities to invest in situations that will improve our average asset quality, whether in our existing assets by leveraging our strong construction and development capabilities, or by acquiring new centers, thereby benefitting from our local market presence, which allows us to source off-market or thinly marketed opportunities.”

Cedar also has the opportunity to meaningfully reset the rents on a significant portion of its portfolio as a result of lease maturities, as approximately one-third of its square footage is maturing in the coming two to three years at below-market rental rates.

“Additionally, we have the opportunity to refinance maturing debt at attractive levels. Although we have a very benign debt maturity schedule and significantly less overall leverage than we had two to three years ago, the debt that is maturing is at above-market rates,” Schanzer says. “Accordingly, we have the opportunity to potentially lock in more attractive financing than what is currently in place. With these three drivers serving as a foundation, I am optimistic that our highly energized and skilled management team can drive strong results for the benefit of our shareholders.”

Schanzer often tells his team that Cedar has three objectives over the coming five years:  to get bigger, to get better and to get leaner.

“What I mean by that is that we need to increase our market cap and enterprise value, improve our average asset quality and continue reducing leverage,” he says. “As a small-cap shopping center REIT, we need to grow our share price by being judicious stewards of capital and need to grow our enterprise by sourcing solid NAV-accretive investments in order to increase the scale of Cedar.”

Cedar Realty has experienced a transformation of late that can be observed from a number of perspectives. Thanks to its dispositions, it is a smaller, more focused company with 67 primarily grocery-anchored centers. Cedar Realty has also grown leaner, with 70 employees versus 115 at substantially reduced overhead that makes more sense for a company of its size.

“The thing I would highlight above all else is the cultural shift that has occurred at Cedar. Specifically, we are a more analytical and collaborative management team than in the past,” Schanzer says. “We have refined our systems and processes to ones that allow us to make better decisions that are the result of number crunching, intensive analytics and substantial discussion and debate. I am convinced that over the long term, this approach to running the company will cause it to be a very strong performer for many years to come.”