A look at how operating partnership units changed (and continue to shape) REITs and real estate investment. 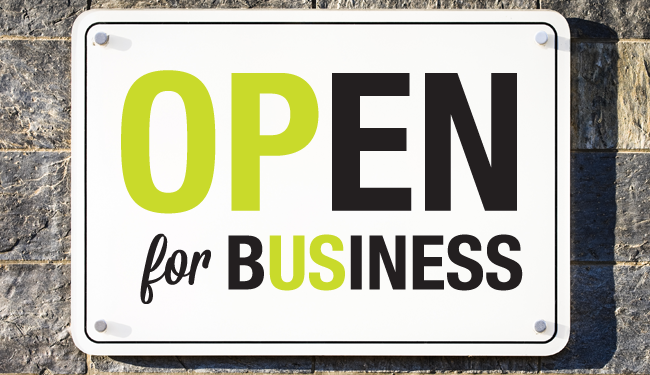 Looking back at the history of the REIT industry, the year 1993 stands out as a key turning point.

A total of nine equity REITs had held initial public offerings (IPOs) in the United States in 1991 and 1992, the beginning stages of the Modern REIT Era. Yet, in 1993 alone, 44 equity REITs went public.

What changed in that one particular year? Operating partnership units (OPUs) and the expansion of the UPREIT structure came into vogue.

“In many ways the UPREIT set the stage for everything that is the REIT industry today,” says Bernard Winograd, a retired REIT executive and investor who played an instrumental role in the development of the UPREIT.

“I think the UPREIT was instrumental in turbocharging the whole industry and its ability to equitize accordingly,” says Sam Zell, chairman of Equity Group Investments.

What are REIT OP units?

“The genius of operating partnership units was to marry rigorous tax planning with sophisticated equity capital markets thinking,” says Ettore Santucci, a partner with Goodwin  Procter who chairs the law firm’s capital markets practice and serves as co-chair of its REIT practice.

“In many ways the UPREIT set the stage for everything that is the REIT industry today.”

“From a tax perspective, OPUs are partnership interests in a controlled limited partnership or LLC subsidiary of the REIT that, when exchanged for interests in a closely held partnership, allow for the contribution of real estate from private ownership to eventual public ownership while deferring the recognition of tax gain,” Santucci explains.

“From an equity capital markets perspective, OPUs are effectively non-voting equity securities of the REIT,” Santucci says. “They have the same value and access to liquidity as the REIT’s stock listed on the NYSE because of the holder’s right to have each OPU redeemed in cash for the value of a share of REIT common stock, and the REIT has the option to exchange OPUs in kind for shares of REIT common stock on a one-for-one basis in lieu of cash redemption.”

“I was told by one banker that if you brought in cash as collateral equal to the amount you wanted to borrow, you still couldn’t get a loan,” recalls Winograd, who served as chief financial officer of Taubman Centers (NYSE: TCO) in the 1990s. “The scrutiny on real estate exposure was that strong.”

That left companies like Taubman Centers, which needed fresh capital to expand two of its mall properties, in a tight spot. As David Simon, chairman and CEO of mall REIT Simon Property Group (NYSE: SPG), notes, accessing the public equity markets wasn’t thought to be an option at that point. “Because many of the best real estate companies were made up of partnerships, there was really no way to go ahead and take them public without paying a significant tax bill, even though they weren’t selling their economic interests,” he says.

“Without OPUs, it would simply not have been feasible for those private companies to migrate to publicly traded status.”

With Taubman Centers looking for a capital infusion, it turned to one of its most reliable sponsors, the General Motors pension fund. After talks between the two stalled, investment bank Morgan Stanley approached Taubman Centers management with a bold idea about taking the firm public.

In essence, the UPREIT structure was created in 1992 as a result of those talks. With the blessing of a tax opinion from the law firm Goodwin Procter, it was determined that private owners and limited partnerships could contribute real estate assets to a partnership operated by a REIT in exchange for units of that operating partnership without triggering an immediate tax liability. That opinion enabled the use of UPREITs in a public securities offering.

“We had the largest single legal bill that I’ve ever seen for a transaction,” Winograd says.

Representatives from Taubman then went on the road to promote what Winograd calls the “IPO from hell.” Not only were they trying to sell investors on the merits of their business, they had to explain a unique corporate structure that was the first of its kind.

After two years of trying to put a deal together, Taubman Centers held an IPO in December 1992, raising nearly $300 million.

“The work done in that deal proved to be a turning point in the ‘modern REIT era,’ with the UPREIT structure paving the way for the IPOs of numerous widely respected private real estate operating companies,” Santucci says. “Without OPUs, it would simply not have been feasible for those private companies to migrate to publicly traded status, because the tax liabilities involved would have been staggering and the public equity capital markets would never have allowed pre-IPO owners to pull out sufficient cash to fund their tax obligations. Tax deferral was not only important, it was necessary for asset portfolios to move to listed REITs.”

Start of a Trend

As word of Taubman Centers’ intention to go public began to circulate in the real estate community, Winograd says the firm’s gambit raised the interests of other cash-strapped firms. “Obviously there was intense interest in the details,” he says.

Why? According to Jay Flaherty, former chairman and CEO of HCP, Inc. (NYSE: HCP), pulling off an IPO represented a matter of survival for plenty of real estate players at that point.

“If you go back to the early ‘90s, there were a whole bunch of really prominent real estate folks who were over-levered,” he says. “They were dangling on the cliff. Operating partnership units provided a mechanism for liquidity.”

OPUs and the UPREIT served companies’ immediate need for equity capital at the time, but benefits in the longer term have been even greater, according to observers. OPUs gave real estate owners a flexible conduit for generating liquidity. As a result, REITs have used OPUs to finance high-profile deals, such as Boston Properties’ (NYSE: BXP) acquisitions of the Prudential Center in Boston and Embarcadero Center in San Francisco.

“To me, one of the real drawbacks of the real estate industry was that it was very hard to grow by acquisitions,” Winograd says. “You had to use cash or debt to buy things. One of the principal concerns that I had in mind was that when this is over, we want a vehicle where we can buy someone’s real estate from them and use equity. We got that.”

REITs continue to use OPUs today to facilitate deals, and they’re seeing a renaissance in many sectors.

Ultimately, though, the biggest winners from the creation of OPUs have been investors, according to Simon.

“It allowed companies like ours to grow through issuing common stock or their equivalents in the form of operating partnership units,” he says. “It gave investors exposure to high-quality management and high-quality portfolios.”