Opening a window to the public market. 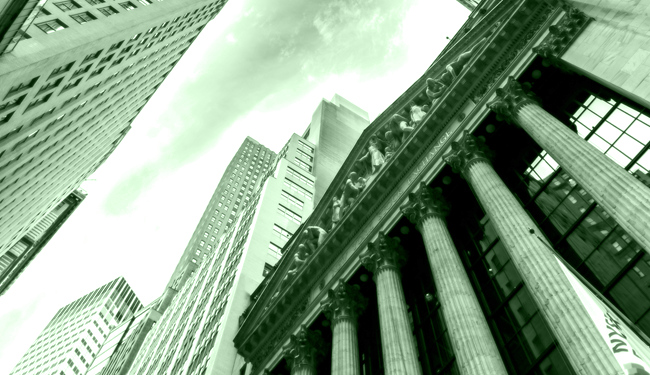 On the surface, 2013 has been a strong year for REIT initial public offerings. As of Oct. 3, 15 equity and mortgage REIT IPOs raised $3.6 billion year to date, according to SNL Real Estate. That compares to eight REIT IPOs that raised $1.8 billion in all of 2012. However, industry observers continue to have a cautious approach regarding the IPO pipeline.

“There is certainly room for IPOs of real estate investment trusts that have a compelling story and an established management platform associated with the offering,” says Gil Menna, a partner at law firm Goodwin Procter.

Deals were done earlier this year with the help of higher stock prices. But rising long-term interest rates from May through August contributed to a drop in the FTSE NAREIT U.S. Real Estate Index of roughly 16 percent in the middle of the year. During that time, investment bankers say issuers’ IPO enthusiasm was tempered.

“There is certainly room for IPOs of real estate investment trusts that have a compelling story and an established management platform associated with the offering.”

Real estate companies’ “perception of Main Street real estate pricing hasn’t changed much since the spring,” says Brad Butcher, a managing director in the real estate practice of investment banking firm Raymond James Financial. “REIT equity prices in most of the sectors are down and, in some cases, down significantly.”

“Higher interest rates are bad for any capital intensive business,” adds Jim Sullivan, managing director and analyst at research firm Green Street Advisors. “The IPO window is still open (as seen by Empire State Realty Trust’s October offering), but the number of companies that can get through it has shrunk in size a bit.”

In some cases, assets that were once held in public hands and taken private are now coming back to the listed markets through mergers and acquisitions. For example, Cousins Properties Inc. (NYSE: CUZ) acquired Texas office assets Greenway Plaza and 777 Main Street for a total purchase price of approximately $1.1 billion in cash from a joint venture operated by Crescent Real Estate Holdings LLC. American Tower Corp. (NYSE: AMT) reached an agreement in September to buy the MIP Tower Holdings LLC portfolio of cellular towers for $3.3 billion.

New sector players have cropped up, too, such as American Residential Properties Inc. (NYSE: ARPI), which debuted on the public markets in May, and American Homes 4 Rent (NYSE: AMH), which started trading Aug. 1. Both are in the business of renting out single-family homes.

Blackstone Group, one of the largest real estate owners in the United States, has been behind some of the biggest splashes in the IPO pool. The efforts are part of Blackstone’s strategy of buying real estate companies, making improvements, then selling them in a prescribed timeframe.

Hilton Worldwide Holdings Inc. filed with the Securities and Exchange Commission (SEC) in September to hold an IPO intended to raise at least $1.25 billion. Hilton, one of the most historic brands in the hotel industry, was taken private prior to the financial crisis in 2007 by Blackstone. Blackstone paid $26 billion at the time for the lodging company and its portfolio brands, which include Hilton Hotels & Resorts, Embassy Suites, Waldorf Astoria, Homewood Suites and DoubleTree. The filing indicated that Hilton would operate as a controlled company following the stock offering, with Blackstone and its affiliates owning a majority of the voting power of shares eligible to vote in the election of Hilton’s board of directors.

Additionally, Blackstone’s Brixmor Property Group, a retail specialist that owns 522 shopping centers with a value of about $13 billion, filed a registration statement in July to sell shares to the public. Brixmor has said it plans to raise $750 million through the offering.

Extended Stay America, a lodging chain that’s part of the Blackstone portfolio, also filed for up to $100 million worth of shares. As of September, Blackstone was also exploring taking hotel chain La Quinta Inns & Suites public.

Blackstone’s activity should dwarf any recent deal volume, which has tended to track the rise and fall of REIT valuations. Historically, IPO volume in recent years has been light compared with the heady years before the financial crisis, such as 2005, when $3.8 billion worth of equity and mortgage REIT deals were done. Yet, volume this year and last has been much better than the bleak year of 2008, when only two deals worth $440 million were consummated.

On the one hand, many management teams are still balking at what institutional investors will pay, says Mark Decker Sr., managing director at BMO Capital Markets. Even if a team meets all the criteria of a good IPO, “institutions still want too much of a haircut,” Decker says. “It keeps some very high-quality smaller companies from going public.”

It’s a fine art of sorts, as management must also show it’s committed to taking some kind of discount to account for the inherent risk of the transaction, says Craig Bernfield, chief executive of Chicago-based Aviv REIT. The company sold 35 percent of itself at $20 a share, but was oversubscribed among retail and institutional investors, meaning it probably could have fetched a higher price.

“We positioned ourselves to investors as willing to leave something on the table,” Bernfield says. “As a public company, we were brand new. You have to give them the benefit of a bargain.”

“Institutions still want too much of a haircut. It keeps some very high-quality smaller companies from going public.”

That said, the steadily rising values of commercial real estate assets have helped lure investors and get new IPOs to market. For instance, prices for a national basket of privately held commercial properties rose 2.9 percent in the second quarter, according to an index published by the National Council of Real Estate Investment Fiduciaries. The index has risen between 2.3 percent and 4.6 percent for 13 consecutive quarters ending June 30.

Higher commercial real estate values in the private markets—the lion’s share of properties—means good news for companies looking to get better stock prices in an IPO.

“Clearly we have more vibrancy in the IPO market,” says David Lazarus, a senior managing director at Eastdil Secured. “It comes and goes month by month, but over a longer period you can certainly see a trend for more public markets.”

Deals like the ones made by Blackstone and the $930 million Empire State Realty Trust Inc. (NYSE: ESRT) IPO show just how much momentum there is behind the movement to go public.

“Blackstone as well as others are just trying to figure out how to maximize value for their investors,” Lazarus says. “They see the public markets as the best way to do that and to provide liquidity for themselves.”

The Blackstone deals signal a new twist on IPOs, notes Menna. Historically, REIT IPOs have not had a controlling interest. But the sheer size of the holdings may necessitate not flooding the market all at once.

“One of the focus areas of attention will be the overhang on the stock,” Menna says. “How long will it take that private equity sponsor to be able to get out of the position and establish an orderly trading volume and price associated with those securities?”

These prospective deals will be “dual-tracked,” Menna adds, just like Archstone was by its seller, Lehman Brothers Holdings Inc. Archstone filed an S-11 registration statement for a $3.5 billion IPO, only to eventually sell to AvalonBay Communities, Inc. (NYSE: AVB) and Equity Residential (NYSE: EQR) last year for a total of $6.5 billion in cash and stock. Underperformance of apartment REIT shares during 2012 in part prompted Lehman to sell the entire position outright.

What Blackstone ultimately does, of course, will depend on how long it wants to hold onto its positions. It will all come down to pricing, Sullivan says. But make no mistake, the demand is there for more real estate to come to the public markets, he adds: “There is no shortage of capital that wants to buy credible companies that own good real estate—that are run by management teams who already have earned the respect of the public or can earn that respect.”

The ebb and flow between going public or staying private also depends on how public companies in a particular sector are trading relative to net asset value, according to Sullivan. Companies trading at premiums will tend to draw private owners to the public market. Big discounts will encourage go-private transactions.

“There is enormous opportunity for investors to arbitrage, whether they are private equity firms like Blackstone, or private real estate guys,” Sullivan says.

Yet, sometimes public owners might be enticed by private equity buyers even when they trade at a premium. Such was the case back in 2007. Blackstone paid a 40 percent premium above the Hilton Hotels Corp. stock price at the time of the transaction’s announcement. In those days, capital was easy to come by for private equity firms, allowing them to lever up on deals. Simply put, an 80 percent leveraged deal with a 5 percent non-compounded rise in asset values, means a return on investment of 25 percent. “When there is an active, deep, attractively priced debt market, you can execute larger leveraged go-private transactions,” Butcher says.

For the management teams looking to go public without big names, a number of factors must be in place from the start, Decker notes. Strong balance sheets with low debt are essential. The IPO must be structured with a mix of institutional and retail investors. Management must be focused and not ready to cash out.

Strong, committed management teams are also critical. In the case of Aviv, Bernfield and his colleagues have carved out a niche of owning triple-net leases of skilled nursing facilities. With the retirement of baby boomers, it has become a growing market. But Bernfield’s team also brings reputation, knowledge and deep operational experience in the subsector of skilled nursing facilities.

“You have to know when to buy, lease, underwrite, own and invest in them over a long period of time,” he says. “Our competitive advantage is going to put us in a position to satisfy our investors’ appetite for growth.”

While 2013 has been a notable year, there’s still a demand for IPOs, acoording to Decker.

“We still are in almost desperate need for new institutional capital sources, or for some existing institutions to welcome some new companies to fuel the growth,” he says. “There is a market if it is well-structured and we can court the capital.”

Despite the choppiness in 2013, things are still looking up, Lazarus adds. “We have an environment where we have stability, with improving real estate values and fundamentals,” he says.

Charles Kennan is a regular contributor to REIT magazine.