New research indicates that pension funds would have benefitted from increasing their allocations to stock exchange-listed Equity REITs. 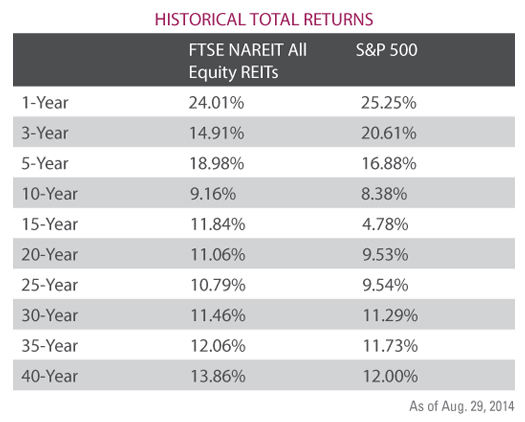 Comparing widely recognized asset class benchmarks, stock exchange-listed Equity REITs have been one of the top-performing asset classes for long-term investors, having consistently provided higher total returns than the broader equity market over investment horizons as short as five years and as long as 40 years.

But how has owning or not owning REITs impacted the reported investment performance of actual portfolios, specifically the portfolios of public and corporate pension funds?

A new study prepared by Toronto-based investment consultant CEM Benchmarking and sponsored by NAREIT attempts to answer that question. The findings suggest that higher allocations to listed Equity REITs would have improved the portfolio investment performance of these large institutional investors on average over the period studied.

CEM examined the actual performance over the 14-year period 1998-2011 of more than 300 large pension funds holding a combined $2.8 trillion of assets under management. CEM looked at the performance of a broad set of 12 asset classes, both gross and net of fees. CEM also studied portfolio allocations and how they changed over time. Finally, CEM explored how these portfolio allocation decisions, asset class returns and investment costs affected actual pension fund performance. 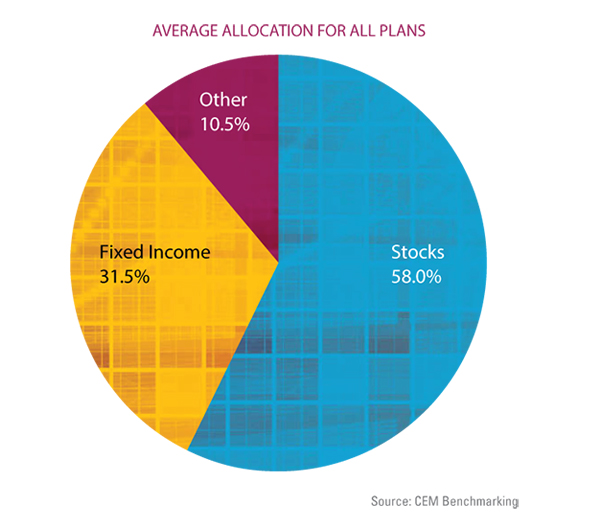 “The average asset allocations of pension funds in the United States that are included in our study have changed dramatically in this time,” Beath says. “Those changes caused large corresponding changes in average portfolio return performance.”

“What our analysis reveals is that the costs of investing in listed Equity REITs are about half or even a third of the costs of investing in private real estate, which are over 100 basis points,” Beath says. “Over 14 years, this difference becomes magnified, and you find that reported investments in equity REITs outperformed reported investments in private real estate on average in terms of net returns.”

Greg Spick, a portfolio manager who oversees the real assets allocations for the pension fund of delivery services giant UPS, describes himself as “a big believer in REIT exposures.” He says the study’s findings regarding costs are consistent with his experience.

Spick cites a number of other benefits of REIT investment, such as liquidity and transparency.

“I can build a pretty sizeable position in REITs pretty quickly if I see an opportunity,” he says. “I think the alignment of interests within the REIT space is and continues to be pretty strong. At the end of the day, we all want to see the share prices go up.”

So, just how much of a boost could larger REIT allocations provide to the typical pension fund included in the CEM study?

CEM used the reported information on realized net returns to estimate the marginal benefit or loss to the average annual portfolio net return that would have resulted from a one percentage point increase or decrease in allocation to each of the 12 aggregate asset classes. The exercise demonstrated that increasing allocations to long-duration fixed income, listed Equity REITs and other real assets, such as infrastructure and commodities, would have had the largest positive impact on average plan performance. For example, for an average-sized plan with $15 billion in assets under management, a one percentage point increase in the allocation to listed Equity REITs would have boosted total net returns on average by $180 million over the 14-year period studied.

“When you realize that U.S. defined benefit pension plans hold some $7 trillion of assets and that these assets are going to be providing the retirement income to millions of Americans, you realize that the asset allocation decisions made by the plans are of the utmost importance,” Beath said.